Coach Criticized For Damaging Unsold Bags, But This Problem Is 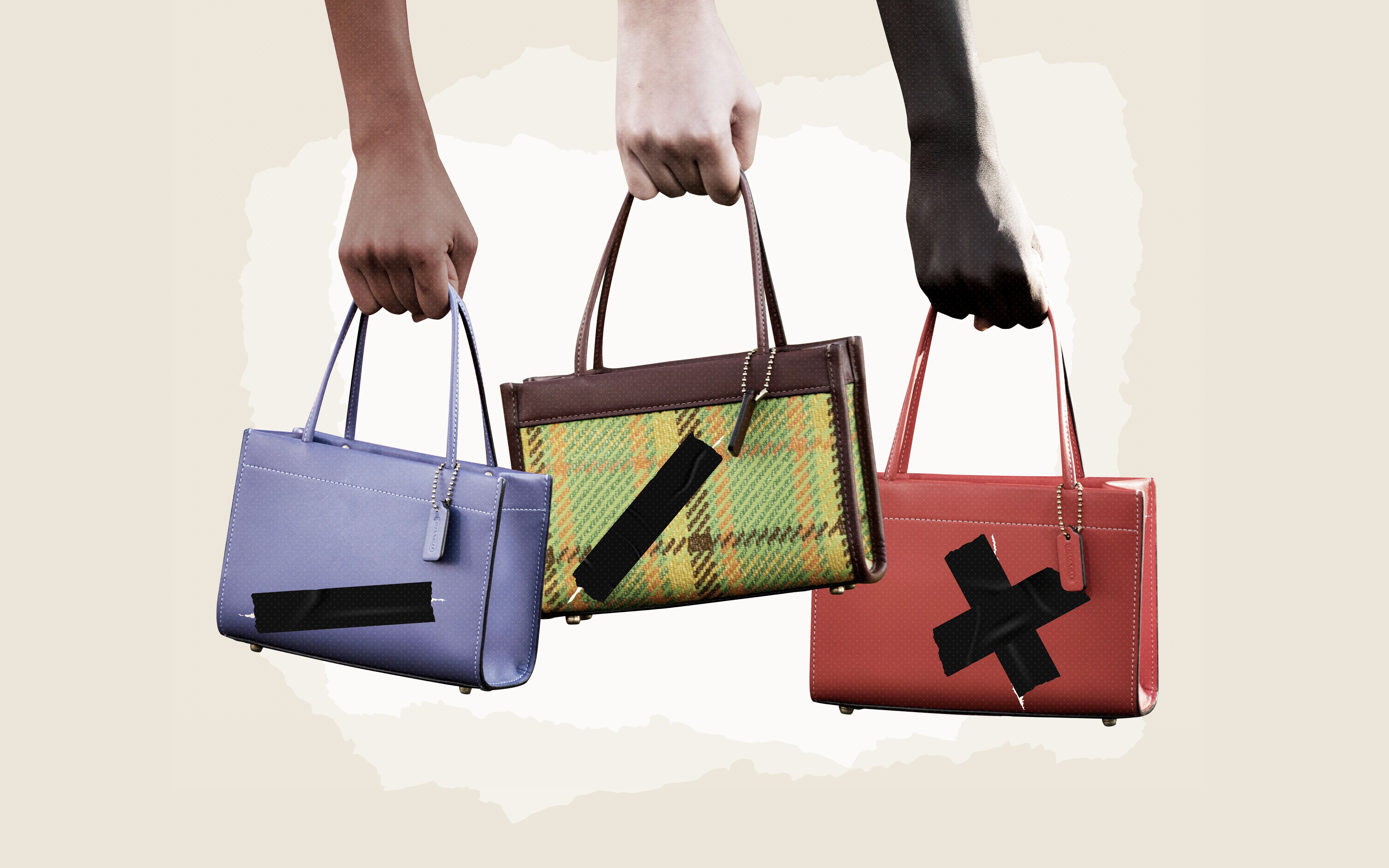 The luxury brand recently came under fire for slashing and throwing away unsold products — a well-known practice in the fashion industry.

“So excited to show you all the Coach purses I bought,” Tiktoker Anna Sacks (aka The Trash Walker) says, presenting bag after bag to her viewers. “As you can see, they’re all slashed, which is Coach’s policy. This is what they do with unwanted merchandise. They order an employee to deliberately slash it so that no one can use it.”

The New York City-based environmental activist posted the now-viral TikTok — since amassing some 2.9 million views — on October 10 after purchasing the products from Texas-based influencer and dumpster-diver Tiffany She’ree. Soon after, the news was amplified by Diet Prada, a fashion watchdog Instagram account, and widespread online rage over the luxury fashion brand’s behavior, namely for its purported hypocrisy in promoting sustainability, took hold.

Days later, Coach posted a response on its Instagram. “We are committed to sustainability,” the statement reads. “We have now ceased destroying in-store returns of damaged and unsalable goods and are dedicated to maximizing such products’ reuse in our Coach (Re)Loved and other circularity programs.”

It may have been too little, too late for some, though, with a number of IG commenters calling the brand performative and others vowing to never again buy from Coach. But while the luxury fashion house may be left holding the bag, the practice of brands throwing out unsold merchandise is nothing new.

“This has been happening for years and years,” says Anika Kozlowski, assistant professor of Fashion Design, Ethics and Sustainability at Ryerson University. “It’s a super old fashion problem.”

Throughout fashion history, many retailers have been caught in similar scandals. Take London-based luxury fashion house Burberry, which came under fire (literally) in 2018 for burning unsold merchandise.  In the fast fashion world, Swedish retailer H&M was exposed by The New York Times in 2010 for cutting up clothing that hadn’t been purchased. It happens in Canada, too: Just last year, bags of destroyed children’s clothes from apparel outfit Carter’s were discovered outside Dufferin Mall in Toronto.

So, why does this happen? Kozlowski says there’s typically two motivations. First is the financial incentive, as companies are refunded on customs duties for destroyed unsold merchandise. Secondly, luxury brands participate in the practice to protect the prestige and exclusivity of their products.

“It becomes less about the money or the economic value, but more about the brand trying to protect the symbolic and cultural value around the products, which is then encouraging them to engage in these practices,” says Taylor Brydges, a post-doctoral research fellow at the University of Toronto’s Centre for Urban Environments, a transdisciplinary research hub.

The Coach damaging bags controversy erupted as the brand had been promoting its sustainability efforts, like its in-house bag repair program and Re(Loved) initiative (not currently available in Canada), which allows customers to trade-in pre-owned bags for store credit, to be “recycled or reimagined” by Coach, according to its website. Customers can then purchase the redesigned and restored bags as part of the Coach (Re)Loved collections.

Joon Silverstein, the global head of sustainability and digital at Coach, told WWD the amount of product destroyed by stores represents less than 1 per cent of the brand’s global sales, and over 40 per cent of Coach’s retail stores have ceased damaging products. Coach’s parent company, Tapestry Inc. — which also owns Kate Spade and Stuart Weitzman —  also recently announced a commitment to reaching net-zero global emissions by 2050. At the time of publication, Tapestry Inc. has not responded to FASHION’s request for comment.

Despite touting eco-friendly commitments, Kozlowski says, for the most part, large brands that preach sustainability are greenwashing: attempting to appear environmentally conscious while practicing harmful methods behind the scenes. To be able to meaningfully claim sustainability, she says brands must decrease the amount of product being produced, pay a living wage (especially to those in precarious positions, like garment workers), remove synthetics from product lines, and look to scale down and implement “degrowth” —  reducing the energy and resources used across the entire operation.

The fashion industry is producing more than ever before, Brydges adds. Since the introduction of what she calls “first generation” fast fashion in the 1990s, companies have sought to encourage consumers to shop more often, resulting in a constant cycle of production. “We’ve gone from four seasons a year to clothing coming into stores weekly, and now with ultra-fast fashion brands, [we’re seeing] daily drops of clothing,” she says. “So our relationship to clothing has fundamentally changed in response to industry changes. There’s just more clothes available to us at increasingly lowered prices.”

A 2021 study by non-profit organization Fashion Takes Action, which Kozlowski contributed to, found that in Canada, textile waste is rarely tracked and is usually marked as “other” — this lack of data further exacerbates the problem. Because we have a limited understanding of the amount of textile waste we’re producing, it’s difficult to then figure out how to divert that waste from landfills, Brydges says.

“We pay for municipal waste systems, and it’s very expensive to manage sanitary landfills, which is what we mostly have in North America. So, indirectly, North American taxpayers are paying for products to be disposed of, while these companies are getting refunds for destroying them.” Waste in the fashion industry is a systemic issue, and Ryerson University’s Kozlowski says politicians can enact meaningful change. “Governments need to ensure that this is not happening with products that can be reused.”

When it comes to the role retailers can play, Kozlowski and Brydges agree brands should assume responsibility for what happens to an item at the beginning, middle and end of its life cycle. “[Brands should be] thinking before the item is even made, ‘What do we want the life of this garment to look like?’” says Brydges. “But that’s a completely different mindset than what most of the industry is currently defined [as].”