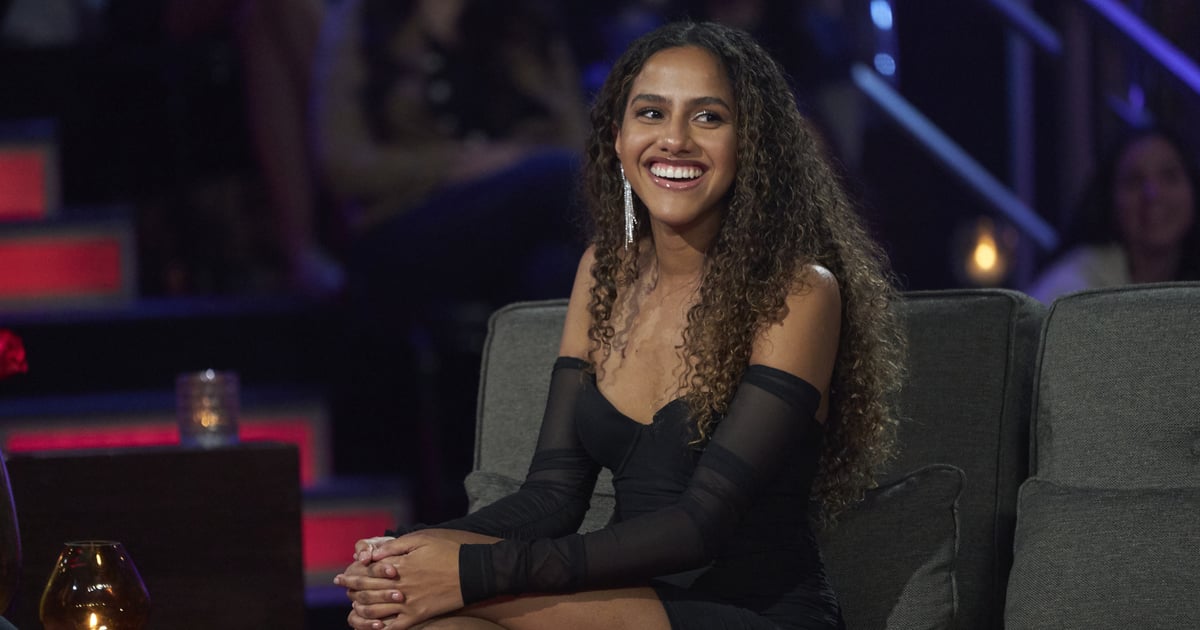 As POPSUGAR editors, we independently select and write about stuff we love and think you’ll like too. If you buy a product we have recommended, we may receive affiliate commission, which in turn supports our work.

There’s always a lot to unpack in the two-hour “Women Tell All” special of “The Bachelor.” Season 26 was no different, but Bachelor Nation had their eyes on one popular contestant in particular: 25-year-old nurse Teddi Wright.

According to fan pages and Twitter accounts, Wright wearing a little black dress for this episode is no accident. In fact, it’s been a trend among women in the past who were about to be announced as the next Bachelorette. Previous contestants who wore black include Hannah Brown, at the end of season 23, and Michelle Young and Katie Thurston, both of whom were on season 25.

Wright’s black dress does come with a trendy update: a pair of sheer mesh gloves, just like many minidresses of the moment. Retailing for $70 at Oh Polly, the dress has an underwire bust for added support and a removable neck strap. She finished accessorizing with heart-shaped statement earrings from Windsor and a pair of glittering ankle-strap sandals with a lucite heel. Both accessories highlighted her metallic silver eyeshadow.

Wright says she’s open to the idea of being the Bachelorette, but we may not have a final answer until Tuesday, March 15, when producers are expected to make the announcement. In the meantime, read on to shop her Oh Polly dress.