Hill House Nap Dress: The Garment That Blossomed Into A 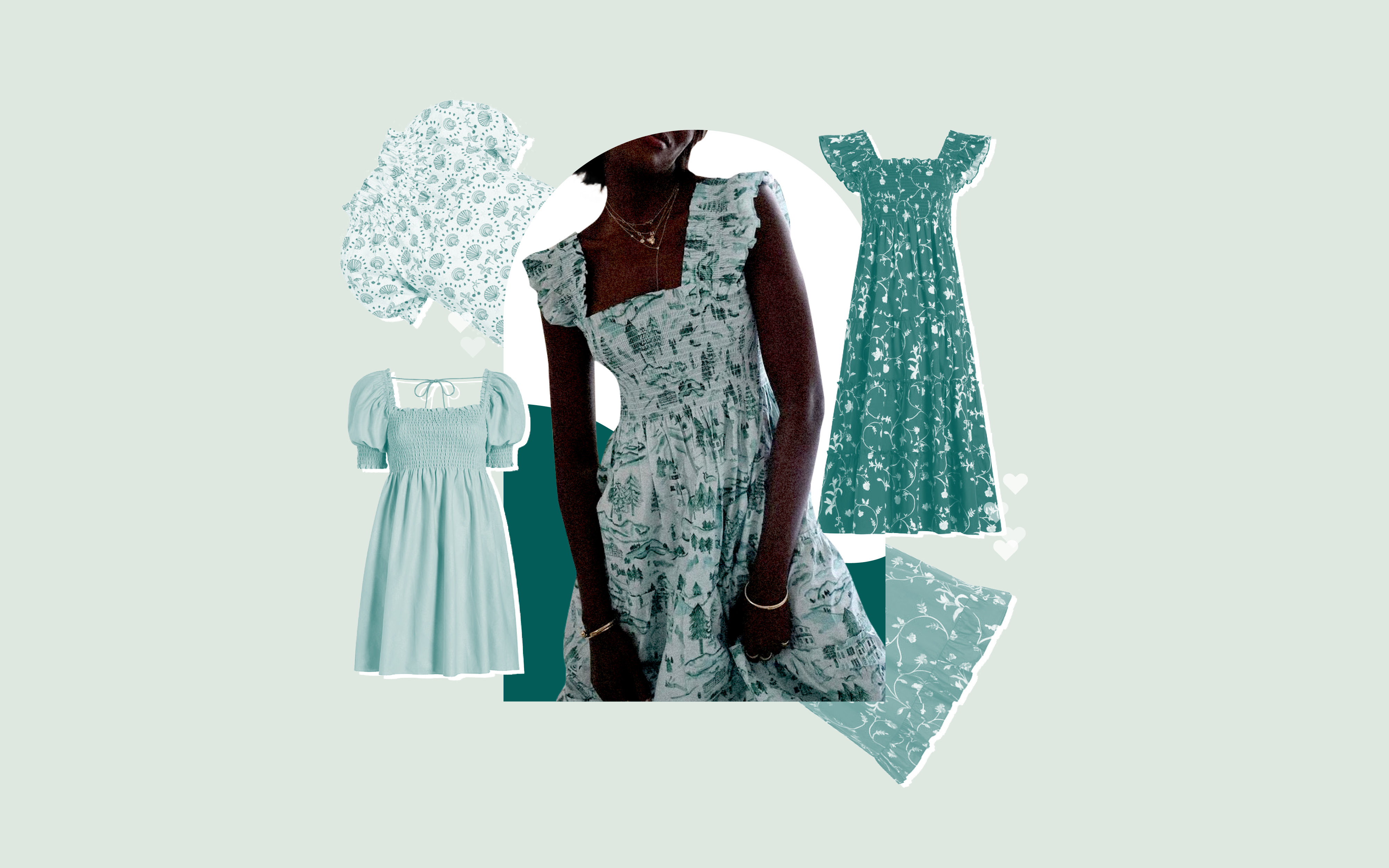 If you’re one of the brave souls attempting to purchase a holiday Nap Dress from Hill House during tomorrow’s launch, then good luck — you’re going to need it.

Founder and CEO Nell Diamond’s prairie girl-meets-Bridgerton brand has become one of the most coveted clothing items to ever come out of social media. Initially launched in 2016 with a focus on bedding, everything changed for the NYC label in August 2019 with the introduction of the Nap Dress.

The premise is simple: a cotton dress made up of a tiered layered skirt, smocked bodice and ruffled sleeves, available in various romantic patterns and colours. But therein lies the beauty. A comfortable dress that allows its wearer to go bra-free while still looking put together was just what the pandemic ordered. Add in the 2020 release of Bridgerton and the cottagecore escapism that the Nap Dress so effortlessly conveys and the brand quickly dominated the fashion industry during a time when many others were struggling to clothe people now locked indoors.

“I wanted to design something that allowed me to feel like myself during a 3 a.m. feeding, when I’m so bone-tired and have four thousand emails, and I’m thinking about taxes and my laundry and my to-do list and the Nap Dress came to be as a solution to a problem inherent in my own life,” writes Diamond on hillhousehome.com.

The epitome of “you snooze you lose,” the limited-edition dress drops sell out within minutes, with Forbes reporting the company sold US$1 million worth of inventory in less than 30 minutes last spring.

Now, I know what you’re thinking: “Wow! This is the Squid Game of online shopping.” And while that’s indeed true, in a refreshingly positive turn of events, the competition to score a Nap Dress has blossomed into a supportive community.

One of the most popular platforms for aficionados to share their love for Hill House is the Facebook group Nap Dress Nation & Grandmillenial Inspiration. With over 2,000 members, the page is a collage of women from around the world sharing photos of their ensembles, asking advice on which styles they should purchase and links to look-a-like versions at a fraction of the near US$200 price point.

But Hill House’s own social media has also done an excellent job translating the brand’s essence into an enthusiastic gathering of people who share the same aesthetic. Diamond regularly hosts Q&As on Instagram stories where shoppers are encouraged to ask about the new collection and share the dreamy imagery synonymous with the label.

Madeleine Taylor, the owner of multiple Nap Dresses from Toronto, says the sense of community and brand loyalty to Hill House is what initially attracted her. “I started following Hill House’s Instagram account a while ago, and it was just clear that the women behind the brand love what they do,” she notes via email. “The company seems to listen to feedback, and the designs they release are actually designed for millennials by millennials.”

But don’t be fooled — there’s depth to the obsession. If not, the Nap Dress would’ve died alongside lockdown protocols months ago. Perhaps call it the fem-aissance, but after years of activewear and streetwear dominating the fashion conversation, many shoppers are eager to express a more traditionally feminine aesthetic, including Ontario-born Maria Jurewicz who owns six Hill House frocks and counting.

“While everyone else was at the peak of their athleisure looks during the pandemic, I wanted something as (if not more) comfortable that still reflected my more polished style,” shares Jurewicz. “There’s power in embracing your femininity.”

For Nap Dress Nation, a dress simply isn’t a dress — it’s a symbol for wearing whatever the heck you want, free of judgement or pressures to conform to others’ idea of “cool.” To label it a mere hobby is to downplay the importance of finding and connecting with like-minded people,  something which has sorely been missed over the past year and a half.