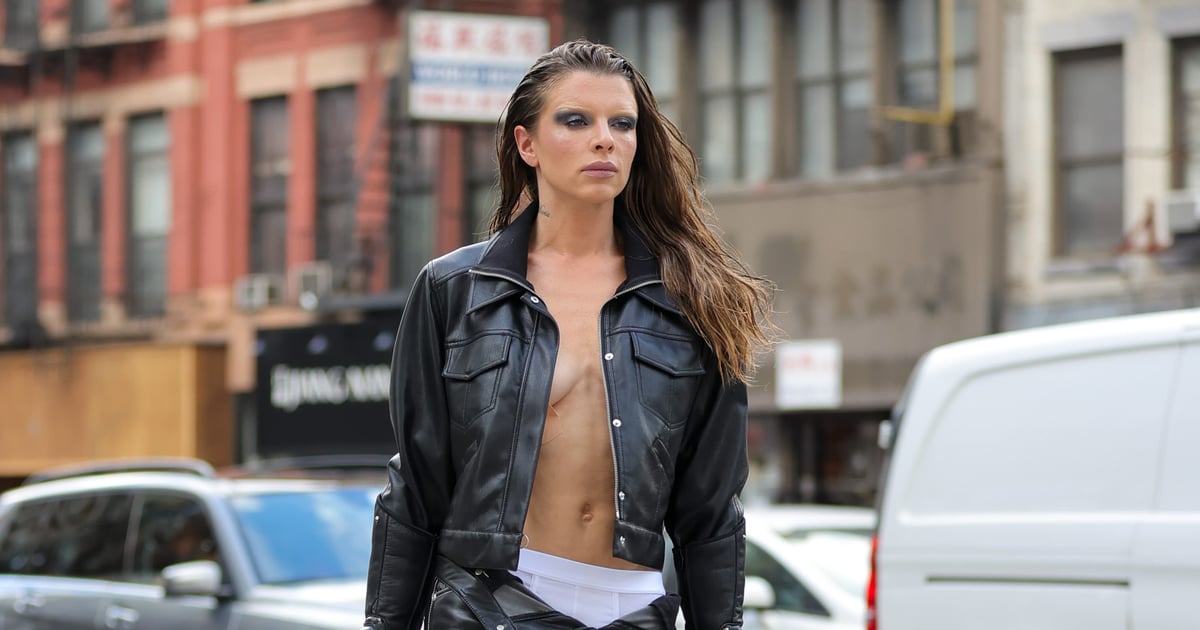 She’s a cover girl. Fresh off appearances at New York Fashion Week, Julia Fox just dropped a new cover for ES magazine that’s channeling some serious Halloween vibes. The daring look, while perhaps a bit more gore-themed than her everyday ensembles, isn’t particularly out of line with the revealing, asymmetric, and sometimes even gravity-defying outfits that she wears on the regular.

The 32-year-old actress shared the cover, which was styled by Briana Andalore and photographed by Richie Shazam, on her Instagram. In the image, with her long floor-grazing brunette hair parted down the middle, Fox stares out at the camera through a hole in a chain-link fence. Her dress brings together a mix of materials, seemingly made up of black tape and red lace, which are meant to resemble blood. Black patent elbow-length gloves completed the spooky outfit, and multiple strands of red beads played up the bloody visual theme.

The dress is a creation of LeMÁine, a fashion designer in the UK who crafts both dresses and separates that look like blood. In fact, on the designer’s website, the collections are described as “contemporary haute macabre.” The gloves are a design by XXXY Paris.

Just this week, Fox was spotted at New York Fashion Week in an ensemble comprising a duct-tape bra and two pants in one. That outfit followed similarly head-turning style moments, like her latex cutout dress and a DIY denim look.

Prince George, Princess Charlotte and Prince Louis to Start a

Blade Runner 2099 Gets a Series Order at Amazon Studios

‘Floor Is Lava’ First Look: Everything Is Hotter in Season

Viewers Unable to Make it Through First Episode of Netflix’s