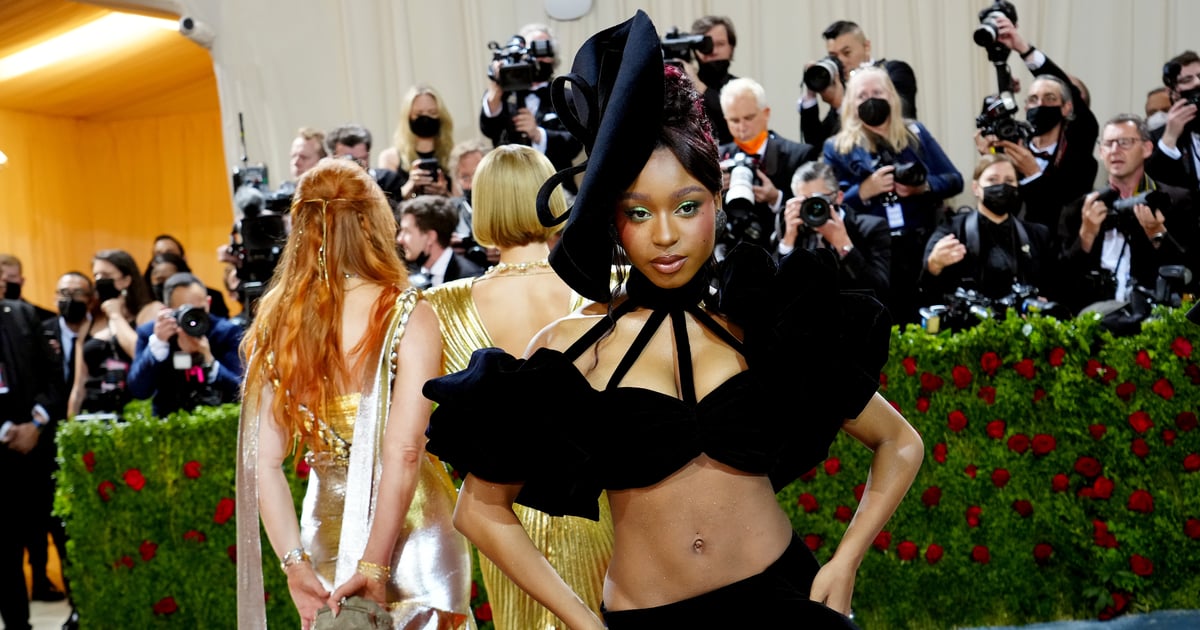 Normani brought a sexy silhouette to the 2022 Met Gala. In her second time attending the exclusive fashion event, the singer wore black velvet Christian Siriano separates consisting of a low-rise tiered skirt and bra top with puffy sleeves, offset by a choker neck and connected by straps at the bust. Normani paired the outfit with a sculptural fascinator, also in black, and statement earrings.

Despite the “Gilded Glamour” theme, Normani is one of many attendees to wear black to this year’s Met Gala, including Janelle Monáe, Maude Apatow, and Phoebe Dynevor. Though she forwent the more literal interpretation, Normani’s skirt does evoke silhouettes associated with the late 19th century, also referred to as the Gilded Age in the United States.

Normani described Siriano as an artist and designer she looks up to. “I know I can be a bit of a challenge, but we really collaborated on this look,” she said in a red carpet interview with Vogue. “I love that he was really willing to go and break the rules — I have my stomach out.” The dramatic black outfit contrasts the vibrant yellow Valentino gown Normani wore to her first Met Gala last year.