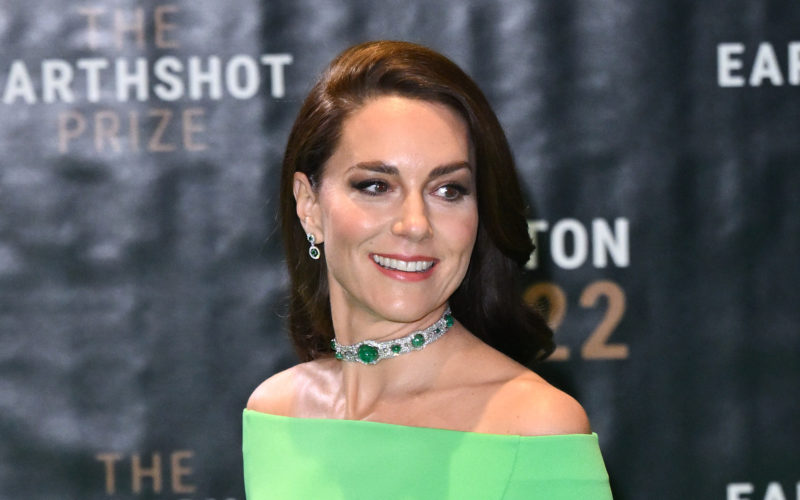 The royal jewels have had a full social calendar as of late, with two well-known pieces from Princess Diana’s jewellery collection adorning Kate Middleton and Meghan Markle at separate gala events in the last week. First, Kate Middleton wore one of her late mother-in-law’s most recognizable pieces to the Earthshot Prize Awards in Boston on December 2. Then, on December 6, Meghan Markle wore a famous aquamarine Princess Diana ring to the Hope Gala in New York City.

The newly crowned Princess of Wales wore a striking emerald and diamond choker on December 2, a piece that was famously worn by Lady Di in 1985 as a headband. (Iconic.) This was the first time the necklace has been worn in public since Diana last wore it in 1997. According to royal lore, Diana wore the choker on her head by happy accident. Instead of clasping it around her neck, she tried to fit it over her head, according to royal biographer Kitty Kelley. The choker got stuck but insetad of removing it, the fashion-forward princess decided to leave it on as a headpiece. 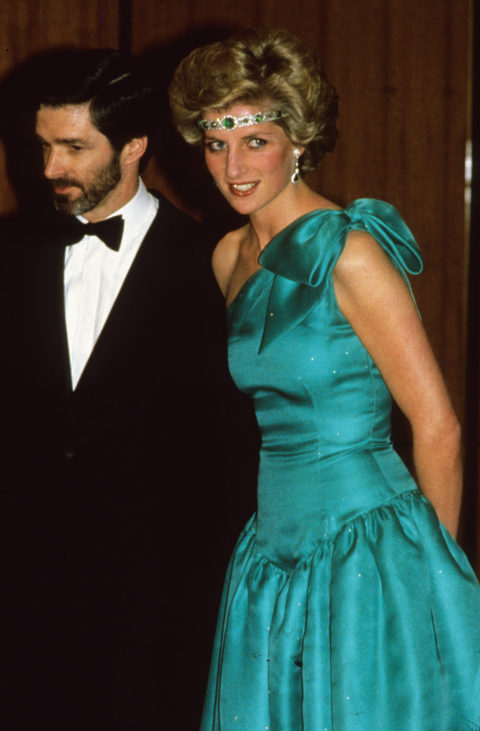 Princess Diana wearing an emerald necklace as a headband at a gala on October 31, 1985 in Melbourne, Australia. (Photograpy by Anwar Hussein/WireImage)

Kate Middleton wore the Art Deco necklace, originally given to Queen Mary by the Ladies of India in 1911, to the Earthshot Prize Awards, a ceremony awarded to five winners each year for their contributions to environmentalism. Her husband Prince William created the prize in 2020 in an effort to combat climate change. The emerald choker was gifted to Princess Diana by Queen Elizabeth after her wedding to King Charles. Princess Kate paired the archival piece with a vibrant green Space London dress that was in fact rented from the U.K.-based rental platform Hurr. We love a royal sustainability moment! 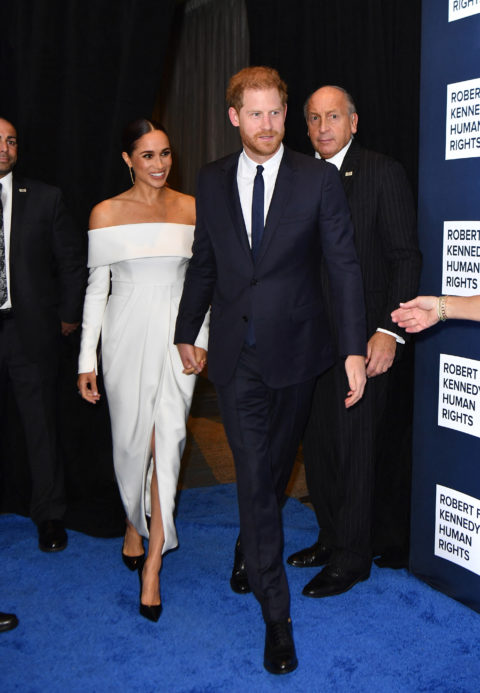 For her night on the town, Middleton’s sister-in-law Meghan Markle donned a large aquamarine cocktail ring to the Ripple of Hope Award Gala in NYC, wearing the eye-catching sparkler with a custom white Louis Vuitton dress. This was the first outing for Markle and Prince Harry since the trailer for their somewhat scandalous Netflix documentary dropped. The Duke and Duchess of Sussex were honoured at the Ripple of Hope Awards “in recognition of their work on racial justice, mental health, and other social impact initiatives through their Archewell Foundation.” 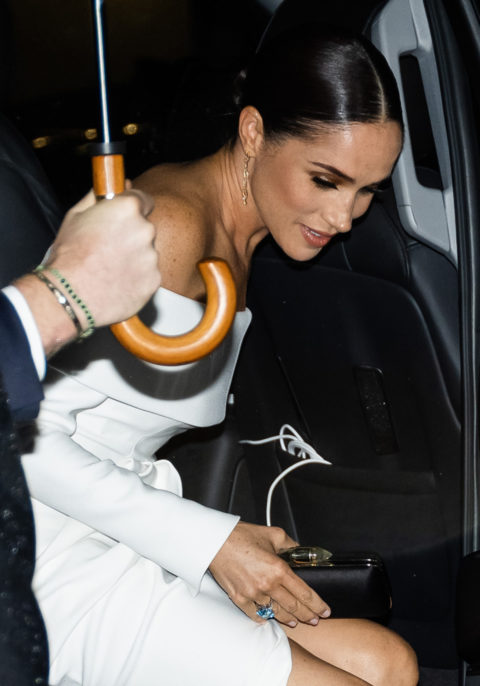 Markle famously wore the Princess Diana ring on her wedding day, using it to accessorize her Stella McCartney wedding reception look with “something blue.” The ring was reportedly commissioned by Princess Diana as a replacement for her engagement ring after her 1996 divorce from Charles.

8 Songs You Should Listen to Now: This Week’s Pitchfork