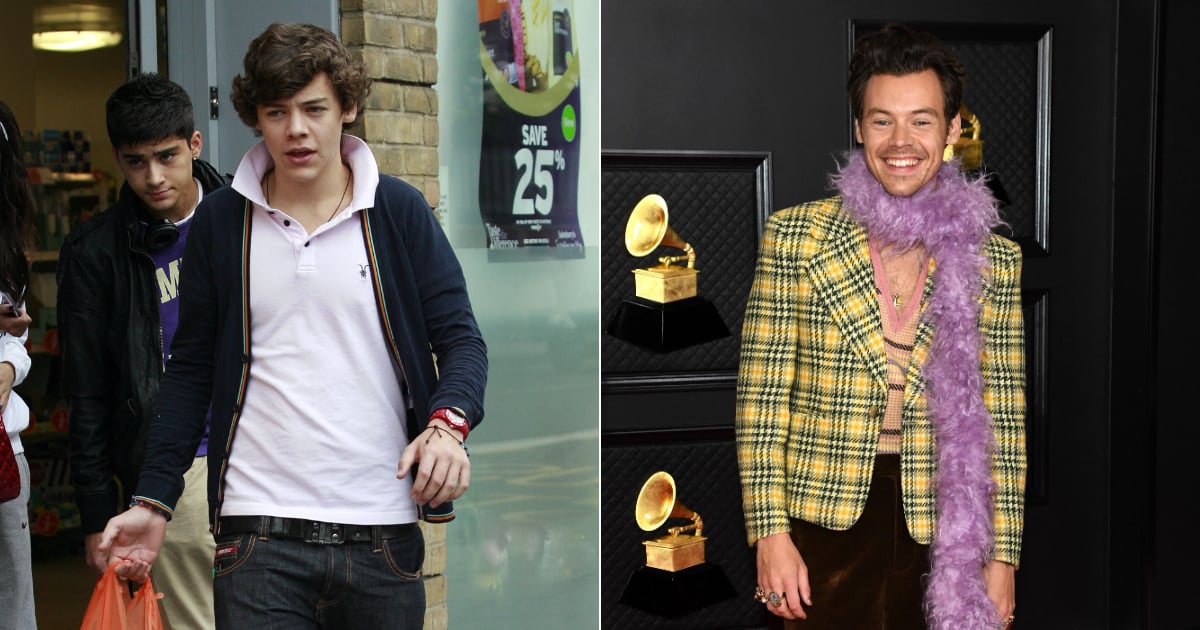 Harry Styles’s style might be making headlines now every time he walks out his front door, but that wasn’t always the case. In fact, when he first emerged into the public eye, his look was anything but unique. Almost 15 years ago, walking the red carpet with his One Direction band members, he was just another teenager in a polo shirt and jeans, styled with a pair of basketball-style sneakers. Harry Styles’s outfits revolved around a hoodie sweatshirt, joggers, and graphic tees like most boys his age.

Today, Harry Styles’s fashion is lauded as much as his musical talents. Partnering with brands like Gucci, wearing pieces considered traditionally feminine, and opting for ’70s-inspired tailored menswear, Styles is one of the most celebrated dressers on the red carpet.

And Harry Styles’s street style is just as interesting. For outings around Los Angeles, for example, he often reaches for a stylish everyday uniform. He’ll pair skinny jeans with a printed button-down shirt or a cashmere sweater. Depending on the weather, the “Watermelon Sugar” singer might layer a peacoat on top to add warmth and make the look even more polished. And finally, you’re hard pressed to catch the 28-year-old star outside without his boots, whether he chooses Chelsea boots or a more classic style.

His performance outfits are markedly different, however, as that’s where his style is at its most flamboyant. In the past, he’s worn a pink furry jacket with nothing underneath, a sequin catsuit, and of course, a much-discussed fuzzy purple boa.

Ahead, see Harry Styles’s style evolution through the years, chronicling his outfits from the street to the red carpet and beyond.

Nascondino (Hide & Seek) – Portrait of a boy on