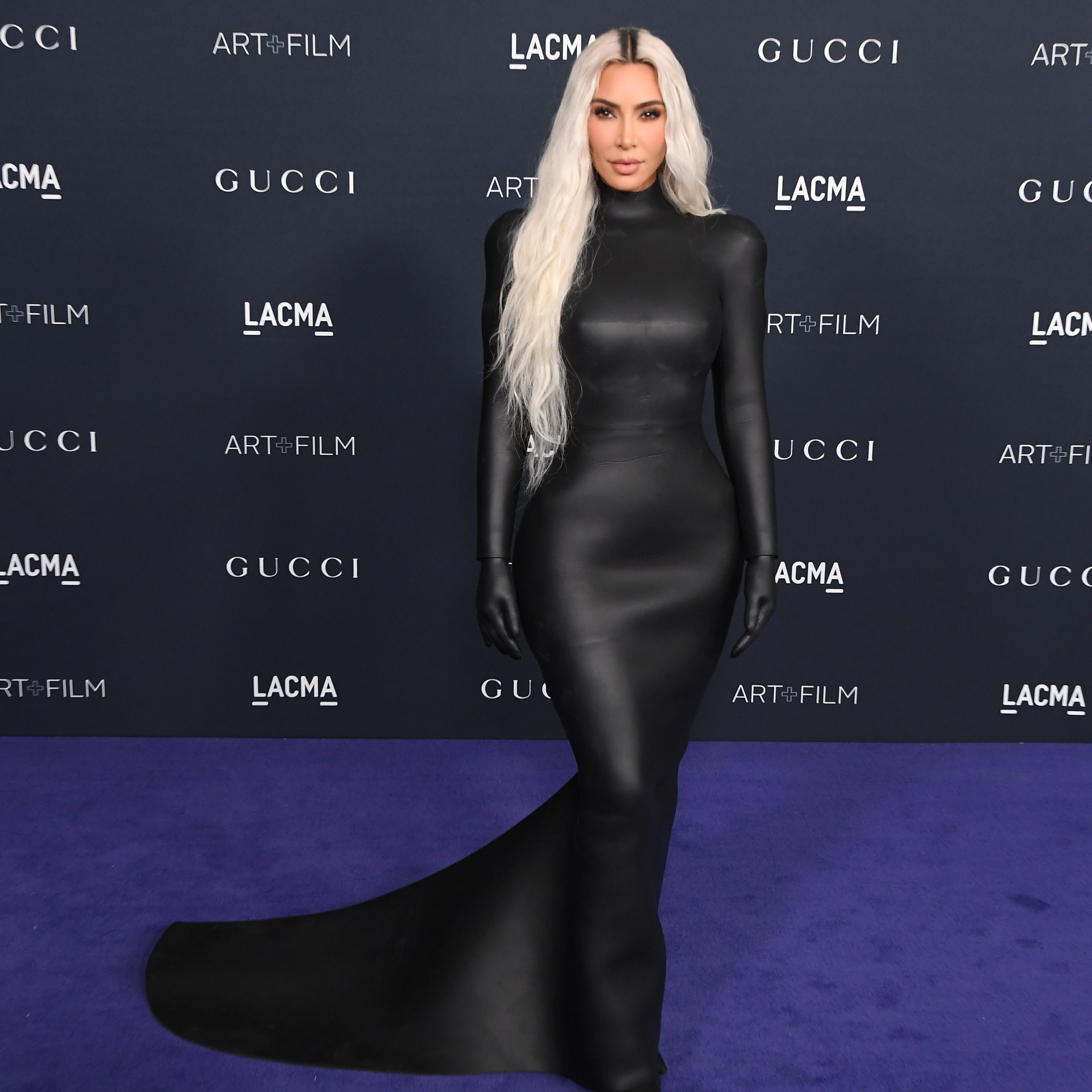 Two writers debate whether the reality-TV celebrity and entrepreneur is actually fashionable or just super famous.

By Jordan Adrienne and Jennifer Nguyen

It’s impossible to ignore Kim Kardashian’s fashion looks. No matter what the reality-TV star wears, you can guarantee it will be the top trending topic the next day. But is she actually stylish or just really, really famous? Two writers weigh in.

Kim Kardashian Is a Fashion Icon

Love her, hate her or hate to love her, Kim Kardashian’s style is irresistible. Even the reportedly once reluctant Anna Wintour has seemingly changed her mind. Kim is the original social media influencer — and has been for many years. Now, at 41, she’s traded in her Hervé Léger bandage dresses for experimental Balenciaga couture. (Have you seen her in the Fall 2022 campaign?) So, in my mind, it’s not up for debate: Of course she’s stylish!

Think about it. Kim is constantly ahead of the curve. She taught us the importance of contouring and led the biker shorts renaissance. (You’re welcome!) While her outfits might seem daring at first, it’s because the rest of us haven’t caught up to her yet. Without fail, a year later, we’ll all be doing our best Kim K emulations, and the body-con dresses and catsuits that people once mocked will be sold by mass retailers. Coincidence? I think not.

Let’s also not forget about the success of Skims — the underwear, loungewear and shapewear brand Kim founded, which was reported to be worth $4.21 billion in January of this year. Are you telling me that everyone who purchased her clothes is wrong? Making something that popular takes talent and, more importantly, style — and Kim clearly has both of these.

Sure, her critics might say she’s only trendy because she’s rich. However, there’s a difference between owning luxury items and knowing how to style them. This is something that Kim has mastered in her post-Kanye era, where oversized sunglasses, crop tops and pantashoes (Google it!) are her everyday uniform. Of course, Kanye was integral to Kim’s ascendance into high fashion. (We all remember the Keeping Up With the Kardashians episode where he purged her wardrobe.) But it’s a testament to her own fashion sense that she has continued to look fabulous since their divorce. In fact, I would say she’s taking even more risks on the red carpet and keeping her everyday wardrobe effortlessly chic. With her every evolution, Kim’s distinctive touch remains the same, and she doesn’t apologize for any of it.

In short, Kim has earned the “style icon” title. She’s been influencing fashion for years, which has rewarded her with acknowledgement from the fashion industry and her fans alike. In the words of The Kardashians star herself (and the popular TikTok audio), looking this good is “a full-time job and it’s extremely time-consuming and it’s not as easy as it may appear to some people.” So show the queen some respect!

The library is open, and I am ready to read Kim Kardashian to filth. Now, before you tell me to keep my voice down, allow me to clarify that I don’t JUST hate her for being famous for the wrong reasons or for how she outrageously flaunts her wealth (although that is reason enough). My hate for her lies deeply in her sense of style. Despite Kim’s lavish lifestyle, she manages to cheapen everything she touches due to her lack of understanding of and connection to what she wears. So, instead of biting my tongue and scrolling past another picture of Kim in a latex outfit, I’ve decided to break my silence.

Explaining Kim’s fashion sense is like experiencing an itch I can’t scratch. She mixes and matches carelessly — from Barbie to baddie core and everything in between — similar to a kid playing dress-up. And also like a child, Kim doesn’t make style decisions for herself. When she’s not shaping her ensembles around whatever she’s being paid to advertise (I’m not here for a blatant #AD), she lets her romantic partners (cough, Kanye) choose clothing for her and, by default, control her. She has said before that when she and Kanye were married, she’d ask for his opinion about everything, putting HIS preferences above her own. I don’t know what’s worse — how Kanye used Kim as an accessory or how she just LET HIM.

Also, am I seeing double? I know hating on outfit repeaters is SO 2016 — we stan sustainability! — but Kim just wears the same basic-yet-slightly-different look over and over again. Overconsumption AND ugly? Count me out! PS: Kim, stop trying to make corsets worn over bodysuits happen. It won’t!

And then there’s the cultural appropriation. Whether she’s wearing a nath (at the recent Jean Paul Gaultier show) or Fulani braids (in 2018), it seems that the only thing consistent in Kim’s repertoire is her desire to steal from other heritages. And let’s not forget the drama surrounding Kimono, the original name for what would become Skims, her shapewear brand.

So, besides enlightening you about Kim’s commodified approach to fashion, her love for gaudy garments and her track record of cultural appropriation, I wish to leave you with a final lesson. While money can buy you clothes, it can’t buy you style. What makes a person stylish is thoughtfulness, their relationship with clothing and how they use fashion as an extension of their being.

And sorry, Kim — that’s not for sale.