‘And Just Like That’ Trailer: Carrie & Big’s Relationship Status 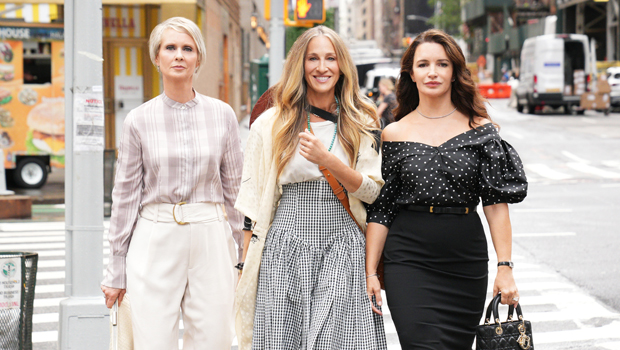 It’s here! HBO Max has officially dropped the full-length trailer for ‘And Just Like That,’ and it shows tons of big changes ahead — especially for Sarah Jessica Parker’s Carrie Bradshaw.

It’s a big day for Sex and the City fans. HBO Max has released the trailer for And Just Like That, the revival series premiering on December 9, 2021, which explores the next wild adventures in NYC for Carrie (Sarah Jessica Parker), Miranda (Cynthia Nixon), and Charlotte (Kristin Davis). The trailer shows the three women back in action in the Big Apple, looking as stylish as ever. It also teases what’s to come between Carrie and Mr. Big (Chris Noth). 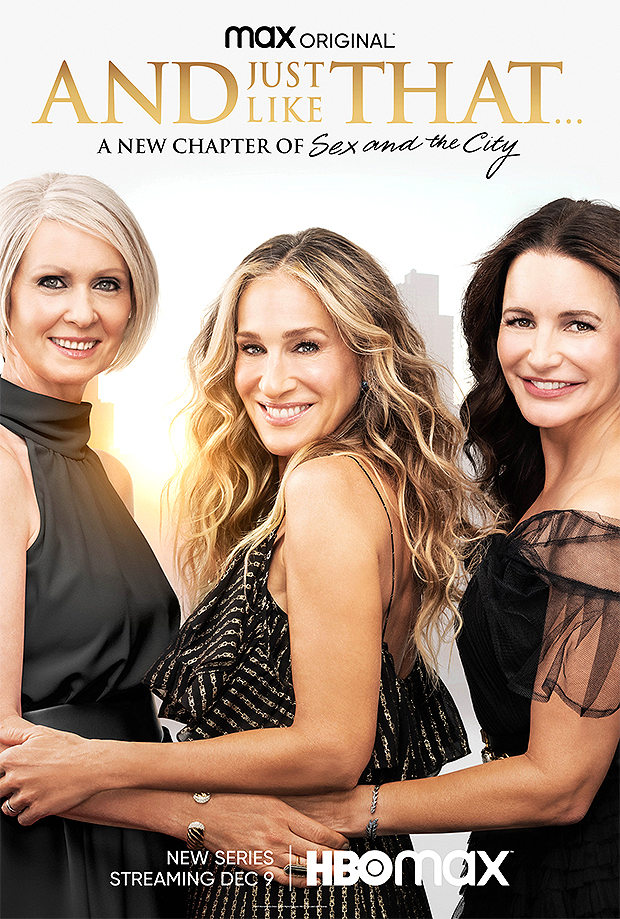 The key art for ‘And Just Like That.’ (HBO Max)

After tons of speculation and theories, Carrie and Big are still very much together in the trailer. Carrie comes home to her massive apartment with Big, and he jokes that he remembers when she kept her sweaters in the stove. They share a sweet kiss in their kitchen. Fans have been throwing out theories that Big could possibly be dead in the revival and featuring him only in flashbacks, or they split after Carrie was seen with Natasha. The trailer seems to be putting all that speculation to rest (no pun intended).

The And Just Like That trailer also gave fans a look at the returns of David Eigenberg as Steve Brady, Mario Cantone as Anthony Marentino, Willie Garson as Stanford Blatch, and Evan Handler as Harry Goldenblatt. Plus, newcomers like Sara Ramírez, who plays Che Diaz, and Karen Pittman, who stars as Dr. Nya Wallace, shine in the trailer.

The Sex and the City revival series started filming in NYC in July 2021 and wrapped in early November. On social media, Sarah said she was “feeling sentimental” as production on the series finished. “This is my last walk, for now, as Carrie,” she confessed from behind the camera, in a video shared on her Instagram account. “Just wrapped an adventure and I’m feeling very sentimental. And that’s it – wow.” 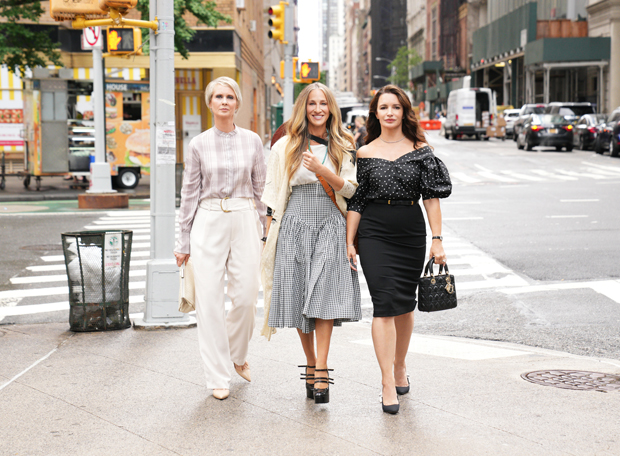 Miranda, Carrie, and Charlotte in ‘And Just Like That.’ (HBO Max)

As fans know, Kim Cattrall is not returning as Samantha Jones. When the revival was announced in January 2021, SJP responded to a fan who commented that she and Kim “dislike” each other. “No. I don’t dislike her,” Sarah said at the time. “I’ve never said that. Never would. Samantha isn’t part of this story. But she will always be part of us. No matter where we are or what we do.”