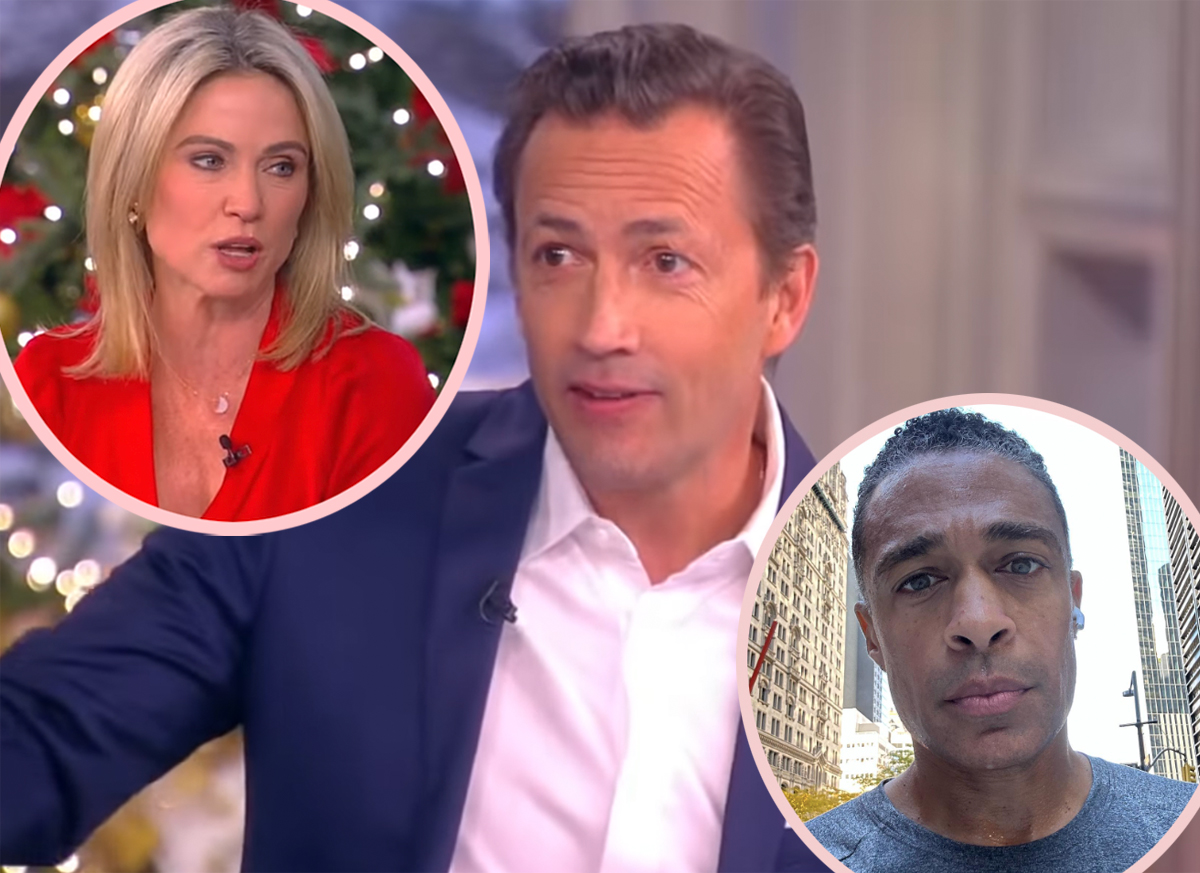 On Wednesday, the Melrose Place actor’s 26-year-old son Nate Shue hopped on Instagram to share a family picture during a vacation to Montana. In the photograph, Andrew could be seen sitting on a green couch next to his oldest kid and two other sons, Aidan, 23, and Wyatt, 18. Amy was noticeably absent from the snapshot, as were her daughters, Ava, 19, and Annie McIntosh, 16, from a previous relationship. But that won’t surprise Perezcious readers much as Amy was recently spotted in an Atlanta, Georgia, airport with T.J. for a little getaway for the holidays (and most likely from the drama). Speaking of which… Andrew’s eldest son also seemed to hint at the affair controversy in the photo caption, writing:

This has no doubt been a tough year for Andrew and his children. As you know by now, Amy and T.J.’s relationship was made public earlier this month when videos and pictures of them getting cozy with each other dropped. And they were both married at this time! Yikes! The news caused quite a stir online, resulting in the network kicking them off the air until they determine if their romance violated company policies.

While the exact timeline of the relationship is unclear, sources have insisted the co-workers didn’t become an item until they broke up with their partners. An Us Weekly insider shared that what started out as a friendship “blossomed” into something more for Amy and T.J., explaining:

“They always had a spark and their work trips away together brought them even closer. [They] have been trying to keep their relationship a secret until they were ready to announce.”

Amy reportedly ended things with Andrew in August and attempted to keep the split on the down low. However, the 49-year-old journalist has yet to file for divorce. She did move out of the New York City home she shared with the 55-year-old actor, so it’s only a matter of time before she legally pulls the plug on her marriage. For his part, Andrew wiped his pictures of Amy from his Instagram account.

Meanwhile, it seemed T.J. wasn’t completely done with his wife, Marilee Fiebig. In fact, Page Six reported she was “blindsided” by the affair news. They were reportedly trying to make things work during a rough patch in their marriage. But clearly, the 45-year-old didn’t have the same plans and is full-steam ahead with his and Amy’s relationship! He officially filed for divorce in NYC on Wednesday.

What a messy situation! It’s no wonder the Shue family are ready to say goodbye to 2022!