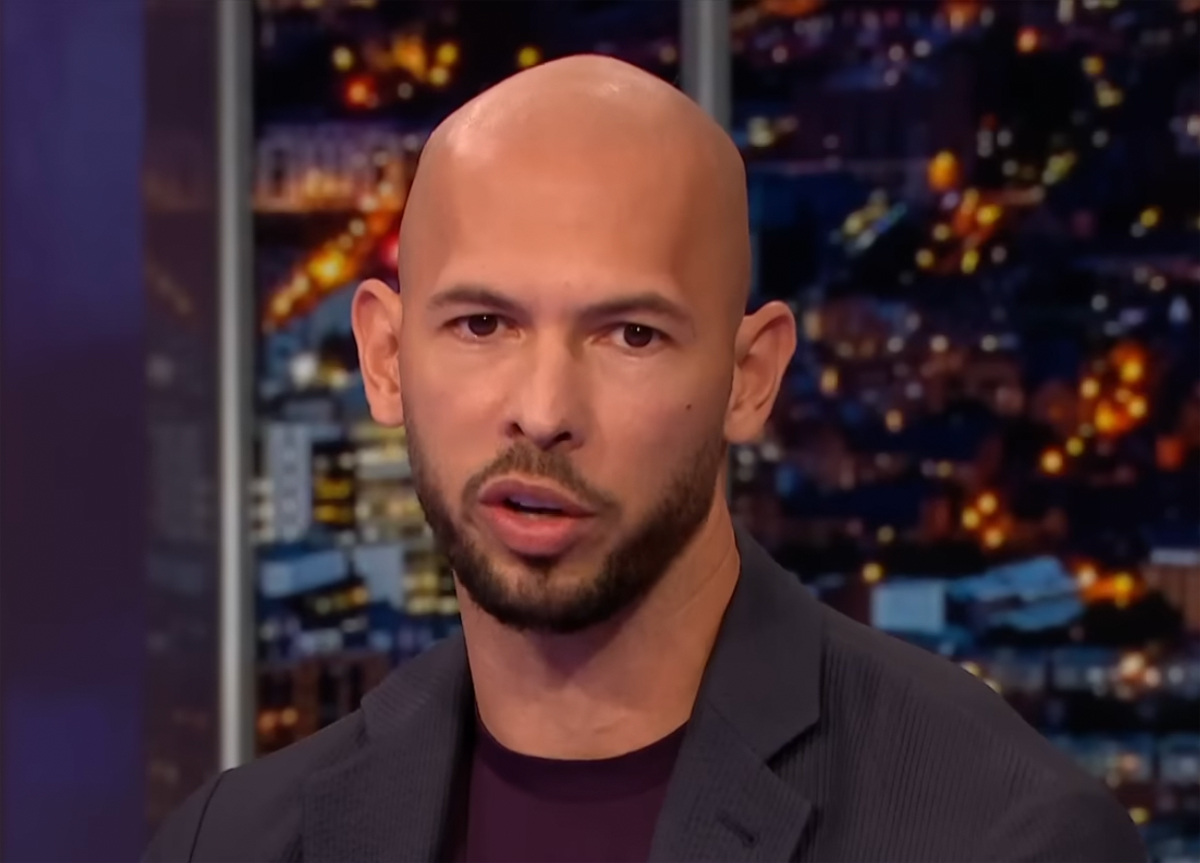 A woman is coming forward to accuse Andrew Tate of sexual assault.

As we’ve reported, the 36-year-old social media personality and his brother Tristan Tate were arrested in December by Romanian authorities for human trafficking after getting into an online battle of words with Greta Thunberg. The two siblings are accused of bringing women to their compound in the country and forcing them to produce explicit content for adult entertainment sites, webcams, and other outlets.

Of course, Andrew didn’t seem to worry too much about getting caught as he bragged about his human trafficking scheme online and was even open about his illegal business while being wiretapped. Digi24 further claimed the victims were not only used to help launder money, they were also “forced to get tattoos” of the words “owned by Tate” on them. Truly creepy and disturbing stuff. And now, the self-proclaimed misogynist has been hit with some more accusations.

According to Vice World News, a woman named Amelia claimed she filed police complaints against Andrew, accusing him of sexual and physical abuse. She told the outlet that she first met the influencer in 2009, but things became romantic between them in 2013. Following a couple of weeks of dating in November of that year, Amelia claimed they went back to his flat one night and were kissing on his bed. When Andrew began to take her clothes off, she said she didn’t want to have sex and he stopped, reassuring her nothing more would happen. However, things soon took a turn. The pair went on to continue kissing, but he then stopped all of the sudden. He quietly sat on the bed, prompting her to ask what was wrong:

“I got up and looked at him and went, ‘What’s wrong?’ This guy literally laid there and went: ‘I’m just debating whether I should rape you or not.’”

From there, Amelia said Andrew’s demeanor completely changed. She told the outlet that he suddenly grabbed her neck and “started strangling me, forcing my trousers off me” and screaming at her to take them off. Andrew allegedly then raped Amelia. During the horrific moment, Amelia recalled that he choked her throughout while saying:

“‘Who do you belong to?’ He’s like, ‘F**king say it bitch. You’re not fucking saying my name, say my fucking name otherwise I’ll kill you.’”

Amelia continued to recall to Vice:

“I’ve never been strangled before. I don’t know if he’s going to stop. And I was so scared. It’s like, whenever you think about being in that situation, you think you’re going to fight back… But I’m telling you, you don’t. Because if you fight back, what else is he going to do to you? He’s a six foot three … champion kickboxer, for God’s sake.”

After the assault, Amelia continued to see Andrew for a few months. She said that she was in denial about what happened for a “very long time,” explaining:

“If I go and see him again, and I want it this time, then I’m not being degraded, then it’s not the R word.’ So that’s what I did. I was like, ‘Right, I’ll see you again… you haven’t taken that control of me. You haven’t hurt me.’”

Amelia eventually ended things with the former kickboxer when he invited her to go away with him for the weekend, and she filed a report with the police six months after the incident. In 2015, she received a call from the Hertfordshire Police who asked if they could include her initial report in an investigation into abuse complaints from two other women. One victim accused Andrew of rape, while another accused him of assault, saying he repeatedly strangled her.

At that point, Amelia handed over her cell phone to police – which included disturbing text messages and voice notes from Andrew. Following the assault, the controversial figure allegedly sent Amelia a text that read:

“I love raping you. And watching u let me while still debating if its a good idea or not.”

“Monsters are monsters. When ur under my control, I do whatever I please.”

When Andrew and Amelia broke up, he remained in contact with her, even sending her a video that showed him breaking a baseball bat on his shin. He then sent a voice note, saying:

“I am one of the most dangerous men on this planet. Sometimes you forget exactly how lucky you were to get f**ked by me.”

Amelia responded, noting that she wasn’t “lucky” to have been strangled and forced to do something “you KNEW I didn’t wanna do.” Things quickly escalated from there. He replied:

“Am I a bad person… because the more you didn’t like it the more I enjoyed it.”

Andrew went on to ask in the voice note if she wanted him to “pin you down and make you do things you didn’t like,” adding:

“You didn’t like that I was thinking I can do whatever I want to you. That’s what it is. I’m the smartest person on this f**king planet.”

And it didn’t end there. He then wrote:

“Are you seriously so offended I strangled you a little bit. You didn’t f**king pass out. Chill the f**k out, Jesus Christ, I thought you were cool, what’s wrong with you.”

Beyond horrific. You can see some of the receipts (below) — but warning: they are very graphic.

These are recreations of WhatsApp messages sent by Andrew Tate, made on Wednesday January 11 by VICE World News, to avoid publishing details that could identify the complainant. pic.twitter.com/L62UvvuKwR

Among the dozens of messages and voicenotes that Tate sent the woman is a voicenote in which he says, “Am I a bad person? Because the more you didn’t like it, the more I enjoyed it. I fucking loved how much you hated it. It turned me on. Why am I like that?” pic.twitter.com/drAFHkvf2d

The evidence led to Andrew being arrested on suspicion of rape in December 2015. However, the case moved slowly, and it took four years before police passed it over to the UK’s Crown Prosecution Service. Ultimately, CPS decided not to bring charades against Andrew in 2019 since they saw “no realistic prospect of a conviction,” per Insider. Making matters worse, the spokesperson for CPS told the outlet on Thursday that their decision has not changed — even after his latest arrest. So, so awful.

We truly hope all of the victims get the justice they deserve after suffering at the hands of Andrew for so long.

If you or someone you know has experienced sexual violence and would like to learn more about resources, consider checking out https://www.rainn.org/resources.

‘Koshchei In Hell’ Exclusive: Get A Sneak Peek At Mike

Death in Paradise: Why did each of the detectives leave