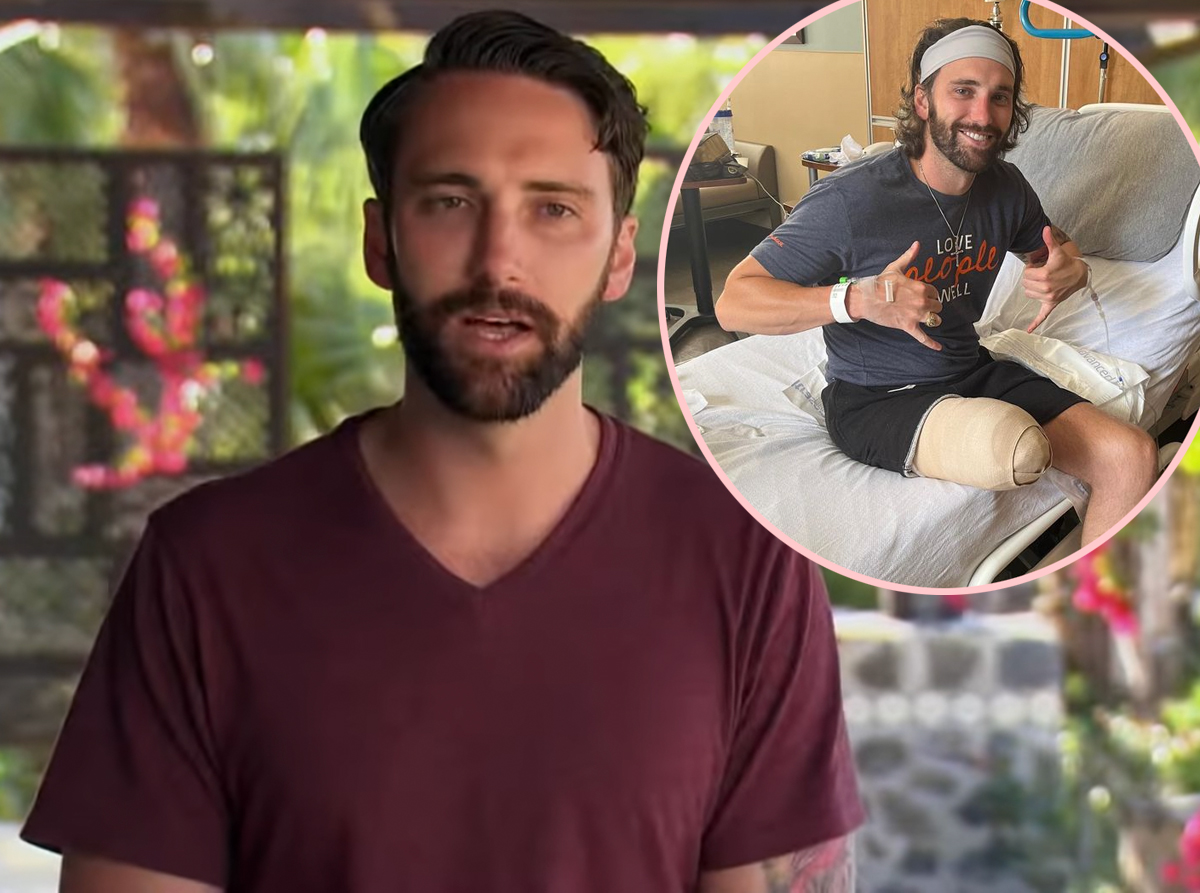 On Friday, the 32-year-old reality star, who competed on season 15 of The Bachelorette and season 6 of Bachelor in Paradise, posted several post-surgery videos and pictures, including ones where he is seen using a walker in the hallways of the Texas Medical Center. After walking back into his room, a friend can be heard encouraging Cam, saying:

Dubbing himself “CAMputee,” the television personality also captioned the post:

For those who didn’t know, his leg amputation comes nearly 20 years after he was first diagnosed with lymphedema. According to the Mayo Clinic, lymphedema occurs when the tissue swells due to a build-up of fluid that is normally drained through the body’s lymphatic system. While it most commonly affects the arms or legs, it can also occur in the chest wall, abdomen, neck, and genitals.

Cam first opened up to fans that he was diagnosed with the condition in December 2018, writing on Instagram:

“This is something that I have never been public about because I never wanted sympathy or for people to feel sorry for me. In 2002 I was officially diagnosed with #lymphedema a non-curable condition that is often misdiagnosed and completely understudied by medical professionals across the [world] I was told by dozens of doctors and ‘Specialists’ that I would never be able to play competitive sports and that I would have to manage this condition for the rest of my life.”

“After visiting over 20 clinics, I was finally given some treatment options. Through manual lymphatic drainage massage, leg pumps, and custom compression garments, I was given a second chance to live a ‘normal’ life again. This didn’t come [without] countless nights of excruciating pain, swelling, and mental agony. Through the support of my family, friends, and music, I stopped focusing on my misfortunes and started prioritizing the blessings that I often took for granted.”

Years after his diagnosis, Cam shared in the post that he suffered an infection in his right knee in 2014. This led to “13 surgical procedures” and that “the only consensus that the doctors came to was….amputation.” At the time, he admitted that the idea of losing his leg gave him “crippling fear and anxiety.” But doctors at Boston Children’s Hospital did a diagnostic procedure that saved his leg from amputation in December 2016.

Now, it looks like Cam is keeping a positive attitude about the procedure. We are wishing him nothing but best as he recovers!!

Black Star Joined by Madlib for ‘No Fear of Time’

I Came By | Official Trailer