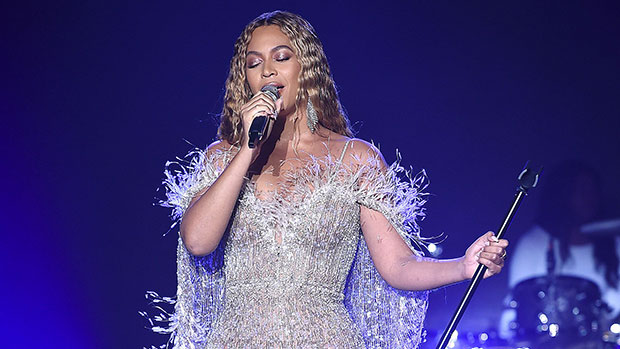 Are you breathing? Are we breathing? Is everyone all right? No, of course not!  How can we with a new Beyoncé single in the world! As promised in a sneaky announcement on her social media, Bey dropped her first single, “Break My Soul” on June 20 — a few hours earlier than expected — and it’s the first single from her new album Renaissance, which is out July 29. The song was supposed to drop at midnight on June 21, but instead, the song went up on Tidal (listen to it here), the streaming platform once owned by her husband, Jay-Z, at 10pm ET. Beyonce also released a lyric video, which you can watch above.

The track, which will make you want to dance almost immediately upon listening, heavily samples Robin S.’s 1990 dance hit, “Show Me Love”. Genius also notes that the song  borrows inspiration from the same genre, and features additional vocals from Big Freedia‘s song, “Explode”.

Needless to say, it is a TIME for the Bey Hive. For one thing, this new album of Beyonce’s will be her first solo studio album since she dropped Lemonade in April 2016. There have been other projects, of course, like her single “Black Parade”, which she released in June 2020 in honor of Juneteenth and won her another Grammy for best R&B Performance. With that win, she became with female artist with the most wins in Grammy history.

Then, of course, we must not forget her nomination for an Oscar in 2022 for her song off the King Richard soundtrack, ‘Be Alive’. Sadly, she didn’t win the big prize of Best Song, but honestly, it’s just a matter of time, right? Plus, her opening performance on the court will go down in history! And in the meantime, she’s busy raising that next generation, aka her kids twins Rumi & Sir, 4, and Blue Ivy, 10, who already has a Grammy herself! Excellence!

Related: Big Freedia: 5 Things To Know About The Guest Vocalist On Beyoncé’s ‘Break My Soul’