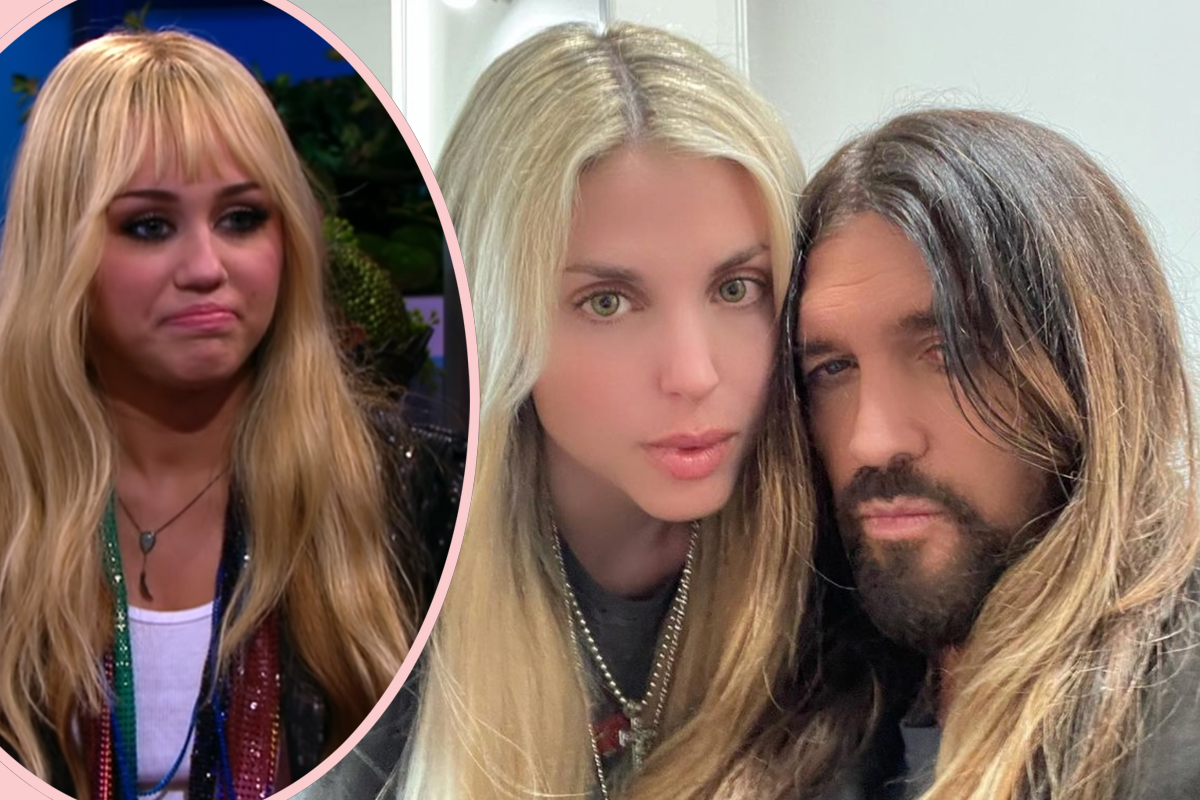 You know that classic meet-cute story, when a boy sees a girl on the set of his teen daughter’s TV show and thinks… in a few years…

Well, that’s how it worked out for Billy Ray Cyrus and his much younger new fiancée (and “soulmate”) Firerose. The couple showed off their engagement on Instagram last month, but they’re only just now making it official, confirming it in a profile for People magazine.

As part of the profile, they took a moment to make some clarifications about Firerose — first, that that is her legal name now and nothing else, the “real deal” as Billy Ray says. Second, she’s 34 years old. Still a 27-year age gap, but no, she isn’t younger than Miley Cyrus as some speculated.

They also confirmed they met on the set of Hannah Montana — something Firerose had mentioned back when they were supposedly just in a musical mentor relationship — only this time finally giving all the details. It was 12 years ago, making Firerose 22 at the time, presumably playing a peer to then-17-year-old Miley. The TV/IRL dad remembers it like it was yesterday — he was walking his dog Tex between filming and had a magical moment:

“I loved doing that show. There’s a couple old pine trees on the lot that look like Tennessee. Tex and I would go out there in the middle of the day and he’d take care of his business and we’d stretch and I’d think how much I missed Tennessee. On that given day, Firerose came out of the front door.”

He was struck at first sight by the young woman’s… talent:

“There was almost a moment of, I don’t know, recognition. I was like, ‘This girl’s a star.’”

He was married to Tish Cyrus at the time and stayed married another decade, but sure, tell that story like we’re supposed to find it romantic…

Firerose of course knew exactly who the Achy Breaky Heart singer was as she grew up on his music. She told the mag:

“Growing up in Australia, my love of music was predominant over everything. I’ve known his music since forever.”

Billy Ray said she came up to pet the dog and they got to talking:

Whatever she was auditioning for she didn’t get it. But Billy Ray found a position for her:

“I just thought, well, the casting agents, the producers, the writers, they’re all on the floor of where we do Hannah Montana. And I actually said to her, ‘Don’t ever take a strange man up on this offer, but, in this case, Tex will testify that you will be totally safe. I’m going to introduce you to a producer and you can kind of make yourself at home and watch us rehearse and you know, maybe it might lead to a role or just another contact at Disney.’ And so, off me and her and Tex went back to the studio and I think she met a lot of the cast and met the producers, writers. And, in some ways, well, in a lot of ways, we became friends.”

Yes, you are reading that right. He met a hot 22-year-old blonde girl on the Disney lot and — without ever seeing her act or sing — did whatever he could to get her a job. And they became friends “in a lot of ways.” If we were Miley and Tish, we’d be pretty unnerved by this story, too.

They stayed in touch all that time, they said. Which is also sus as hell, frankly. Eventually their friendship evolved into mentorship as he heard her music — and then into more during the pandemic:

“There was sickness and death, and hard times. All of the sudden, the life that I’ve always known as a touring artist didn’t exist anymore. A moment of so much change. And at the same time, Firerose, who had been such a light of positivity, such a best friend. And then when we began sharing the music, it just evolved more into, as musical soulmates, to soulmates, happy, pure love that to me, I didn’t know could exist. Again, we’re musicians, first and foremost, both of us. And we found this harmony, and this rhythm, this melody to life.”

It didn’t take long after his divorce was finalized that he popped the question. Very casually, as Firerose tells it — no ring, no getting down on one knee, nothing like that:

“Billy looked at me and said, ‘Do you, do you wanna marry me?’ And I was just like, ‘Of course I do. I love you.’ He said, ‘I love you. I wanna make this official. I wanna be with you forever.’”

Ladies, if your man proposes to you with no ring, he’s not proposing. He’s just making suggestions.

After she accepted, however, she did get to design her own ring, a sizable rock estimated to be worth a good $200k.

From a TV star spotting a wide-eyed young aspiring actress to soulmates. Heck of a journey for these two. What do YOU think about their love story??