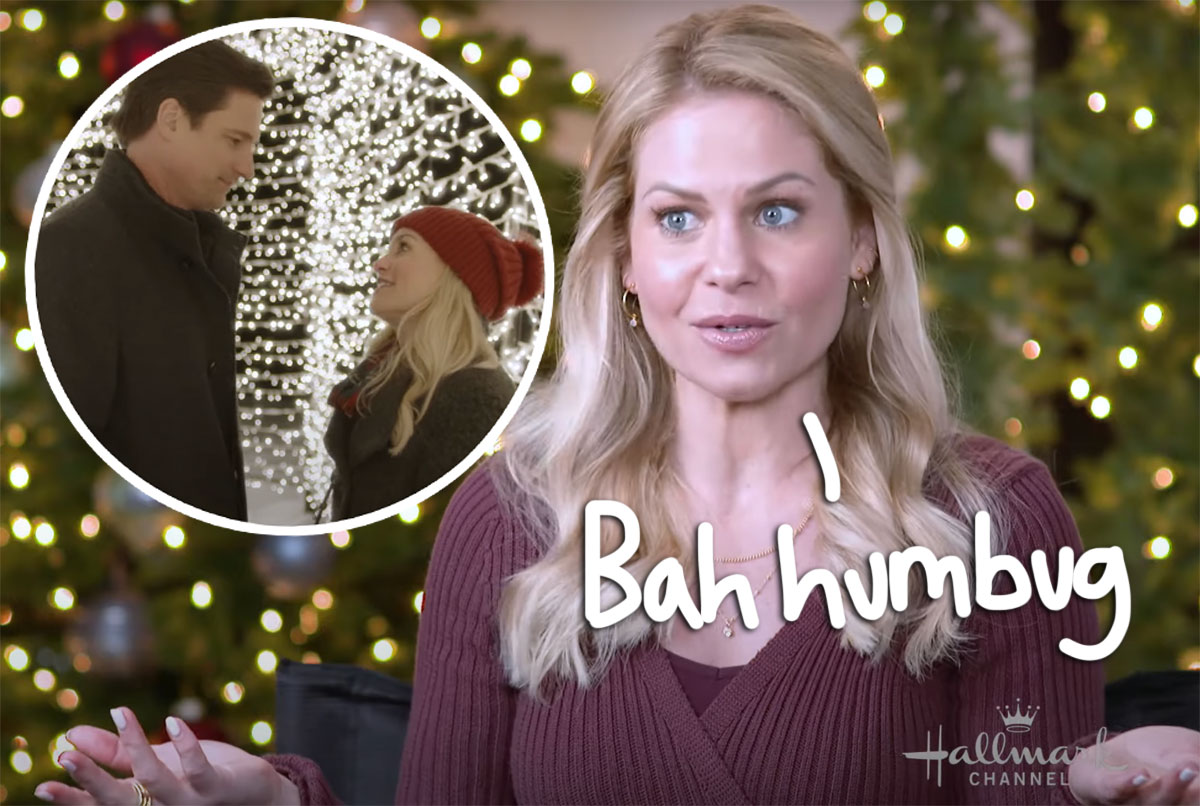 The Full House alum seemed to rise to the top of Santa’s naughty list this week — at least in the eyes of most people — after making a controversial comment about her new Christmas movie endeavors with the Great American Family network.

In an interview with WSJ. Magazine, the sitcom star discussed her decision to ditch the Hallmark Channel after essentially being their face of Christmas to partner up with its new competitor GAF. And she made this wiiiiild comment when explaining why the network will not be featuring any LGBTQ+ couples at this time:

“I think that Great American Family will keep traditional marriage at the core.”

Not helping the cause, the company’s CEO Bill Abbott (who left Hallmark to create this new channel) added:

The whole thing was just sad — and frankly, it’s all very Scrooge-like behavior if you ask us! And it only gets worse…

On Wednesday afternoon, the TV movie actress took to Instagram with a very lengthy statement addressing the intense backlash she’s faced in light of her homophobic and exclusionary remark. And the girl was MAD AF! After captioning the text-only post with “from the heart,” Candy penned:

“I would like to address my comments on Great American Family’s programming as reported in ‘The Wall Street Journal.’ All of you who know me, know beyond question that I have great love and affection for all people. It absolutely breaks my heart that anyone would ever think I intentionally would want to offend and hurt anyone. It saddens me that the media is often seeking to divide us, even around a subject as comforting and merry as Christmas movies. But, given the toxic climate in our culture right now, I shouldn’t be surprised. We need Christmas more than ever. I am a devoted Christian. Which means that I believe that every human being bears the image of God. Because of that, I am called to love all people, and I do. If you know me, you know that I am a person who loves fiercely and indiscriminately. My heart yearns to build bridges and bring people one step closer to God, to love others well, and to simply be a reflection of God’s huge love for all of us.”

Oookay… She then turned the tables and tried to blame the mess on the press:

She says that, but when it comes to us being able to love who we want to love at Christmas, guess not??

Btw, Christianity does not own marriage. Marriage was around long before the religion! Just sayin’!!

“I have long wanted to find a home for more faith-based programming. I am grateful to be an integral part of a young and growing network. I had also expressed in my interview, which was not included, that people of all ethnicities and identities have and will continue to contribute to the network in great ways both in front of and behind the camera, which I encourage and fully support. I’ve never been interested in proselytizing through my storytelling, but in celebrating God’s greatness in our lives through the stories I tell.

The God we serve is a wildly creative and loving God. He didn’t just capture a small part of my heart, He has captured all of my heart. He will be reflected in everything I do and say; in my family, my work and my interactions with people from all walks of life, God’s love and God’s compassion is front and center. All of that comes from the LOVE that God himself showered upon humanity when he gave the gift of joy and forgiveness on the first Christmas morning 2000 years ago. It is why I love Christmas stories and sharing true joy and true peace with millions of people around the world. And in the sole motivation of pure love, I hope you’ll join me in sharing God’s hope for all the world this Christmas season. Call that my Christmas wish.”

Notice how she never actually apologized for what she said? Cause she’s not sorry at all! The Aurora Teagarden Mysteries alum is apparently fine with such a bigoted statement, she just doesn’t want to be called out on it! SMH…

This heated statement comes after her daughter pretty much summed up the drama in the same way, so, apparently, the apple doesn’t fall far from the tree! Thank goodness at least one of the Tanner sisters (Jodie Sweetin) didn’t grow up to be so cold to others’ love!

Also, this isn’t the only time Candace has praised telling “traditional” Christmas stories. Earlier this year when Variety asked her about her big move to GAF, she said:

“This year, we’re absolutely focusing on Christmas. I’m sure as the channel continues to build content, it will include other holidays, but I think we know the core audience and what they love is exactly how Bill originally built the Hallmark Channel and that was Christmas and those traditional holidays and so that’s what the focus is going to be. You got to start somewhere. You can’t do everything at once.”

This seems like a good time to also bring up how LOTS of Christian holidays are actually remakes of OTHER religions’ holidays, too. So if you wanna get REALLY traditional about it, maybe you’d see no one religion should claim ultimate authority!

Also, just because you don’t celebrate Hanukkah, Kwanzaa, or any other holiday doesn’t mean it isn’t traditional. Like, is she serious??

Simply put, everyone deserves to have their story told, and just because they may not be Christian or straight doesn’t mean they shouldn’t be included in the holiday rom-com craze. There should be room for everyone. Pretty sure Christ would agree!

Reactions, Perezcious readers? What do U think about CCB’s comment??