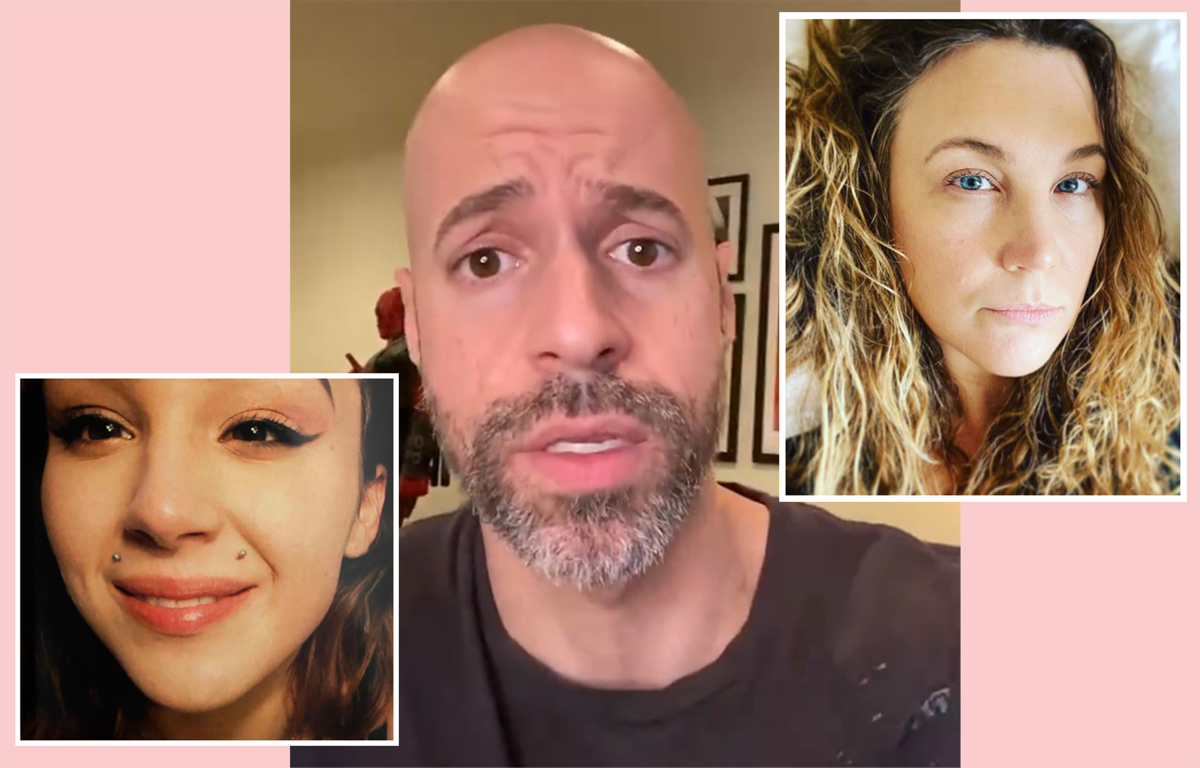 As you may have heard, Chris Daughtry’s stepdaughter Hannah was found dead in her home last week. Since the 25-year-old’s sudden passing, rumors of a homicide investigation have made headlines, though the District Attorney for the 8th District of Tennessee has insisted the case is being handled as a “death investigation” and NOT a “homicide investigation” since that would be “premature and irresponsible.” Still, the speculation hasn’t settled…

Sick of the misinformation, the American Idol alum’s wife spoke out on Instagram Friday, writing:

“The news floating around that we said our daughters death is being investigated as a homicide is false. We were not told that and never said that to anyone! The day Hannah was found I shared some concerns I had with some ppl I know and said we won’t know anything for sure till after they complete the investigation. Someone took that and went running with it or they talked to some else who then made assumptions… None of us can go jumping to conclusions.”

Hmm. So, while these claims are apparently false, her comment does suggest the family — at least initially — suspected some foul play.

The songwriter then alluded to rumors Hannah’s boyfriend, Bobby Jolly — who was arrested the same day as her death for an “unrelated matter” — may have been involved, adding:

“Having questions & concerns is one thing but harassing someone and calling them a murderer before all the facts are in is wrong on every level regardless of their history. If you have information that you feel the police should know about this then tell them and let them do their job. I lost my child and I’m having to now also deal with rumors and assumptions about her.”

The grieving momma, who gave birth to Hannah and her 23-year-old son Griffin in a previous relationship, continued:

“The people who loved her are in pain and we are mourning, they are not talking to the press, they are not spreading rumors and they sure as hell are not making this about themselves. So everyone please just stop! Let the investigating officers do their jobs and please remember snippets of someone’s life does not define who they really are as a person. Hannah was on this earth with us for 25 years there is so much more to her story [than] what you are reading. I loved my daughter so much & I am experiencing the deepest emotional pain I have ever felt!”

Phew… We simply cannot imagine the heartache she (and the entire family) must be feeling! Hannah leaves behind her brother as well as step-siblings Adalynn Rose and Noah James, both ten, whom Deanna and Chris welcomed following their wedding in 2000. As to be expected, they all seem to be struggling with the loss, the Grammy nominee reflected on Sunday while announcing the devastating news to his followers:

“I am absolutely devastated and heartbroken. I recently lost my mother to cancer but I was blessed with the chance to say goodbye and I was processing it privately. We never got to say goodbye to our precious Hannah and it’s another huge hit to our family.”

That final goodbye can make such a big difference in the healing process.

Related: Chris Daughtry’s Wife Deanna Comes Out As Bisexual — & They Wrote A Song About It!

The 41-year-old has since postponed his upcoming concert dates, telling his fans:

“I am now taking time [to] be present with my family as we attempt to heal from this devastating loss.”

As the days go by, it sounds like these rumors mixed with intense emotions are making the mourning process that much more difficult for the Daughtry family. Deanna concluded her emotional update pleading for people to stop discussing her loved one’s death, saying:

“Please stop making it worse for those of us who love her by spreading rumors & saying disgusting things about our family. We are real people! Just because my husband has a public job does not mean this is OK to do. To the beautiful humans who are sending us their prayers, love, and kindness during this time, we thank you. We are not able to reach out to you all individually as I’m sure you understand but please know we are thankful for people like you.”

See her full message (below).

We hope the family can find solace from the upsetting rumors while they await further details from an autopsy report and police investigation.