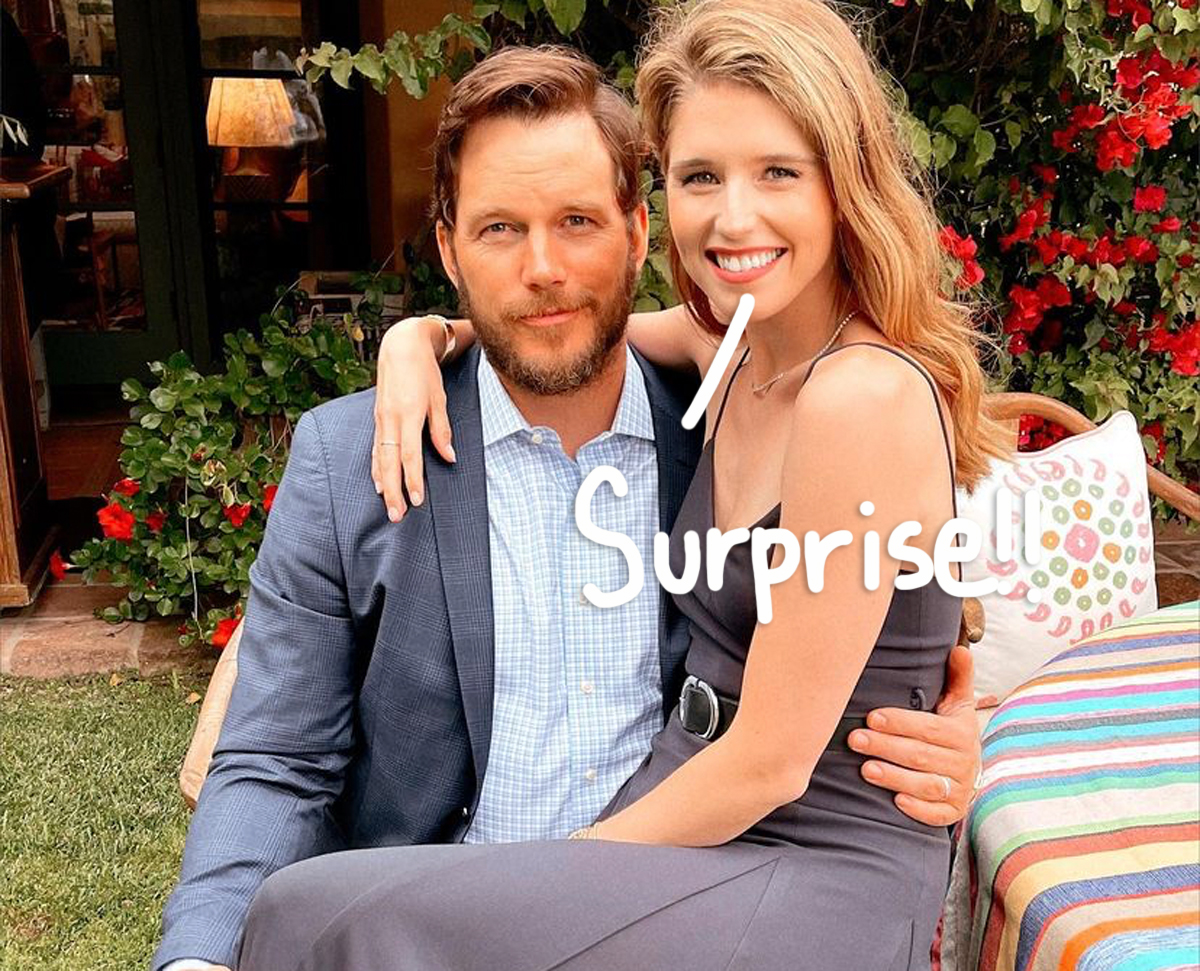 Chris Pratt and Katherine Schwarzenegger are expanding their family!

On Thursday, multiple sources confirmed to People that the two are currently expecting their second child together. As you know, Pratt and Schwarzenegger are already parents to their 16-month-old daughter Lyla, whom they welcomed back in August 2020. The 42-year-old Guardians of the Galaxy star is also a father to 9-year-old son Jack with ex-wife Anna Faris.

The news comes just a couple of days after Pratt penned a touching tribute on Instagram for Schwarzenegger on her 32nd birthday, expressing:

“Happy Birthday Honey! You are such a wonderful wife, mother, step-mother, and life partner. I simply can’t imagine how lost I’d be without you. You’re beautiful, tough as nails, reasonable, deeply thoughtful, extraordinarily smart, you’re a complete boss, eternally driven and you communicate like no other. Thank you for everything. Thank you for being so instrumental in my growth over the past few years. We fit so perfectly into each other’s lives that our Union is a daily reminder that God is looking out for us. Navigating the odd circumstances of our world is a task I cannot handle alone. And I’m so grateful I don’t have to. Your commitment to helping others is contagious.”

While this post dedicated to his wife is super sweet, the Marvel leading man hasn’t always been the best with his words. Pratt came under fire earlier this year after praising Schwarzenegger for giving him a “healthy daughter.” Many social media users slammed him for his phrasing, claiming he was shading his son who suffered from several health issues over the years after being born prematurely.

Hopefully he learned his lesson after that backlash. Anyways…

In case you didn’t know, the Parks and Recreation actor has been open about his hopes of adding a new addition to their family. He actually confessed to E! News over the summer that he would “love” to have more children. In terms of how many kiddos, though, Pratt joked that he wanted “as many [kids] as the man upstairs will provide” before adding:

“We’ll do it. I’ll probably have to talk to Katherine about that but my plan is, let’s go.”

He also told Entertainment Tonight in 2019 following their nuptials that he wanted “lots of kids,” saying:

“Maybe less time spent working, more time spent enjoying life. I always want to be that guy that works to live, not lives to work. I think [I want to spend] just a lot of time at the farm and a lot of time catching a lot of fish and seeing lots of sunsets.”

Congratulations to Chris and Katherine!