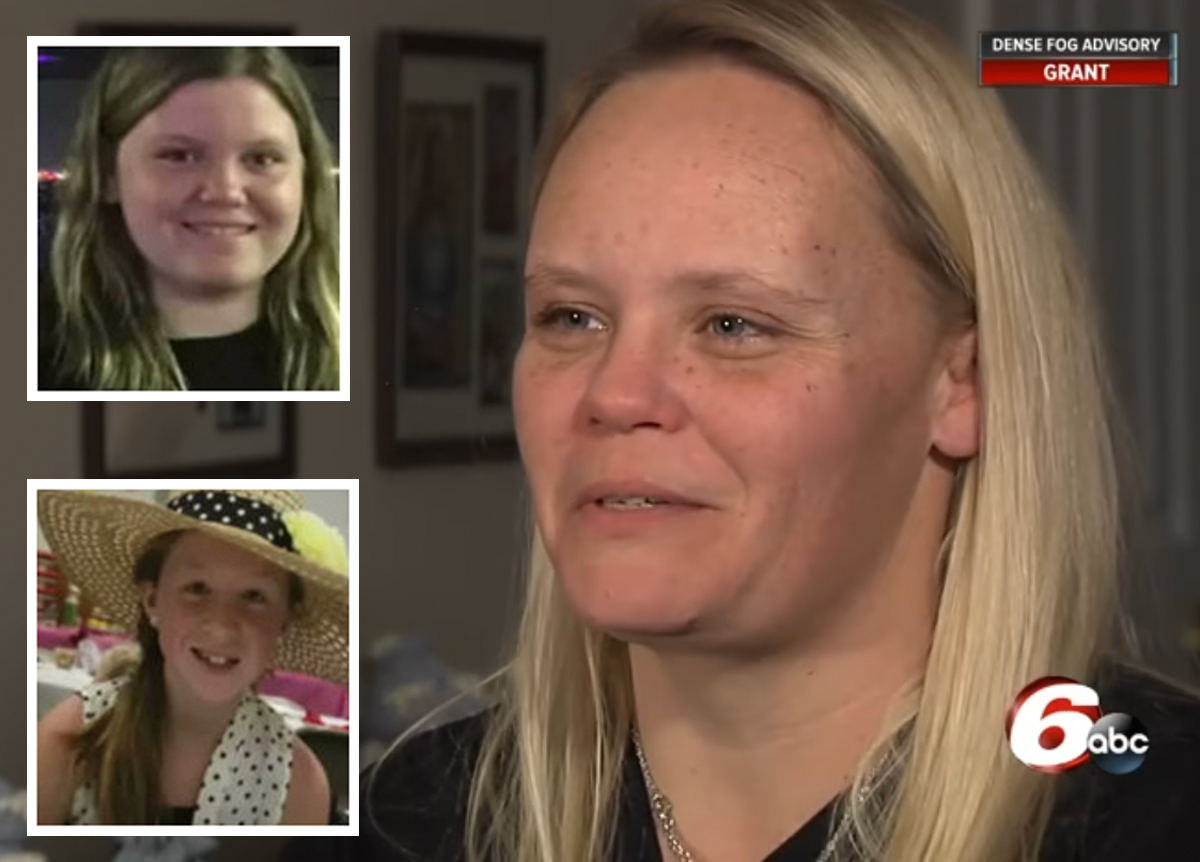 One of the mothers of the girls killed in the unsolved Delphi murders is speaking out after reports revealed that the FBI “lost” crucial evidence in the case.

As you may know about the case, 14-year-old Liberty “Libby” German and 13-year-old Abigail “Abby” Williams were dropped off by Libby’s older sister at the Delphi Historic Trails in Delphi, Indiana, a day before Valentine’s Day in 2017. The two girls posted a picture on social media from the Monon High Bridge Trail – but they suddenly disappeared.

Libby and Abby’s bodies were later found roughly half a mile away from the trail on the bank of Deer Creek, and police quickly determined their deaths to be a homicide. Since then, law enforcement has made very little movement in the case and released very few details about how the girls were killed.

However, one critical piece of evidence at the center of the investigation came from a grainy picture captured by Libby on her phone, showing a man walking toward the girls. A muffled male voice also can be heard in an audio clip of him saying “down the hill.” In December 2021, Indiana State Police started looking into the teens being in touch with a social media user anthony_shots between 2016 to 2017. Cops soon discovered the account was being run by Kegan Kline, who allegedly used images of a male model to solicit nude images and videos from underage girls. What the f**k…

Kline – who is currently in prison on 30 charges, including child exploitation, possession of child pornography, and child solicitation for sexual intercourse – previously denied having anything to do with the murders or even being in Delphi on the day of the murders. But a shocking leaked transcript from a police interrogation with him dropped on the Murder Sheet podcast in March, revealing that he admitted to being in contact with Libby through the social media account.

While Kline insisted on never setting up a meeting with the teenagers at the trail, police shared they had evidence of one of the girls at the sleepover reaching out to anthony_shots questioning if he knew what happened to Libby. He replied:

“OMG what happened. Yeah, we were supposed to meet but she never showed up.”

However, Kline said he wasn’t the only person who managed the account – pointing out his father as being someone else who had access to it. Other details from the leaked transcript? He supposedly failed a polygraph test when asked about knowing something about the murder investigation, AND police have proof that he deleted the anthony_shots accounts after his first interview. But what’s more, he allegedly searched “how long does DNA last?”

Yet, he hasn’t been charged with any crime relating to the deaths of Libby and Abby since evidence of lying doesn’t mean police proved he was responsible for their murder. But now, some jaw-dropping details have come out from The Murder Sheet podcast once again, revealing that the FBI actually lost important evidence that potentially could have placed Kline near the scene of the crime!

According to the hosts Áine Cain and Kevin Greenlee, the FBI failed to obtain surveillance footage from a gas station in Delphi that might have featured the potential suspect near the scene during the early stages of the investigation into the slayings. WHAT?! Kline reportedly had Googled the Marathon gas station in Delphi on February 13, 2017 – the same day Libby and Abby were murdered. Sources close to the investigation told the podcast that Indiana State Police told FBI agents to head to the gas station to obtain surveillance footage and see if Kline stopped by at some point.

A gas station employee then allegedly told the police he remembered agents coming in to grab the video. But the insider claimed when the team tried to download the clip to a thumb drive, they ran into a technical issue. After the problem continued, the gas station worker gave them a hard drive with the footage, which the agents took. However, there were more tech issues or “some kind of task management mishap,” and the FBI actually returned the hard drive without ever viewing or downloading the footage.

Following this new development, the mom of Libby, Carrie German, has addressed the matter – and is understandably enraged by this huge mistake. Speaking with The Sun on Friday, the mom shared that she is “disgusted” with the bureau. At the same time, Carrie said she also was not too surprised it happened after being “repeatedly let down” by law enforcement ever since her daughter was murdered:

“I’m slightly surprised because I’d expect the local police department to fumble the ball like that, but I wouldn’t have thought the FBI would. It’s extremely frustrating … these people are meant to be protecting and serving yet apparently they can’t even retrieve evidence properly. These are the people who are saying ‘oh, we’ll catch him. Don’t worry.’ But how? Honestly, it just disgusts me.”

Ultimately, Carrie believes the FBI may have missed a crucial opportunity to make some progress in over five years since Libby died – and has now completely lost faith in police being able to bring any justice for her child:

Despite the horrendous mishap from the FBI, members of the Indiana State Police might have made another development in the case. For more than two weeks, they’ve been searching an area of the Wabash River in Peru, Indiana, with metal detectors and scuba gear. The river is about 40 miles from where Libby and Abby were killed and around two miles from Kline’s family home.

Police haven’t revealed what they’re trying to find at this time. A spokesperson for ISP told The Sun:

“The Indiana State Police does have a dive team in the area, but I cannot confirm that they are conducting a search or if it is related to the Delphi Investigation.”

However, Cain told ABC7 on Thursday that sources confirmed the search is related to the Delphi Murders. Even though the police are searching the river, Carrie stated to The Sun she still is not holding her breath on anything new unfolding right now:

“It certainly seems like it could be significant but as to what it pertains to I don’t have a clue. It could potentially have nothing to do with the girls at all and that’s the sickening thing about it all, that it gets all this talk, but it may have nothing to do with them, and then I get myself all upset over nothing. I don’t want to put too much stock into it until I hear something from law enforcement.”

Wow. We cannot imagine how this mother must be feeling after this major fumble from the FBI. Reactions to the latest details in the case, Perezcious readers? Sound OFF in the comments (below).