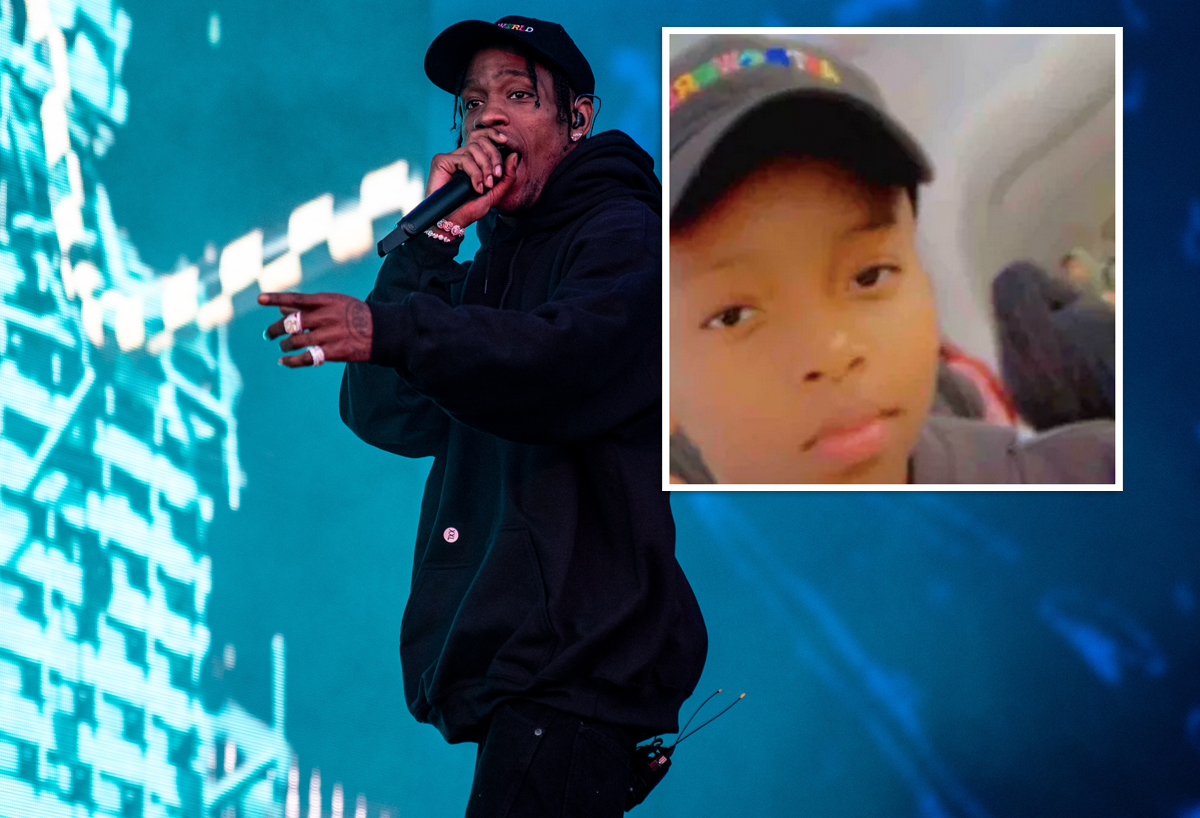 The father of Ezra Blount — the 9-year-old who is currently on life support and in a medically induced coma after being “trampled” at the Astroworld Festival — spoke out about the tragedy for the first time.

As we previously reported, the young boy had been one of many attendees injured in the crowd surge during Travis Scott’s performance at the concert in Houston, Texas, on November 5. Nine people also had died on that devastating night, including Jacob Jurinek, John Hilgert, Brianna Rodriguez, Franco Patiño, Axel Acosta, Rudy Peña, Madison Rubiski, Danish Baig, Bharti Shahani. Speaking to ABC Houston 13, Treston Blount recounted how “stoked” his son had been about the show at the time, saying:

“He was stoked. He was ready to go. When I found out that he was a big fan [of Travis Scott], I was like, ‘Oh yeah, we gotta go, we gotta go see Travis live.’”

The dad noted that he and Ezra stood further back in the crowd when they arrived at the festival “‘cause the front can get a little wild,” but once the 29-year-old rapper’s set began, they were swept up in the chaos anyway. Treston had lifted his son onto his shoulders to keep him away from the crowd, but the intense surge ultimately knocked them to the ground. He passed out from the pressure, and Ezra was crushed:

“Everything was cool, for a split second. It was like a horrified movie. I’m yelling out ‘I can’t breathe,’ there’s other people around me saying they can’t breathe. It was definitely a moment where I didn’t know what else to do.”

When Treston eventually regained consciousness, his child was no longer by his side. He later learned that Ezra had already been transported to the hospital since his major organs were damaged and his brain swelled:

“I could tell that he was damaged. I’m not ready to lose my boy at all. We still got a bunch of living to do … That’s my boy.”

Earlier this week, his family filed a lawsuit against Scott and Live Nation for their “grossly negligent conduct” that led to Ezra’s life-threatening injuries. According to People, the complaint, which was filed by attorney Ben Crump, said the kid was “kicked, stepped on, and trampled, and nearly crushed to death” at the show. It then stated:

“To his young, growing body, these injuries will have life-long effects, impairing his quality of life and ability to grow and thrive as he would have had he not been subjected to this incident.”

We’re continuing to keep Ezra in our thoughts as he fights for his life.

We’ll All Be Dyeing Our Hair These 9 Colours for