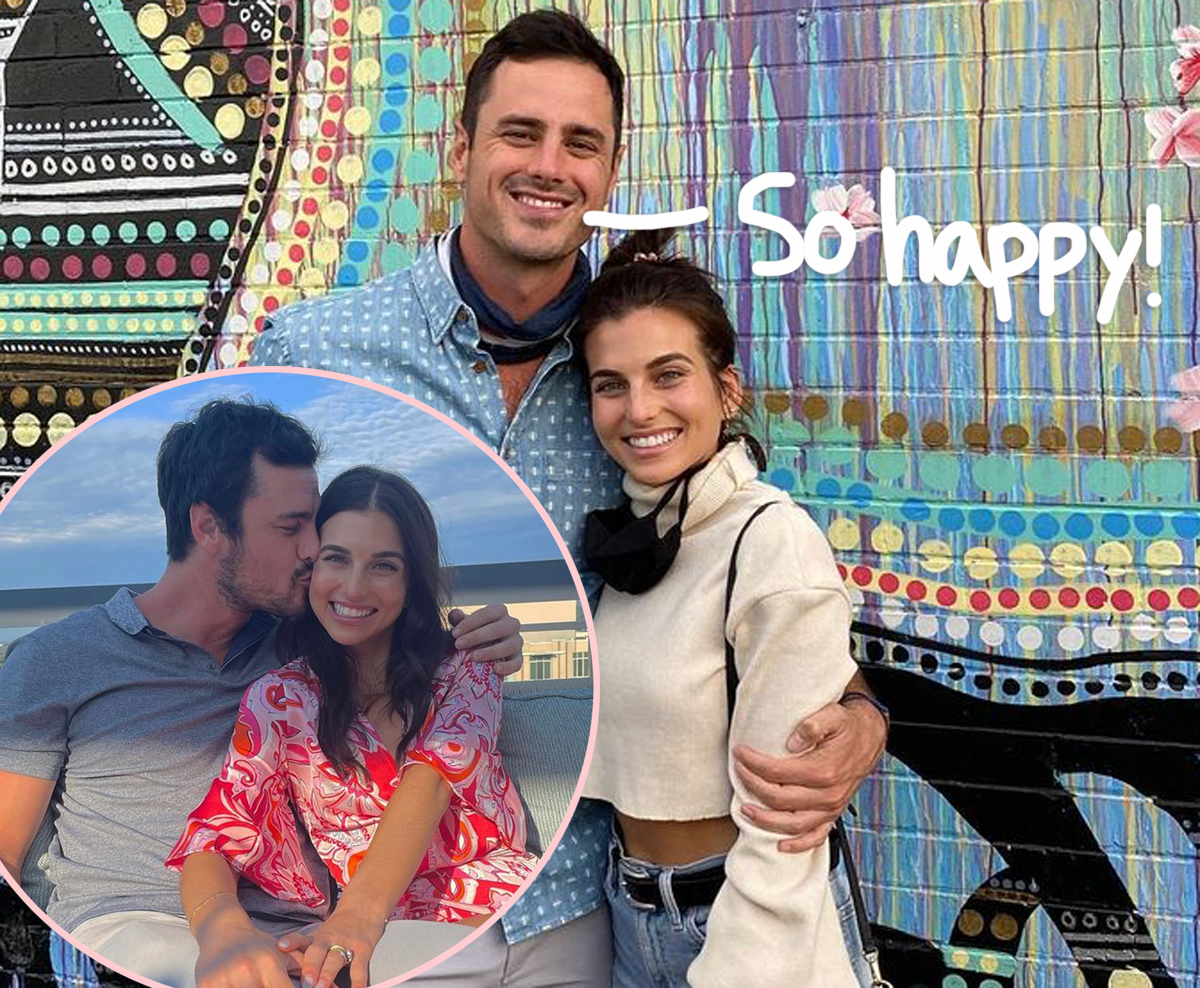 Ben Higgins is no longer a bachelor!

According to People, the 32-year-old Bachelor alum married his longtime girlfriend Jessica Clarke on Saturday in a romantic ceremony at The Estate at Cherokee Dock near Nashville, Tennessee. Higgins expressed to the outlet:

“I am so excited. We have so much to look forward to. And I know we will have a beautiful marriage.”

Related: Ben Higgins Moved Back To Indiana After ‘Breakdown’ Over Reality TV Fame Being ‘Ripped Away’

The couple exchanged vows in front of their loved ones and friends, which included many stars from the franchise such as Nick Viall, Becca Kufrin, Thomas Jacobs, Jared Haibon, Ashley Iaconetti, and Wells Adams, who apparently served as a groomsman. People also reported that Ben and Jessica spoke personalized vows, featuring quotes from Winnie-the-Pooh that were hand-selected by the pair.

Before walking down the aisle, Clarke gushed about her hubby-to-be to the publication, saying:

“Ben doesn’t just make me want to be a better person, but he actually makes me a better person. He assures me in all of my dreams and all of my goals. I never thought I’d have a partner that accepted every part of me.”

Like many couples, Ben and Jessica postponed their wedding because of the pandemic. The reality star popped the question to the gym owner a year and a half ago in the backyard of her parent’s home in Tennessee.

Fans first met Higgins in 2015 while on Kaitlyn Bristowe’s season of The Bachelorette, where he made it to the final three. He then went on to lead season 20 of The Bachelor in 2016 and got engaged to Lauren Bushnell. However, they later broke up in 2017.

Congrats to the happy couple! You can also check out the wedding photos HERE!

10 TV Actors Who Were Replaced For Controversial Reasons