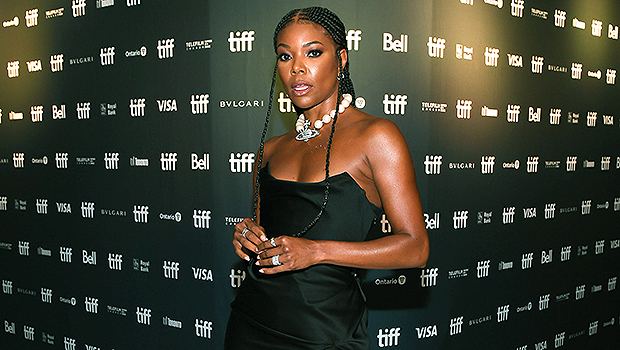 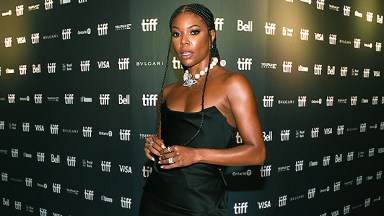 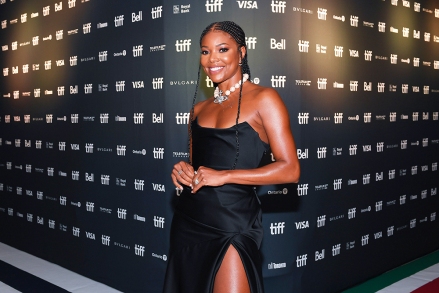 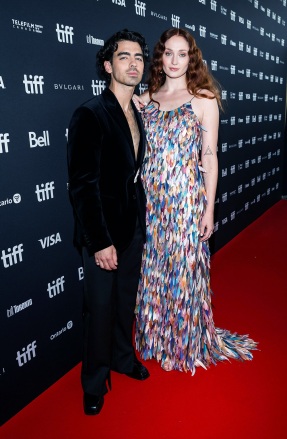 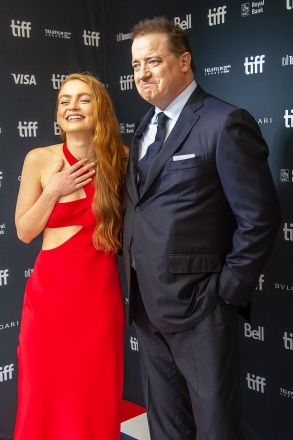 Gabrielle Union, 49, looked absolutely timeless in a strapless black gown with a high-slit at the premiere of her new movie The Inspection on Sept. 8. She was accompanied by her husband, Dwyane Wade, 40, on the first night of the Toronto International Film Festival — posing for some stunning solo photos before several together. Both stars brought their A-game for the black-tie event on Thursday night dressed in matching raven-hues. 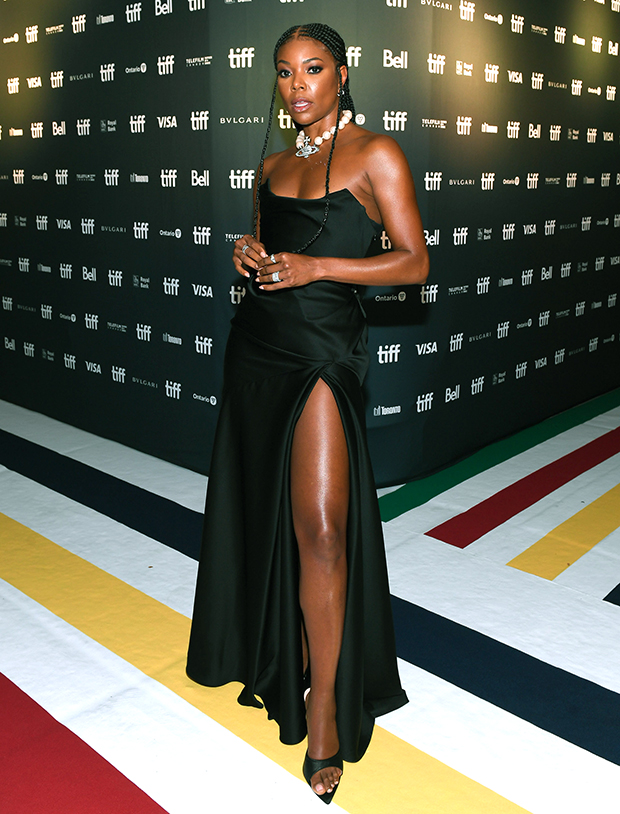 Gabrielle Union at the premiere for the movie ‘The Inspection’ on Sept. 8. (Sam Santos/Shutterstock)

The Bring It On star wore a unique strapless bustier dress by Vivienne Westwood, paired with a statement pearl choker by the same designer. The Neysa Pearl Choker is featured on the brand’s website for $515 and includes Westwood’s iconic Orb design. Gabrielle opted for a pair of black open-toe pumps for the celebratory evening and rocked long brunette braids. The revealing dress left little to the imagination, as it featured a super high slit that went all the up to Gabrielle’s upper thigh.

She took to her Instagram Stories to share many photos of the stylish ensemble that night, including a repost from Just Jared. Many of the power couple’s fans took to the comments section of the outlet’s post to compliment them on their snazzy outfits. One fan wrote, “Too much attractiveness in one photo,” along with several flame emojis. A separate admirer couldn’t help but chime in about how smitten the pair looked and commented, “You can just tell when couples are in love by the way they look at each other.” So cute! 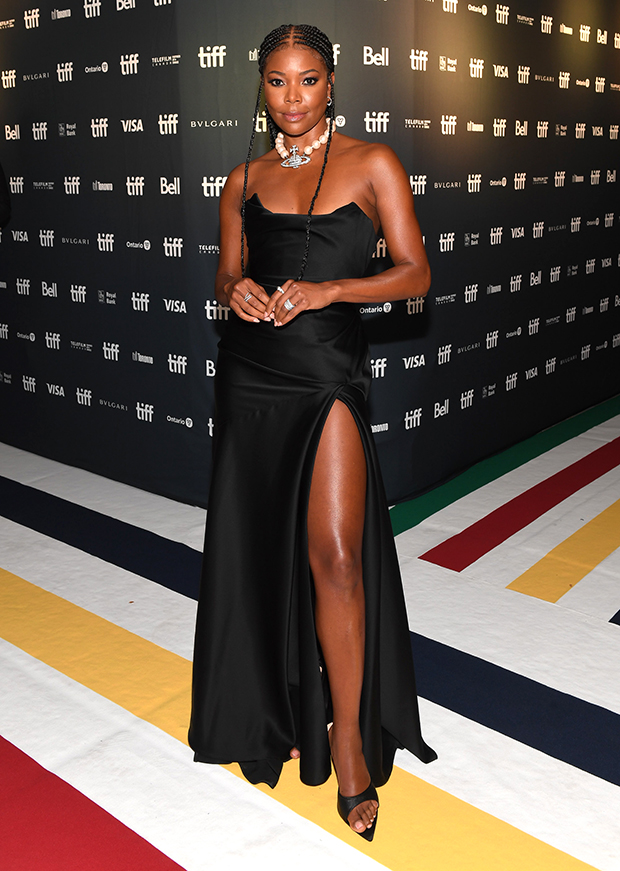 Gabrielle Union wears Vivienne Westwood at the premiere of ‘The Inspection’ on Sept. 8. (Sam Santos/Shutterstock)

The Inspection stars Jeremy Pope, along with Gabrielle, Raúl Castillo, Bokeem Woodbine, Aubrey Joseph, and more. Director, Elegance Bratton, wrote the screenplay for the film which pulls from his own personal story, according to The Hollywood Reporter. When speaking to the outlet about the movie, Gabrielle expressed what the movie means to her. “We all got sold this bill of good about ‘The American Dream’ and what it takes – and certainly as people of color – and certainly as Black folks in this country, all the ways that we are forced to constantly shapeshift,” she said.

Elegance’s narrative feature debut tells the story of a Black queer man who enlists in the tough feat of the Marine Corps in the United States. The trailer reveals the emotional turmoil Jeremy’s character must go through carrying these identities in the marines, as he is also shunned by his family. During the same interview, Jeremy revealed that he connected to the script on a deeply personal level. “First of all, it was a Black-queer narrative written by a Black-queer man,” he said in part. “And I identify with that – full stop.” The film premiered at TIFF but will have a theatre release as well on Nov. 18.

Related: Dwyane Wade’s Children: Everything To Know About His 4 Beautiful Kids