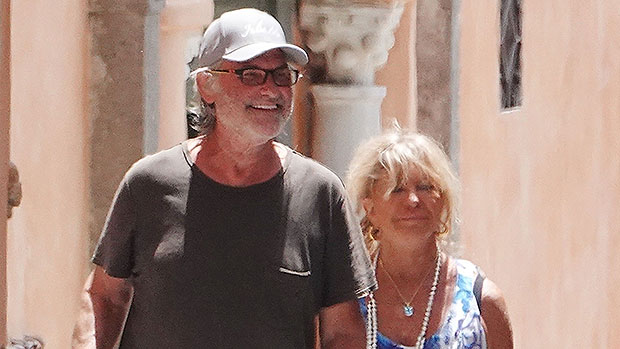 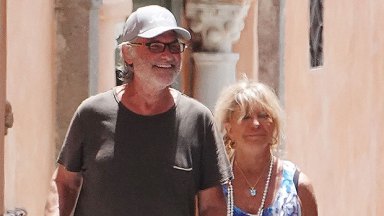 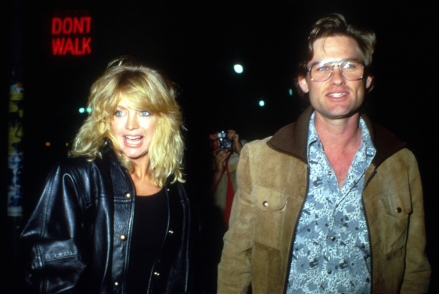 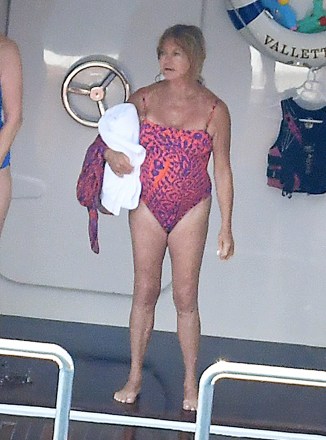 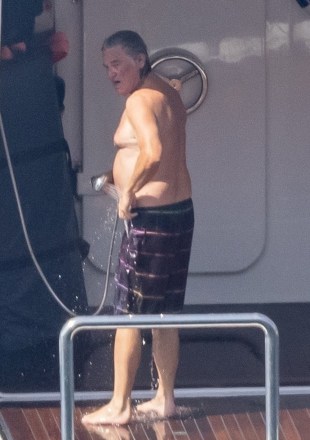 Goldie Hawn and her loyal beau Kurt Russell seemed to enjoy vacationing in Italy together! On Saturday, July 2, 2022, the couple looked content while roaming the scenic streets of Italy in some casual summer attire. 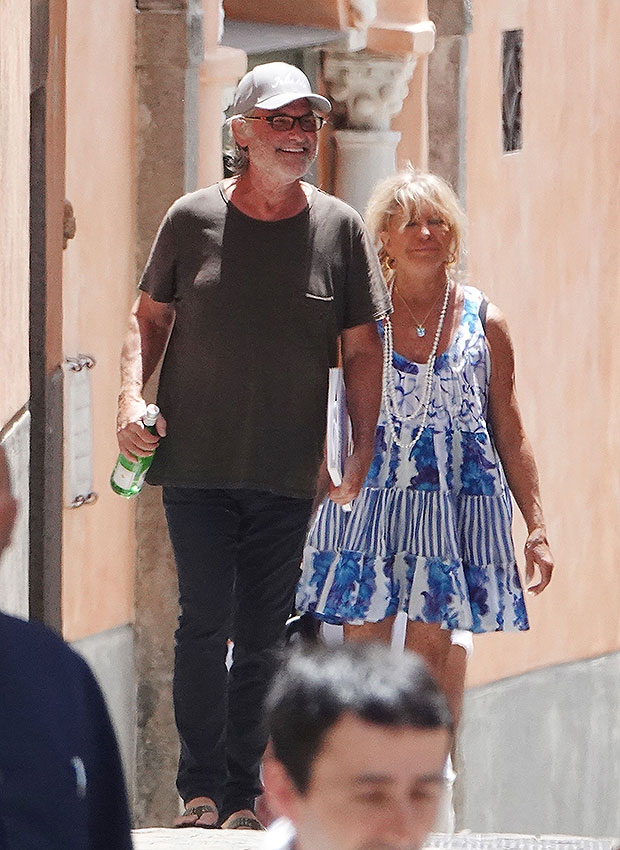 Goldie Hawn and Kurt Russell are seen out on a romantic walk in Ravello, Italy. (Cobra Team / BACKGRID)

Goldie, 76, was seen with a wide grin on her face while she sported a blue and white patterned sundress. She also completed her look with a massive chunky layered pearl necklace and a blue and silver necklace underneath. She had her honey blonde locks tied up in a loose bun while she also adorned chic gold earrings. Meanwhile 71-year-old Kurt kept things laid back by wearing a neutral toned baseball cap, t-shirt, and slacks.

This isn’t the only time we’ve seen the glamorous Hollywood power couple looking smug while vacationing together. On June 2022, the two were seen in Greece while soaking up the sun on a motorboat. Goldie sported a chic black one piece swimsuit, while Kurt wore a sky blue t-shirt and black striped swim trunks. 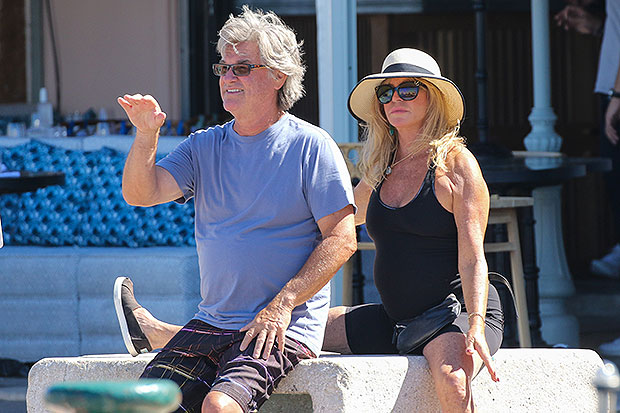 Goldie Hawn and Kurt Russell in Greece in June 2022 (SplashNews)

Goldie and Kurt have been together for nearly a whopping forty years, officially getting together in 1983. They have one child together, named Wyatt Russell, born in 1986. Goldie is also the mother of actress Kate Hudson, who she had with her ex-husband Bill Hudson. Goldie and Kurt have been open about their successful blended family. Despite their solid long term relationship, they have also publicly stated that they never intend to legally have an official wedding. “We have raised our children brilliantly; they are beautiful people. We did a great job there and we didn’t have to get married to do that,” the actress told Woman’s Day in 2007.

Similarly, Kate backed up her mother’s ideas that an official marriage is not necessary for a couple to raise a healthy, loving family. “They shared that value. They both had kids from other [relationships] and we became this melting pot of a family,” the Almost Famous actress said on The Late Show With Stephen Colbert in January 2022. “I think that it was so important and they knew that they had the shared value of family being No. 1. … It became their life purpose of: ‘We will have the best family.’”