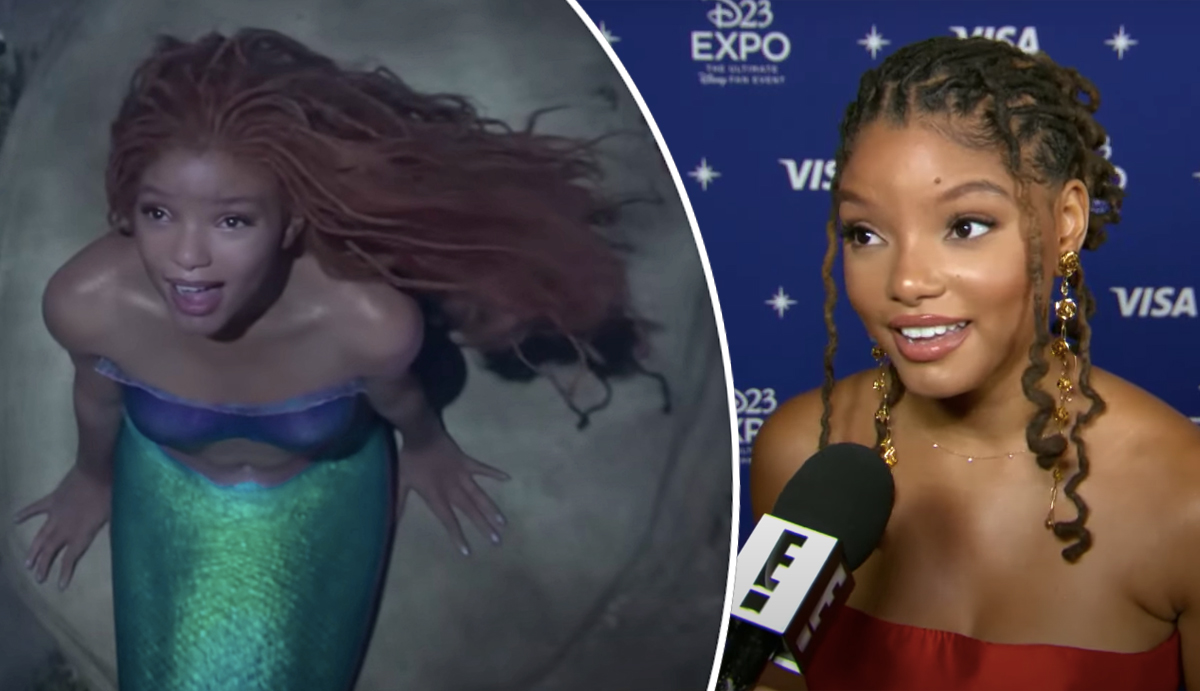 Out of the sea and into our hearts.

Halle Bailey is opening up about the “pressure” she felt while bringing the iconic red-headed mermaid we all know and love to life, and somehow made us even more excited while doing so!

On Thursday, E! News published an interview they did with the 22-year-old singer at the D23 Expo, in which she dished what it felt like to don the fin for Disney’s 2023 live-action adaption of The Little Mermaid, explaining:

“I’m so excited about this film. You know being here today is so surreal. I’m just a fan of all of the other projects and the fact that I get to be a part of something like this. It’s amazing.”

Her excitement showed as she was grinning ear to ear, almost seeming to fight back emotions. She continued:

There’s surely pressure for any project an actor takes on, but hearing Halle’s was rooted in her desire to inspire that same feeling of magic and “feels” we all experienced watching the 1989 version makes us SO confident Disney made the right decision. Her head is definitely in the right place! When an actor is excited about a role, you just KNOW they’re going to bring a different level of energy they may not have if they weren’t as excited, and it’s an honor as a movie-goer to get to witness that.

As we’ve unfortunately reported previously, Halle quickly became the subject of online hate, and even a CRAZY character redesign, from very sad and miserable individuals who are writing the film off, claiming the casting of a Black lead in a role previously represented by a white character must be part of the studio’s “woke agenda,” further claiming the casting is not accurate to the source material. Huh. Funny how we don’t see the same people pop off when a character originally represented by a person of color gets cast with a white actor…

a lot of yall… pic.twitter.com/L5D9OKUIEc

Related: Which Hocus Pocus Cast Members Are NOT Returning For The Sequel??

So sad the world we live in! Such Poor Unfortunate Souls. But Halle just keeps radiating that pure kindness, just like Ariel, despite all the negativity. She concluded the interview by mentioning:

“Knowing that I gave it my all and gave 110 percent into everything of this film, I am really proud of myself.”

We’re confident she’s going to do the character justice when the film debuts in theaters next year on May 26. See her full interview (below):

Thoughts on the pressure Halle felt, Perezcious readers? Share in the comments down below!