Ignore The Breakup Rumors! Kim & Pete Are VERY MUCH 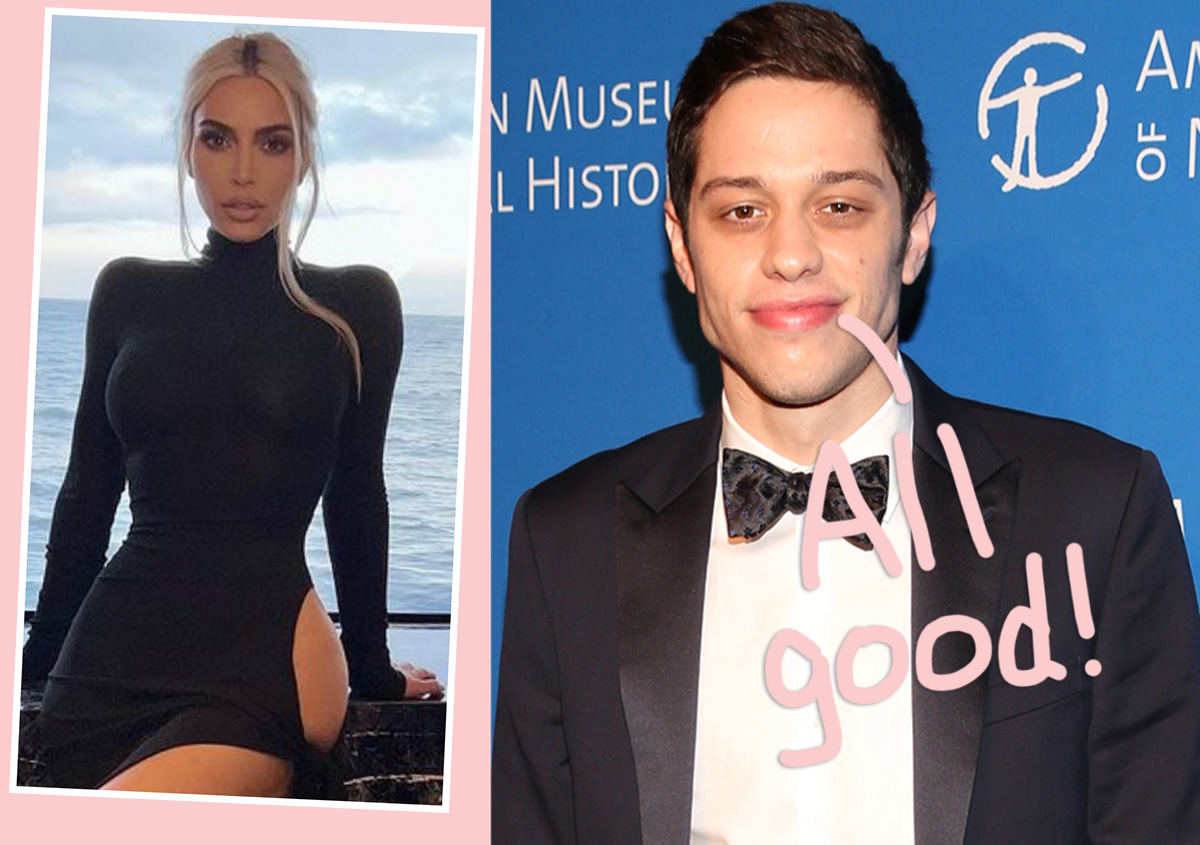 Kim Kardashian and Pete Davidson have apparently never been better!

The only problem is that they’re just not seeing much of each other lately. And that’s because work commitments for each one of them have put the pair on opposite sides of the world. So that’s no fun!

Related: Kim Reveals All The Work She’s Gotten Done On Her Face!

But while rumors are rumbling that there is supposedly trouble in paradise for the A-list couple, Kete is pushing on nevertheless, doing the long-distance thing. The 28-year-old comedian has been in Australia for a while now, working on the movie Wizards and staying at a luxury hotel in Cairns while spending his days on set. Kim, meanwhile, just got back to El Lay from Paris, where she enjoyed Paris Fashion Week in the most memorable of ways alongside her daughter North.

So consider it as close to fact as can be when a new sourced report popped up in The Sun late on Friday detailing Kim and Pete’s commitment to love — even through long distances! An insider told the outlet that the Selfish author and the former Saturday Night Live star are “100 percent still together,” and committed to doing whatever they can to connect virtually.

The insider explained how the pair is making romance work even while thousands of miles away from each other:

“Kim and Pete are still going strong, but are navigating long distance for a while he films in Australia. They FaceTime daily and are making the effort while they both focus on work for a while.”

It sounds like Kim has already worked her way back to El Lay to be with her extended fam, too, following the excursion to Paris with Nori. In fact, the insider made it seem as though the Kardashians superstar is considering a trip Down Under to visit her man while he works:

“Kim is already back in LA with her family after her Paris trip and is spending time with the kids. She could be going over to see Pete in coming weeks if her schedule allows, but she will not be relocating there.”

Love that they clarify that: she may visit him in Oz, but she will NOT be relocating. Oooookay!

It honestly never crossed our minds that Kim would ever give up Calabasas for Cairns. But hey, guess ya never know! LOLz!

Related: Kim Was One Of Many Women Who ‘Canceled’ Independence Day This Year!

The insider also notes that the King of Staten Island star is expected to be filming this new project for “a number of months” around Australia, so it sounds like things could be long-distance for a while.

Of course, as Perezcious readers will recall, the duo recently took a special trip to Tahiti together, and apparently had the time of their lives in the tropical island paradise. That romantic voyage came on the heels of intimations that they may be getting very serious as a couple, too. So this Australia work is just a small delay — a slight pause on the bigger picture!!

A summer with Satyajit Ray