Ivanka Trump BAILS! Read Her Statement On Why She Refused 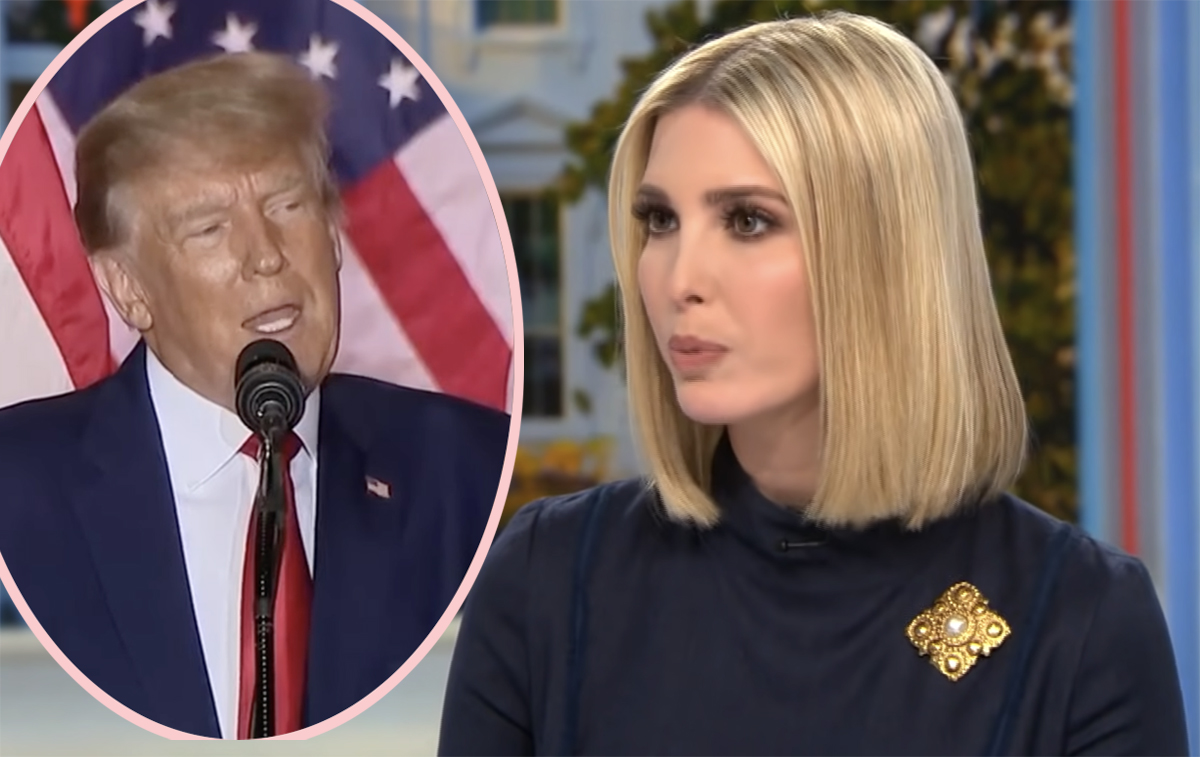 Yes, it finally happened. On a not-so-super Tuesday in November, Donald Trump announced he’s yet again running for President. The guy who refused to agree to a peaceful transfer of power after losing in 2020 and then took a bunch of highly classified documents with him on the way out — and is quite probably facing a future indictment over it. Sigh.

Y’all really think if this guy becomes president again, a position which he already proved can shield you from prosecution, that he’ll ever give that up?

As we’ve been reporting, in the midterms the hand-picked candidates he threw his support behind underperformed compared to everyone else — finally showing the Republican Party that the USA is done falling for his rap. His insistence on trying to lead the GOP again seems to be causing a civil war within the party… but it’s not just other Republicans who are jumping ship!

Related: When Kanye Went To Far For Donald Trump

On Tuesday night, Ivanka Trump remained as classy and cold and calculated as ever — and stabbed her father in the back on the world’s stage. Taking to her Instagram to explain her absence at the night’s big announcement, she explained she wasn’t there because she wasn’t going to have any part in his campaign or potential administration. She wrote:

“I love my father very much. This time around, I am choosing to prioritize my young children and the private life we are creating as a family. I do not plan to be involved in politics. While I will always love and support my father, going forward I will do so outside of the political arena.”

She doesn’t say it explicitly, but it’s pretty darn clear this statement is on behalf of her AND her husband Jared Kushner — which is good because it’s better when he doesn’t speak.

That means two of Trump’s most trusted advisers — Jared was given every job under the sun in that administration — looked at the possibility of a second presidency and said, NO THANKS, WE’RE GOOD. The NY Post claims Don tried hard to sell them on coming back all weekend as the family gathered at Mar-A-Lago for Tiffany Trump‘s wedding. Their source claimed:

“Trump thought he could convince Ivanka this weekend to come back and campaign for him as she was the most requested speaker after the president himself last time around.”

An insider told them he also wanted Jared, who was said to have been instrumental in the first win. But they were done, both having felt “they got burned in Washington” and didn’t “want to go back and expose themselves and their children to another bitter campaign.”

Based on how things are going, it seems like their best chance to stay out of prison, tbh. Teflon Don himself always seems to skate away from everything, but his underlings just keep going to prison…

Ivanka concluded her statement by assuring everyone that the Trump administration she served in definitely wasn’t a dumpster fire though:

“I am grateful to have had the honor of serving the American people and I will always be proud of many of our Administration’s accomplishments.”

How did the date go? “Oh, it was great.” Will you go out with him again? “Nah. No, thanks. Not again.” Ha! Hey, they already made their money out of this, right?

Ivanka wasn’t the only conspicuous absence at Trump’s announcement. Donald Trump Jr. somehow missed it, too! Is he also jumping ship?? Not so fast. While he hasn’t made a statement, The Daily Beast reports this is less a conscious choice and more a blunder.

A source told the outlet Don Jr. is on a “hunting trip in the Mountain West” and “couldn’t get a flight out to make it back for the speech because of bad weather.” His fiancée, Kimberly Guilfoyle, was in attendance at the party, however, and he’s considered to be all in on whatever Daddy is doing.