Jessa Duggar Denies Rumors She Was Snubbed From Sister Jill’s 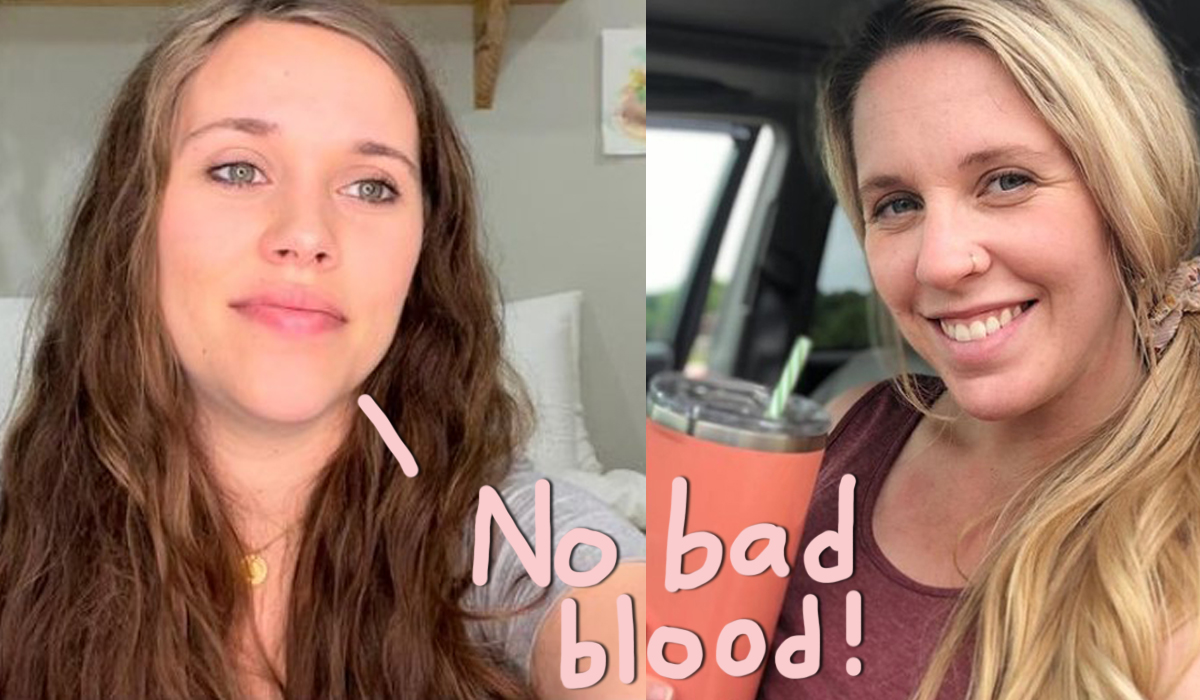 Jessa Duggar Seewald wants you to know she doesn’t have any beef with her beloved sister Jill Duggar Dillard!

Amy King, cousin of the Duggar sisters, hosted a baby shower for 31-year-old Jill and took to Instagram to share some sweet snapshots from the celebration! All seemed to be going well until fans started to notice something missing from the photos — Jessa! Although the 29-year-old commented on the photos speaking of how “fun” the baby shower was, she was nowhere to be seen in any of the images.

The apparent snub had some fans wondering if there was bad blood between the titular Jill & Jessa: Counting On stars. After all, Josh Duggar‘s very public child pornography trial last year was known to have divided the fam. And we know how much stress the molestation scandal caused the sisters.

Commenters began wondering aloud about the younger Duggar sister not being invited at all. But Jessa quickly set the record straight, writing:

“Please let’s not assume there’s a negative motive behind everything we do and do not do.”

Another user went as far as to claim that NONE of the Duggar siblings were at Jill’s baby shower, but Jessa promptly clapped back to that one as well! She answered:

“These rumors make me angry, and I’m here to put a stop to it. The narrative these kinds of comments put forward is a false one. Simply not true.”

She went on to state that despite not appearing in any pictures, she was very much at the shower. Later, however, she did admit that the attendance was low because “pretty much everyone else was out of town whether for a wedding, family reunion, or beach trip”. (Or, you know, serving time in prison…)

Jessa took it a step further and confirmed that there was no bad blood in between any of the Duggar ladies and that their 19 schedules (and counting) are just difficult to sync up:

“Summertime is busy and you cannot always coordinate 19+ schedules. Anyone with more than one adult kid should know that. My mom and all of us sisters + SIL love her dearly and she knows that!”

Well, maybe we won’t see Amy and Anna Duggar together anytime soon. Not after the former’s comments about Josh…

But Jessa went on to respond to yet another comment and tell curious fans to “stop spreading hate”:

“We spend plenty of time together even if there aren’t photos circulating on the internet to prove it. Not every gathering has to be a photo op. Quit spreading hate. She has family support⁠ — stop this nonsense.”

If they truly believe “not every gathering has to be a photo op”, they are definitely in the wrong line of work! Just sayin’!

Seriously though, how did they take all of these photos and not catch the siblings in a single one?! The photos that were posted only featured aunt Deanna Duggar and MIL Cathy Dillard Byrum aside from Amy and Jill herself. Strange…

And if Jessa hadn’t made herself clear enough, their cousin reiterated one more time in a comment that there was no drama to be found:

“We had a beautiful turn out and enjoyed just being in the moment! There wasn’t any drama and Jill was glowing!”

Glad to hear (many, many times) that things are good between the Duggar ladies after all they’ve been through! Ch-ch-check out the full post for yourself (below):

It’s Magic: How Tree Houses and School Buses Have Sparked