Julia Fox Reveals That Machete Attack On Her Birkin Bag 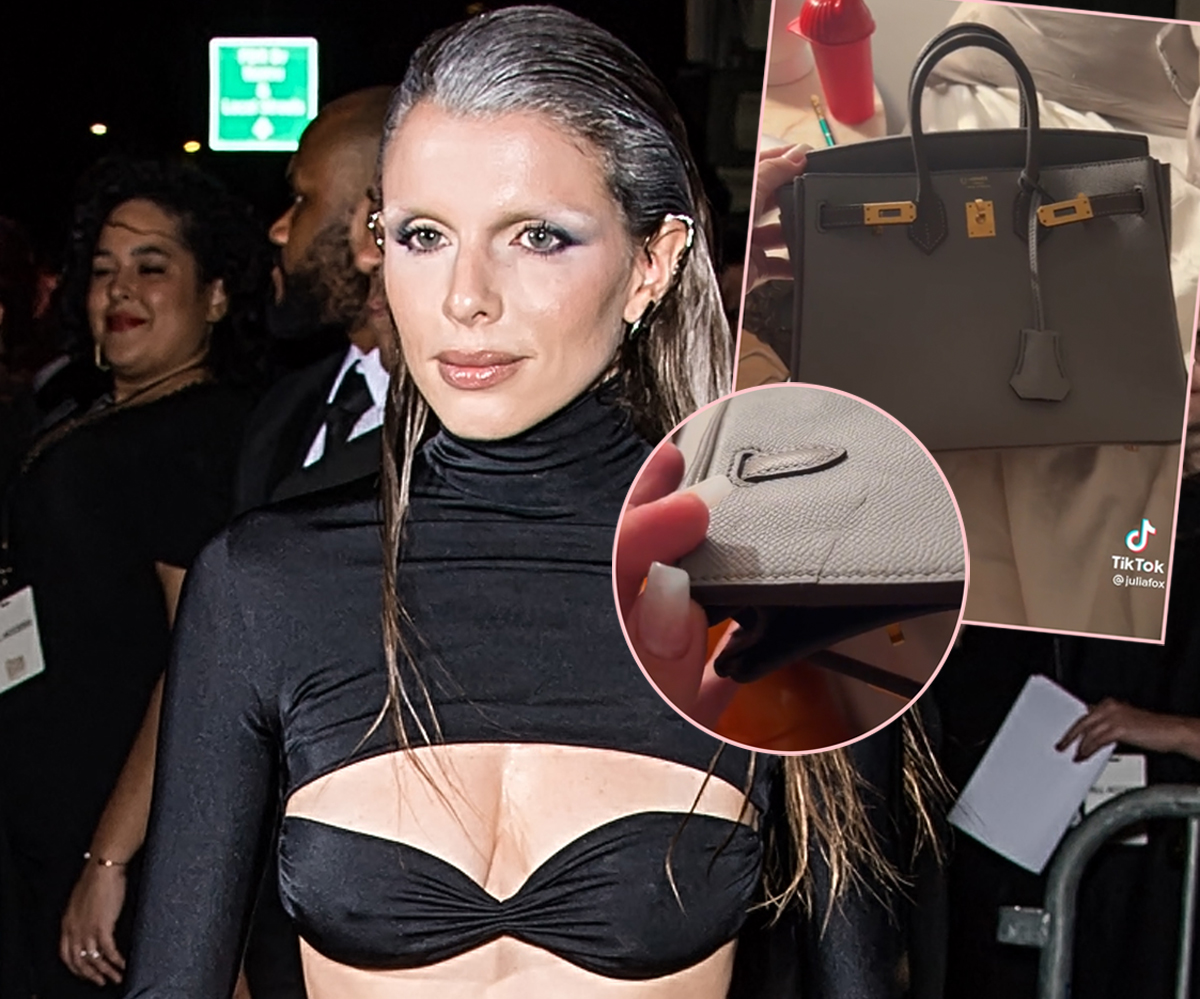 As you may recall, the 32-year-old actress recalled on TikTok last month the time she and her Birkin were attacked with a machete. You know, seemingly the same $10,000 Birkin Kanye West gave her back in February for her birthday! She shared while showing off her bag being sliced near the handles and sides:

“I love her, but she’s been through a lot! I know it’s a little hard to see there, but she was actually attacked by a machete. … You can see a little bit of from where the machete slipped and hit the side of the bag, too. There’s a few more little – I don’t know, I don’t even know how I f**king managed to like – you know, I was holding onto this Birkin with my life!”

Unfortunately, she did not share the how, when, and why she got attacked by a machete. It remained a bit of a mystery as commenters begged for deets, but she remained hush-hush on the story. Until now, that is!

During the opening night of the Thierry Mugler: Couturissime exhibition in New York City on Tuesday, the Uncut Gems actress revealed the person behind the incident (sort of) while speaking with E! News — and her answer may just shock you. She told the outlet it was a family member who did it! OMG! Without naming who it was, she explained:

“I got in a fight with a loved one, and I don’t want to snitch because we’re still friends.”

“Sometimes you fight with your fam.”

While Julia kept her lips zipped about who in her family was responsible for the crazy situation, she did confess there had been a reason behind it. The momma of one simply said:

Yeah… no. No matter what happened between Julia and her family member, it never should have reached the point where that person came at her with a machete. She is super lucky she didn’t get seriously injured. Reactions, Perezcious readers? Are you shocked it had been a family member who attacked her? Sound OFF in the comments below!