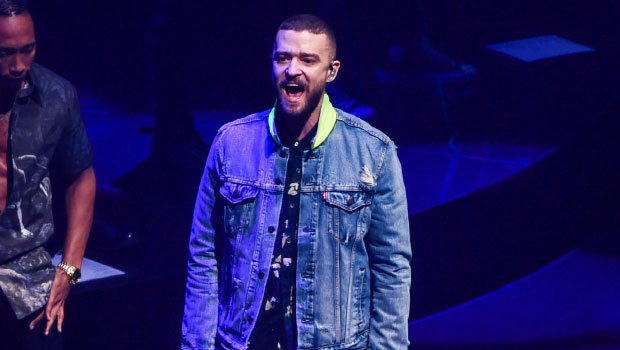 Justin Timberlake, is known for his legendary dance moves. But a recent attempt at DC’s “Beat Ya Feet” dance has elicited a mixed response. In the video posted to @cakesscam on TikTok, the Cry Me a River singer took to the stage wearing a light green button up shirt with a triangle pattern, khaki pants, brown sneakers, and a watch. Justin was performing “SexyBack” at Something in the Water Festival in Washington DC over the weekend when he paused to take on DC’s “Beat Ya Feet” dance. “CANT BELIEVE I SAW JT,” the video was captioned.

And fans are frankly divided on the viral moment, which has Justin attempting his own feet-shuffling version of the dance. “Me after a couple drinks thinking i actually did something,” quipped once TikTok user, while another commented on his pedestrian style wardrobe, stating, “Why did he shop at Eddie Bauer before the show?” Others focused on the dance itself. “Dad at a wedding type of dance,” commented another user, and yet another cleverly reacted, “C’mon Julia Stiles in Save the Last Dance.” Another user creatively commented, “Someone put the sneaker squeaking sound over this please and thank you.”

Justin Timberlake: Pics Of The Singer 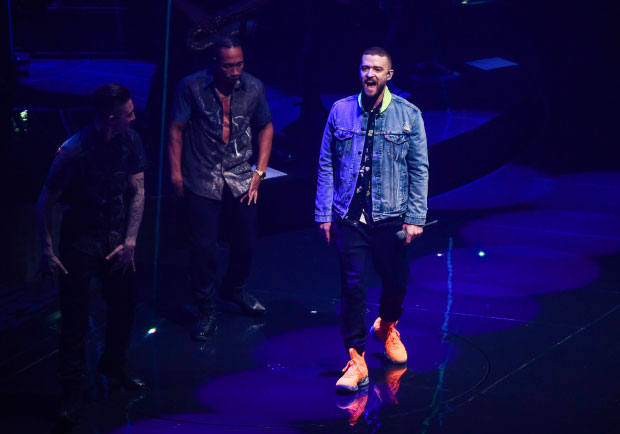 The former NSYNC member also garnered attention at the festival for reuniting with Pharrell onstage and performing “Rock Your Body.” Other performers at the Juneteenth weekend show included Noreaga, Chloe x Halle, Mariah the Scientist, Usher, Clipse, T.I., and Swae Lee, among others. Justin took to Instagram on Father’s Day to share a rare pic of his two sons with wife Jessica Biel — Silas, 7, and Phineas, 1.

“My two favorite melodies,” he captioned the adorable photo of the two boys seated at a piano, alongside double heart emojis. “Happy Father’s Day to all the Dad’s out there!!! Justin, who famously dated Britney Spears, has been married to The Illusionist star Jessica for nearly a full decade; they married in a lavish ceremony in October 2012.

Related: Janet Jackson Super Bowl Scandal: What To Know About The Backlash & Feud With Justin Timberlake

According To Rumors, Victoria Beckham And Nicola Peltz Are Inseparable

The Godfather Star James Caan’s Cause Of Death Revealed