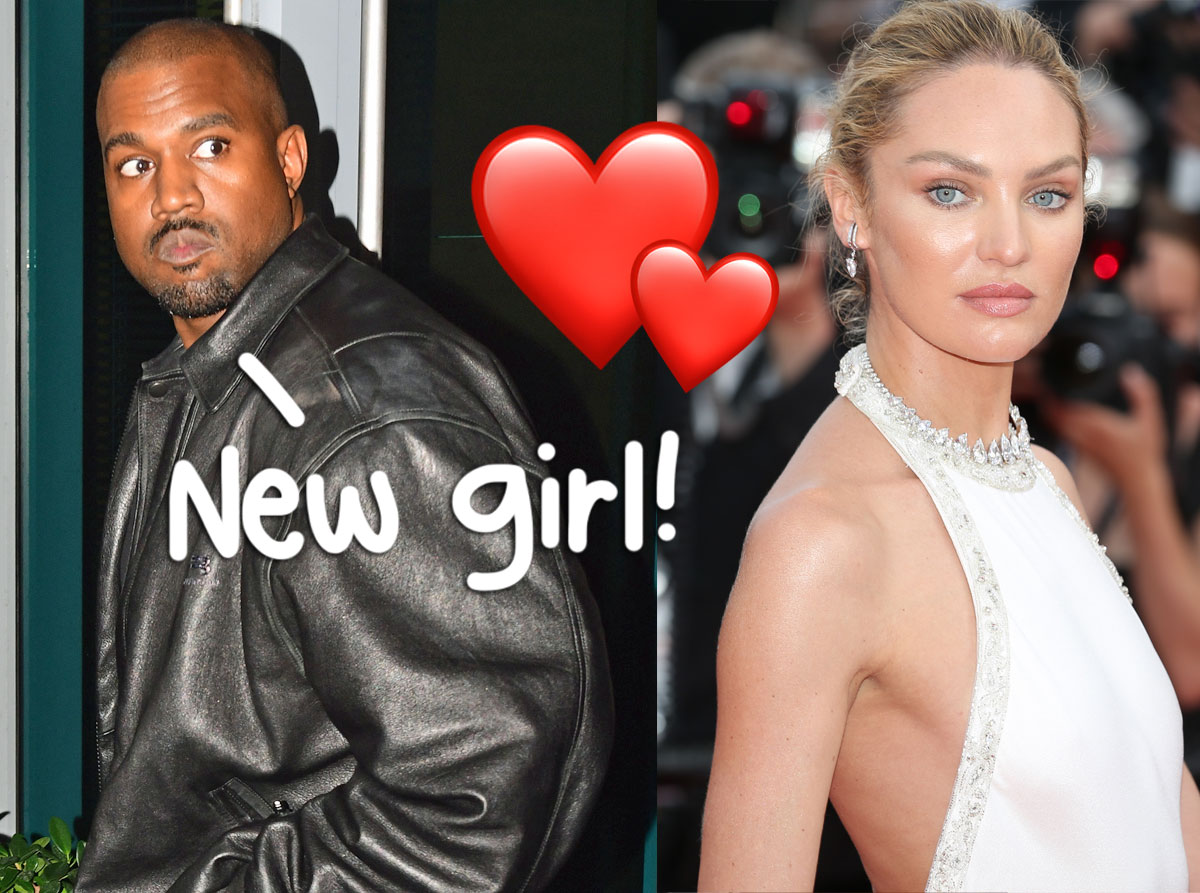 UPDATE 09/20/2022 1:07 P.M. PST: It turns out Kanye hasn’t found himself a new love in the midst of his divorce from Kim! While he made headlines with supermodel Candice, apparently their relationship is purely professional… If you call being someone’s “muse” professional.

A source told Us Weekly:

“They are together for promotional stuff for his Yeezy line. They collaborate well together and bond over fashion. Anything beyond a working relationship is not true. They are not involved romantically. She’s another one of his muses.”

Guess Ye’s ex-wife doesn’t have to worry about implying another leggy blonde is a snake. LOLz!

Kanye West has coupled up once again!

A source is spilling all the hot gossip on Kanye’s love life — now confirming he and Candice Swanepoel are an item! On Friday, the insider told ET the 45-year-old rapper and 33-year-old model have hit it off after connecting over their love of fashion. While the “relationship is new,” things are going very well so far, the source shared:

“Kanye and Candice are dating and their relationship is new. They like each other and are happy with how things are going so far. They’ve connected over fashion and creativity. Kanye is excited about Candice.”

Candice was previously tied to her longtime fiancé Hermann Nicoli, but they split in 2018. Ye’s been on the market for a while now after a series of relationships with other models, including Julia Fox, Irina Shayk, and Chaney Jones.

This love update comes after Kanye re-posted an image of he and Candice standing side by side together via his Instagram Story on Thursday. In the pic, he sported a hoodie and leather jacket while the fashionista wore bright pink pants, a black top, and a silver jacket. It was hard to tell how friendly they were since the picture was artistically taken in front of a blurry mirror.

You can catch a better look at Candice — seemingly at the same place — since she posed in the same outfit alongside Scott Disick’s ex Amelia Gray Hamlin in a separate photo shared the same day. Ch-ch-check it out!

Inneresting to see her hanging out with another Kardashian ex!

While not exactly IG official just yet, Candice has already made a notable appearance on her new man’s socials! She is featured in his new YZY SHDZ campaign, which the Hurricane vocalist has been promoting heavily. Several of the photos include her in a moody gray atmosphere while wearing the new Yeezy shades — once topless and another time with a shaved head (which Vogue reports was the bald head of collaborator Nick Knight photoshopped onto Candice). Candice told Vogue of the collaboration:

“The vision for the shoot was so clear but also allowed for me to contribute my perspective on it. Moreover, it was exciting being a part of something I knew would instantly become iconic.”

It’s cool to see Kanye link up with a new girlfriend — and it seems promising he’s found someone so excited about collaborating with him! But we can’t help but notice that Candice has some strong ties to his former other half, Kim Kardashian! Wait, wut?!

According to ET, the model posed for Ye’s ex-wife’s SKIMS campaign alongside Tyra Banks, Heidi Klum, Alessandra Ambrosio, and Kardashian herself, which will be featured on the new season of The Kardashians. Take a look:

Uhhh, is that gonna cause some problems for this budding couple? Especially if the exes’ co-parenting struggles continue? Hopefully not! Thoughts?!