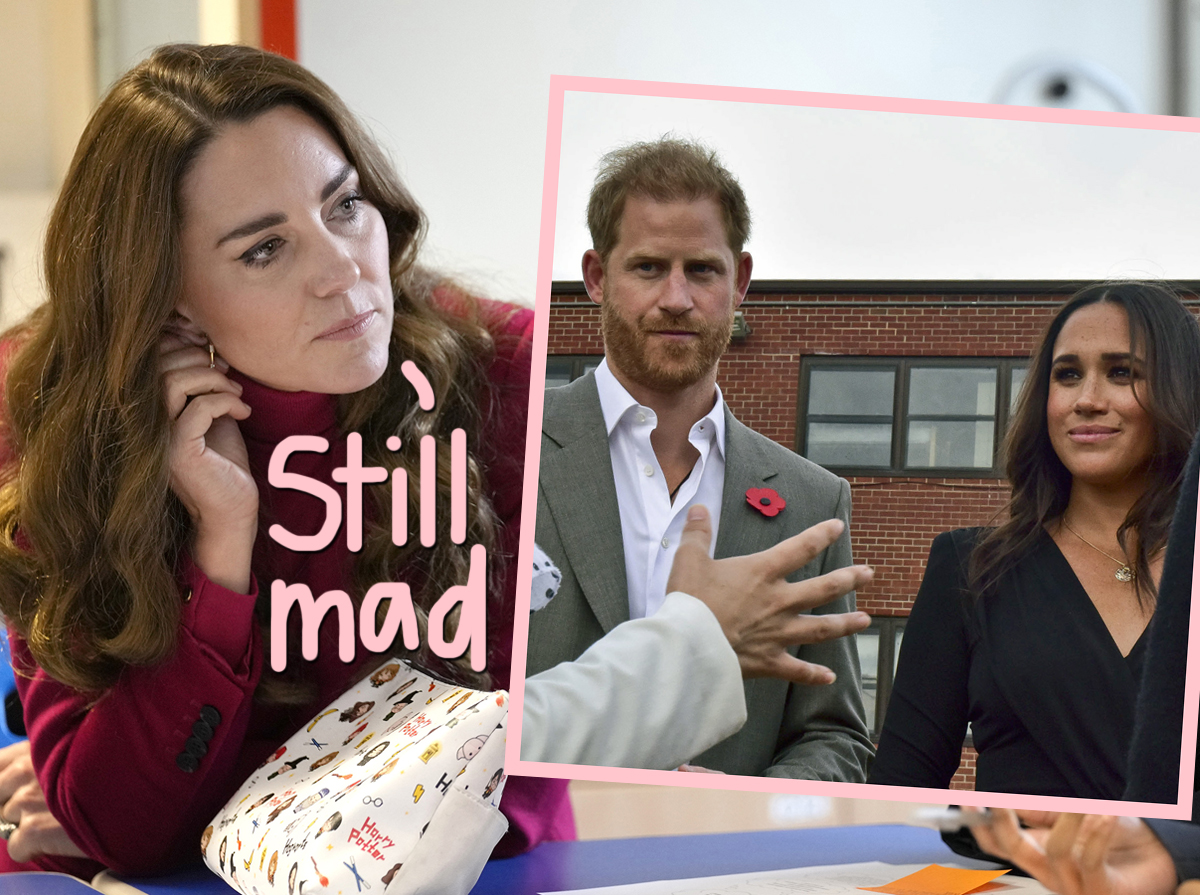 Seems like the bad blood hasn’t totally subsided in the Royal Family feud.

As we all know, Prince Harry and Meghan Markle’s decision to step away from the fam – and subsequently spill a lot of tea about the royal drama – did some serious damage to relationships. Harry and his dad Prince Charles weren’t even on speaking terms, and things were reportedly pretty tense between him and his brother Prince William as well.

Meghan and Kate Middleton had their own side plot in this future episode of The Crown, too. And although tensions have subsided somewhat, the Duchess of Cambridge is still “really, really upset about it all,” an insider told People.

A close friend shared with the outlet:

“Everything with Harry and Meghan has been hugely stressful, but if anything, it’s pulled [her and William] closer together. She was upset about it because [William] was so upset. Seeing her husband so distraught was tough.”

We’ve been hoping for a reconciliation for a while now – and over the summer, it even seemed likely, as royal biographer Stewart Pearce (author of Diana: The Voice of Change) claimed to Us Weekly:

However, he did specify that part of the reason they were getting along is because they weren’t really talking about any of their issues. Pearce explained:

“It’s not that William and William and Kate leave all the controversy about Harry and Meghan alone. But… they just simply position it there because after all, it’s not their responsibility to be involved in, you know, verbalizing anything. What they do is just simply offer as much peace and tranquility and calm as possible.”

It’s unclear how long they’ll be able to keep the peace, especially with the Duke of Sussex’s memoir coming out next year. Safe to say the Cambridges won’t take any of Harry’s revelations lying down – as Kate’s pal put it to People:

“She’s no pushover. She has an inner strength for sure.”

In the meantime, we’d heard that the future Queen Consort is “flourishing” in her role and “has really come into her own.” A source close to the royal household agreed, telling People that Kate is “more and more impressive as time goes on.” The insider added:

“She is a focused and professional woman.”

We have to agree – despite all the behind the scenes drama, Kate seems to have mastered the whole “keep calm and carry on” mantra in her public appearances. We do hope that the family can heal this feud and lessen her stress, though!

Invest In These Minimalist Boots, & All Your Outfits Will