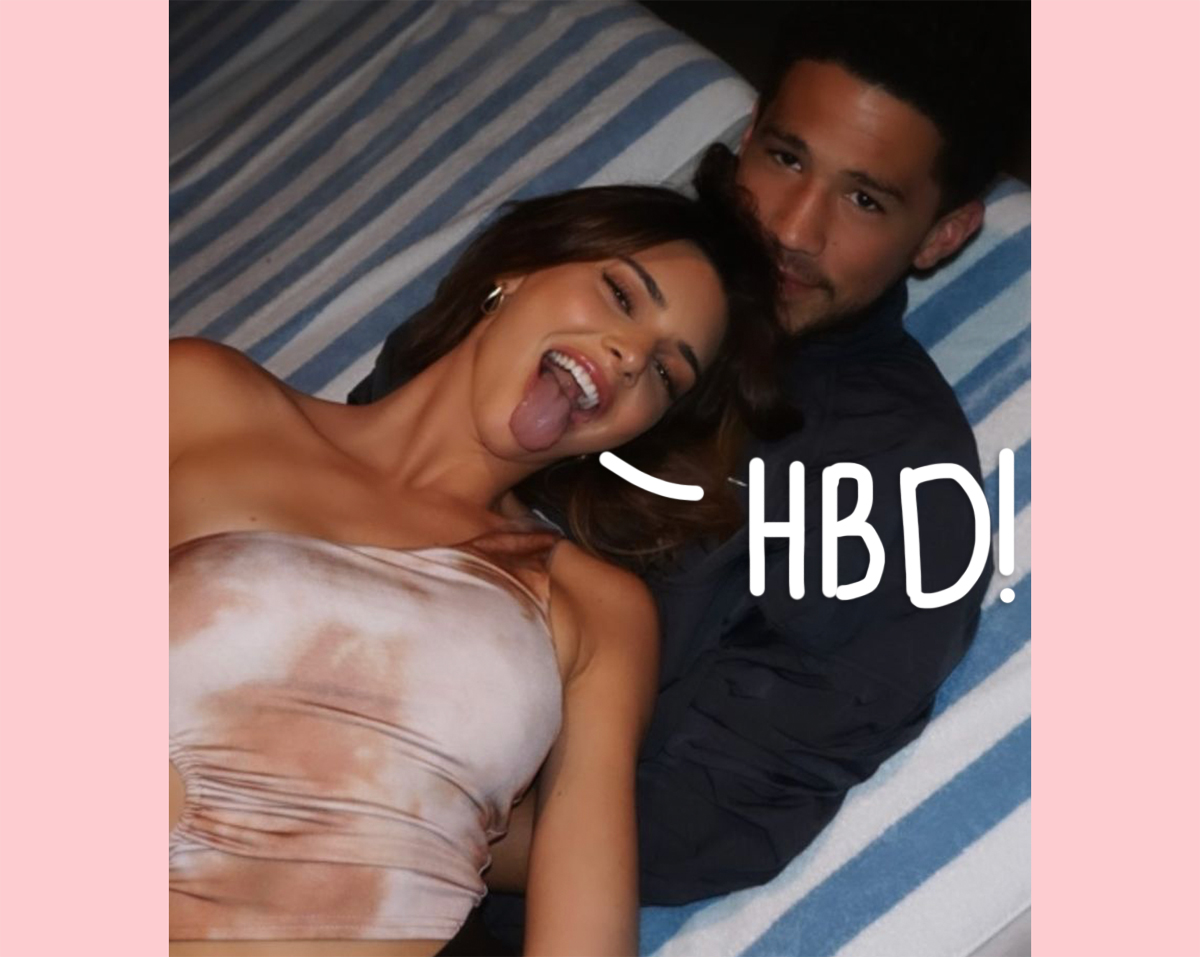 Kendall Jenner is sending Devin Booker some love for his 25th birthday!

On Saturday, the Keeping Up With the Kardashians alum took to Instagram Story to honor her boyfriend’s special day. Alongside a picture of herself playfully sticking out her tongue while laying on top of Booker on a beach chair, she wrote:

So cute!!! Ch-ch-check the sweet tribute (below):

Then, Kendall shared three red heart emojis over a smiling snapshot of the couple chatting over FaceTime. Take a look:

As fans know, the lovebirds made their relationship IG official on Valentine’s Day following months of romance rumors since April 2020. Since then, the supermodel has remained pretty private about her relationship with Booker — but is reportedly super “crazy” about him. A source previously told People earlier this year that he even has the Kardashian-Jenner stamp of approval, sharing:

“She has never looked happier. Her whole family loves Devin too. Devin is such a cool guy. He is very low-key and doesn’t want to be a celebrity. He is very sweet to Kendall.”

Another insider added that despite the low-key nature of their relationship, it was pretty “obvious that they have something special going on.” Awww! We’re so glad that things are still seemingly going strong for Kendall and Devin!