Kim Kardashian: 1st Pics In NYC Since Holding Hands With 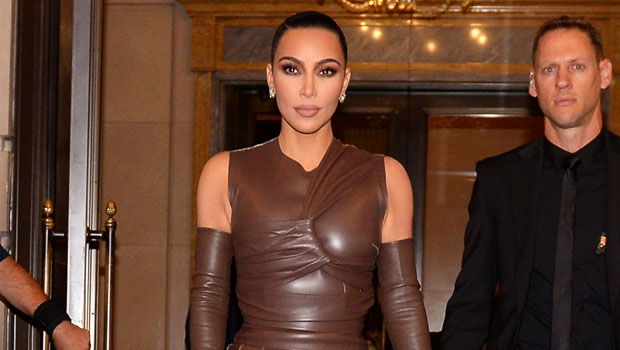 Kim Kardashian stepped out in New York City on November 1 in a dress from her upcoming collaboration with Italian luxury brand Fendi. The TV personality and businesswoman, 41, rocked a tight sleeveless brown dress with matching gloves on Monday evening, fashioning one of the many items from the Fendi x SKIMS collection, set to launch on November 9. 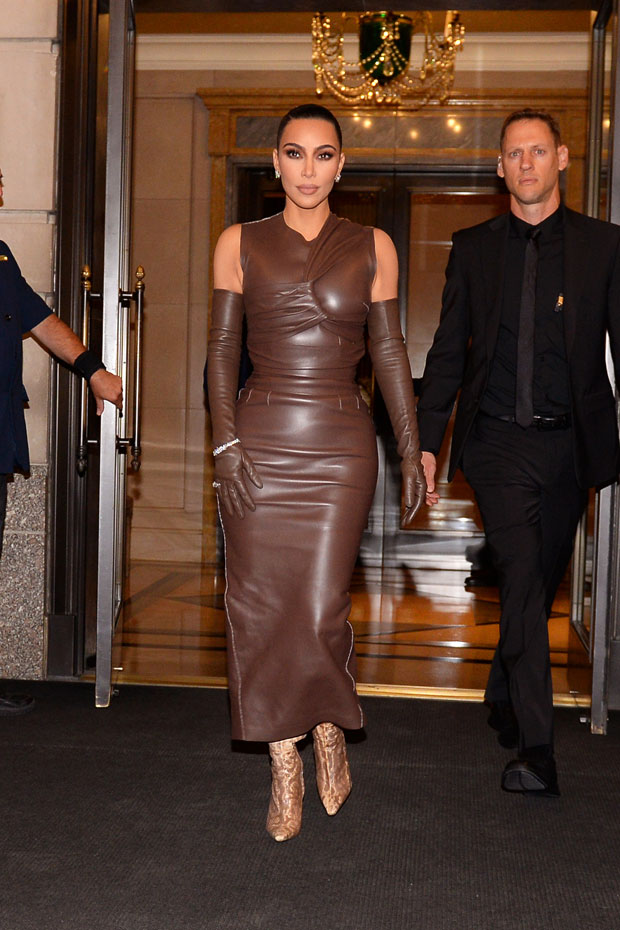 Kim Kardashian in a dress from the upcoming Fendi x SKIMS collab in New York on November 1, 2021 (Elder Ordonez/SplashNews)

The SKIMS founder is in town for the Wall Street Journal‘s Innovator Awards, which will be held at the Museum of Modern Art on Monday night. The annual ceremony honors groundbreaking talents from a range of categories, including entertainment, fashion, and art. Kim will be honored at this year’s ceremony alongside Lil Nas X, Ryan Reynolds, Kim Jones, Maya Lin, Lewis Hamilton, Colson Whitehead, and Sesame Street.

Past honorees have included BTS, Michaela Coel, Jennifer Lopez, Eddie Murphy, and Julianne Moore, to name a few. This year, Kim will be recognized in the “brand” category for her shapewear company SKIMS, which launched in 2019 and is now valued at over $1 billion. It’s been a successful year for the shapewear brand, indeed, as the news of the Fendi collaboration comes after SKIMS partnered with the Olympics to supply Team USA athletes with loungewear and other products. 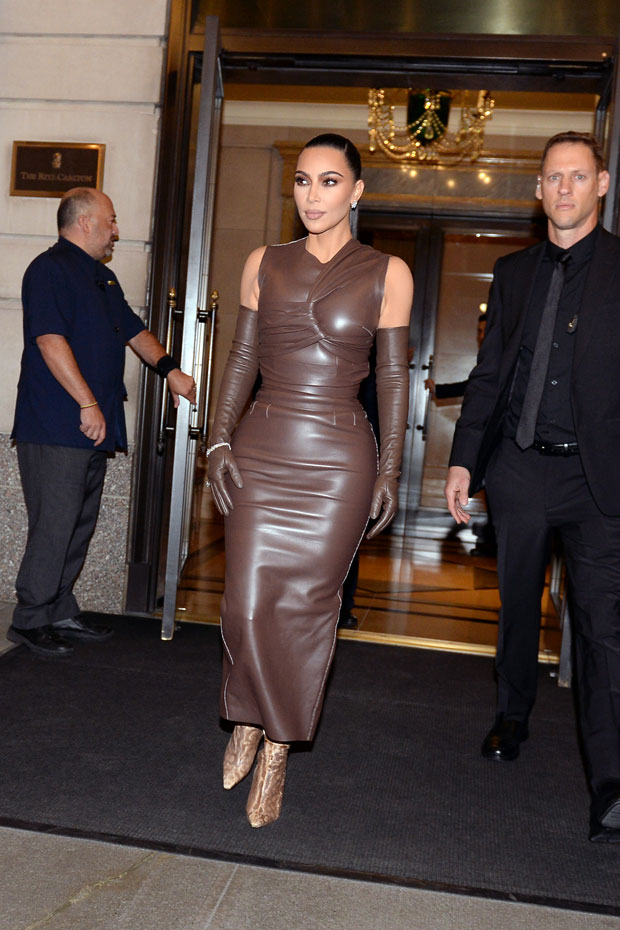 Kim Kardashian in a dress from the upcoming Fendi x SKIMS collab in New York on November 1, 2021 (Elder Ordonez/SplashNews)

Kim’s arrival in New York comes a few days after she and Pete Davidson hung out at Knott’s Scary Farm with some friends in Buena Park, California on October 29. Kourtney Kardashian and her fiancé Travis Barker also joined in on the spooks and thrills. The outing came after Kim hosted Saturday Night Live on October 9, participating in an Aladdin sketch with Pete, where the two shared a smooch on the magic red carpet.

Kim and Pete were photographed holding hands on a rollercoaster in photos obtained by PEOPLE, sending fans into a frenzy. A source told the outlet that the unlikely pair of friends run in the same circle, explaining that Travis and Pete know each other through mutual friend Machine Gun Kelly. “They hang in the same circles so they will be together from time to time,” the source said. The former Keeping Up With the Kardashians star is currently amidst a divorce from Kanye West.