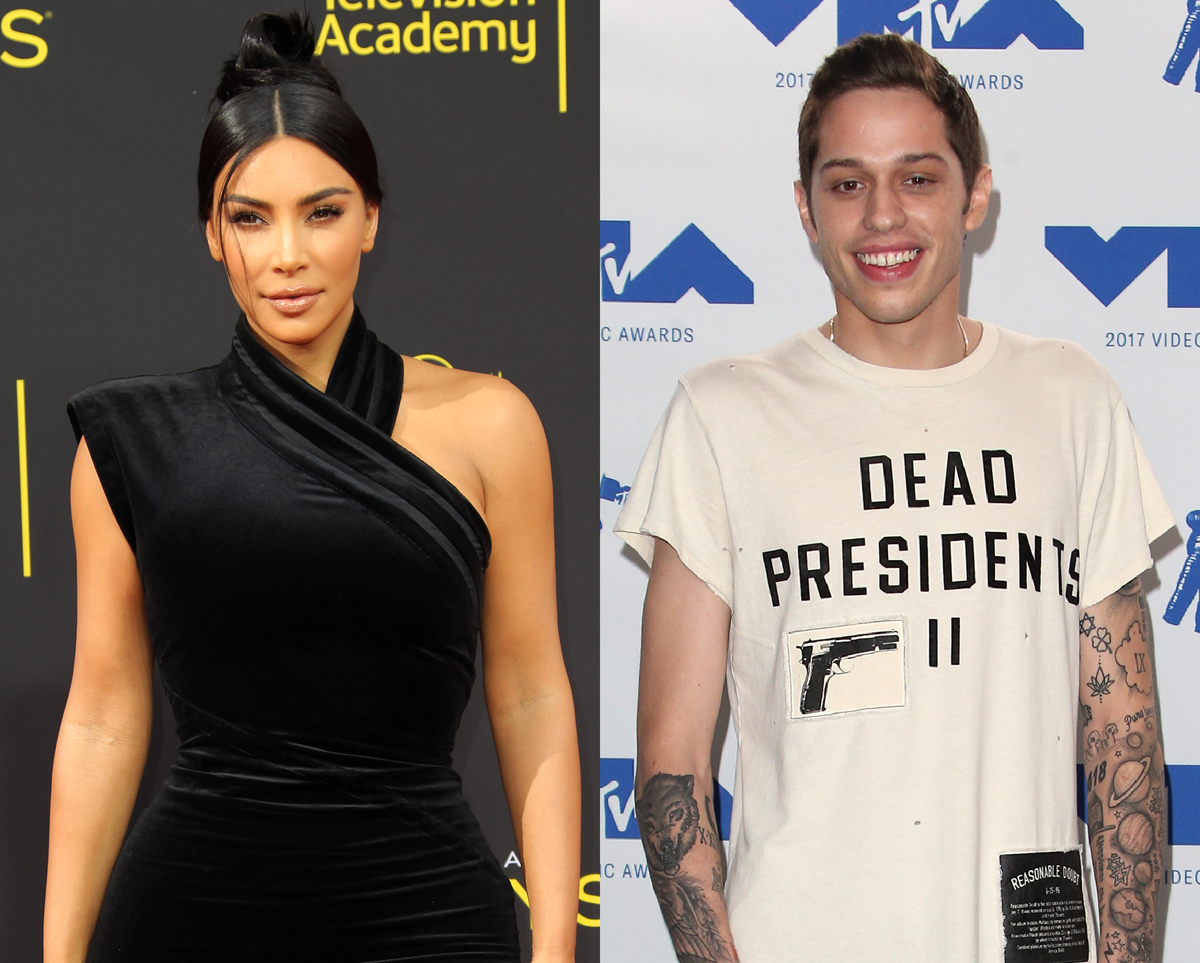 Kim Kardashian and Pete Davidson have everyone talking after their recent Halloween adventure!

On Friday, the 41-year-old Keeping Up With the Kardashians alum and the 27-year-old comedian were spotted together, along with Kourtney Kardashian and Travis Barker, at Knott’s Scary Farm amusement park in Buena Park, California. In photos exclusively published by People on Saturday, the two were seen screaming, posing, and at one point holding hands. GASPS! Ch-ch-check out the moment (below):

Now, before anyone starts jumping to conclusions here, a source insisted to the publication that Kim and Pete are simply friends and nothing more, saying:

“They hang in the same circles so they will be together from time to time. It’s just friends hanging out.”

Another source with TMZ also confirmed that the pair are just pals and have been for a while. Okay, it’s definitely possible to hold hands as friends — and it’s understandable to grab someone’s hand when terrified on a coaster and hanging on for dear life! However, this still didn’t stop social media users from freaking out over the possibility of the besties becoming something more in the future — especially since they just shared an on-screen kiss during SNL earlier this month.

*whispers* i like the idea of kim kardashian and pete davidson. pic.twitter.com/2MWXHzR9Cz

All of us seeing pete davidson with kim kardashian pic.twitter.com/6kaTUzXqTn

Reactions to the Kim and Pete? Let us know in the comments (below)!