Kim Kardashian Pokes Fun At Her Three Divorces, Says She 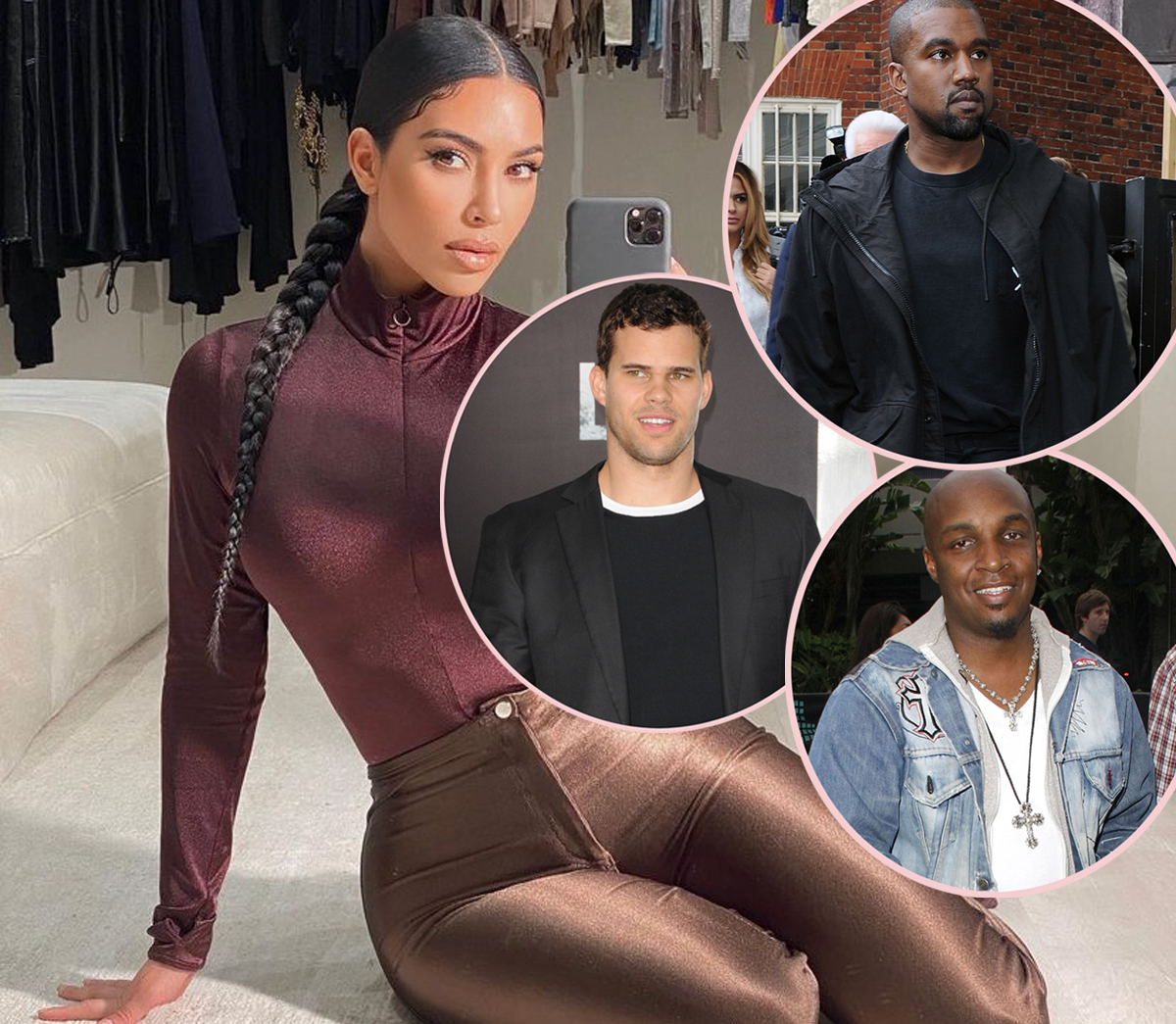 Kim Kardashian got jokes when it comes to her three divorces!

While celebrating the upcoming nuptials of Simon Huck and his fiancé Phil Riportella Friday night, the 41-year-old Keeping Up With the Kardashians alum hopped on the mic for some impromptu words about marriage, noting that she may not have been the best person to dish out this kind of advice. In an Instagram Story video posted by guest and journalist Derek Blasberg, Kimmy Kakes can be seen grinning while wearing a royal blue gown and large, sparkling earrings with her hair slicked back in an up do. So chic!

While the audience applauds her, she turns to look back at Huck, who is clapping and laughing. And once the cheering clams down, the reality star joked at her own expense:

“I was a little bit confused because I haven’t really figured out this marriage thing myself, so I don’t know what kind of advice … I’m gonna give to you guys tonight.”

LOLz!!! We can see that her rumored beau Pete Davidson is rubbing off on her! Ch-ch-check out the brief video (below):

As you know, Kim first got hitched to Damon Thomas when she was just 19 years old. She then infamously married Kris Humphries in 2011 — but the pair broke up just 72 days after their wedding. Most recently, the KKW Beauty founder filed for divorce from Kanye West, with whom she shares North, Saint, Chicago, and Psalm. Even though they’ve called it quits, she has remained supportive of the 44-year-old rapper — even calling him “the greatest rapper of all time” on Saturday Night Live and appearing in a wedding dress at his Donda listening party. However, she also couldn’t resist poking fun about her ongoing split from Ye during her hosting debut, saying:

“I mean, I married the best rapper of all time. Not only that, he’s the richest Black man in America, a talented, legit genius, who gave me four incredible kids. So when I divorced him, you have to know it came down to just one thing: his personality.”

And he apparently did not take the dig well, clapping back on the Drinking Champs podcast recently:

“SNL making my wife say ‘I divorced him’ on TV because they just wanted to get that bar off and I never have seen the papers. We’re not even divorced. So how we — because [it’s] no joke to me, my kids want their parents to stay together. I want their parents — I want us to be together.”

Wonder what Kanye will have to say about her latest quip?! Reactions to her joke, Perezcious readers? Let us know in the comments (below)!