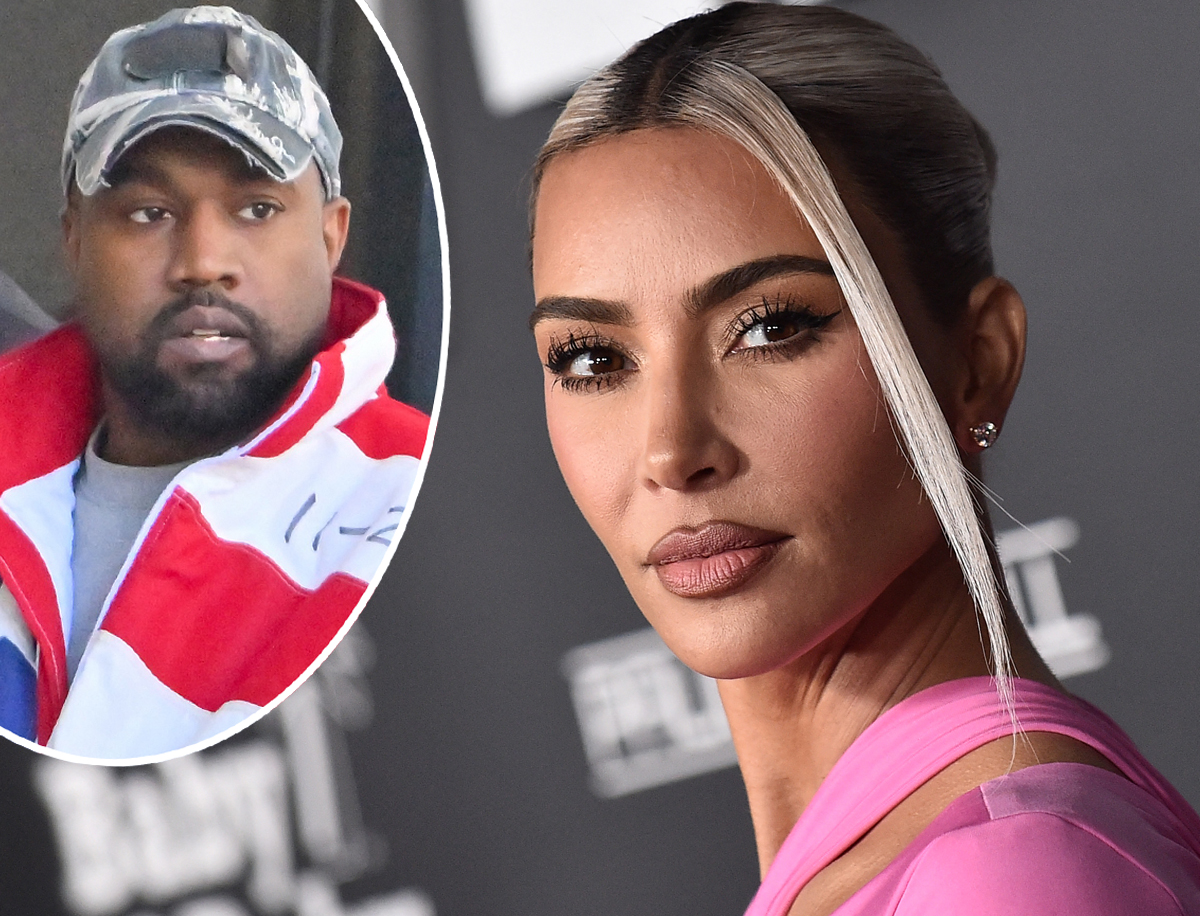 Kim Kardashian is breathing a big sigh of relief.

Of course, news came down this week that the 42-year-old reality TV star had completely (and finally!) settled the terms of her divorce from rapper Kanye West. After nearly two full years of legal limbo, the ex-couple’s separation is set in stone. Now, each party can move on to the rest of their lives.

Related: Did Kim Kinda Fumble The Bag With This Divorce From Ye Tho??

For the 45-year-old rapper, that apparently means running for President in 2024 amid his string of other unsettling and inappropriate recent actions. And for Kim, the settlement means she can settle into single life with the peace of mind in knowing she can leave this tumultuous period behind.

An insider just spoke to People about that exact mindset, in fact. On Wednesday night, the mag published a report quoting a source who laid out the SKIMS mogul’s thoughts on the split. For one, the informant revealed Kim is “relieved” their breakup didn’t have to go before a judge:

“[Kim] didn’t want the divorce to go to trial.”

It sounds like Ye didn’t, either. The insider explained how the Jesus Walks rapper had previously been disagreeable on divorce terms. However, as the possibility of trial loomed later this month, he quickly caved on several major points of contention:

“[Kim and Ye] had several initial disagreements that they were now able to agree on. Kanye ended up agreeing to most of the things that he opposed in the past.”

As Perezcious readers will recall, we’ve been reporting on the ex-pair’s new divorce accord all week. Financial matters appear to have been pretty clearly settled. Even the former fam’s expansive real estate portfolio has been cleanly divided up. The only real potential point of concern moving forward centers on their four children.

When it comes to North, 9, Saint, 6, Chicago, 4, and Psalm, 3, the divorce agreement explicitly lays out terms for splitting duties, too. But there’s always a chance friction could pop up. We hope it doesn’t, but, well, Ye can be pretty unpredictable… to say the least… Still, the KUWTK alum seems to be optimistic about her family’s future. Regarding Kim’s chances of co-parenting successfully with the volatile rapper, the insider explained:

“Although Kim and Kanye share custody [of the kids], Kim is the primary caregiver. They agreed that Kanye needs to speak to Kim in private about any complaints and not go public with them. She wants the kids to be protected. Kim hopes the co-parenting will be a bit easier from now on.”

And so that’s that, then. We think? We hope! TBH, something tells us we haven’t reported the last of Kim and Kanye. Not by a long shot. But at least as far as their kids are concerned, we hope life can even out a bit from here. And from Kim’s POV, the divorce’s denouement will certainly bring peace and calm. What do y’all think, Perezcious readers?