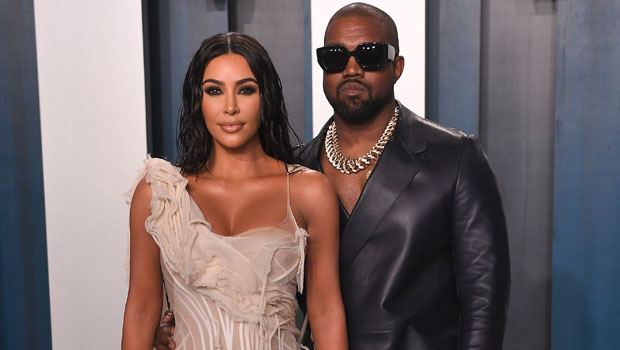 New court documents show that Kim Kardashian is completely done with Kanye West and has repeatedly requested to ‘bifurcate and terminate’ their marriage status to no avail.

New legal documents obtained by HollywoodLife show the hard truth — Kim Kardashian, 41, is ready to completely terminate her marriage to Kanye West, 44, and be granted legal single status. In her declaration, Kim noted that “No counseling or reconciliation effort will be of any value at this time” and that “irreconcilable differences have existed and continue to exist between [Kanye] and me, which have caused our marriage to irretrievably break down.”

The reality star went on, “I have been attempting to settle our dissolution with [Kanye] since I filed for divorce in February 2021. I have requested several times that [Kanye] agree to bifurcate and terminate our marital status. [He] has not responded to my request.” Bifurcation is defined as allowing the parties in a divorce to be restored to “single” status while the other pending issues of the divorce continue to be sorted out. “[Kanye] and I both deserve the opportunity to build new lives,” Kim continued in her statement. “Therefore, I am asking that my request to bifurcate and terminate our marital status be granted.” 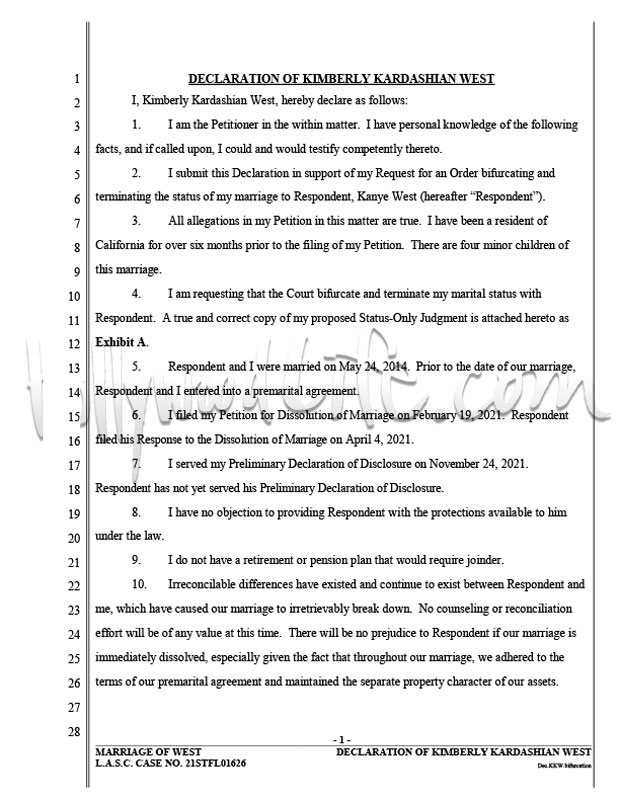 The SKIMS founder filed for divorce back in Feb. 2021 after seven years of marriage with Kanye and four kids together: North, 8, Saint, 6, Chicago, 3, and Psalm, 2. Although the pair have still spent time together over the past few months, Kim had apparently “hit her boiling point” at Kanye’s recent Larry Hoover benefit concert Thursday night with Drake, considering how he put her on the spot by saying, “Run back to me Kimberly” in a revised outro of his song, “Runaway.” 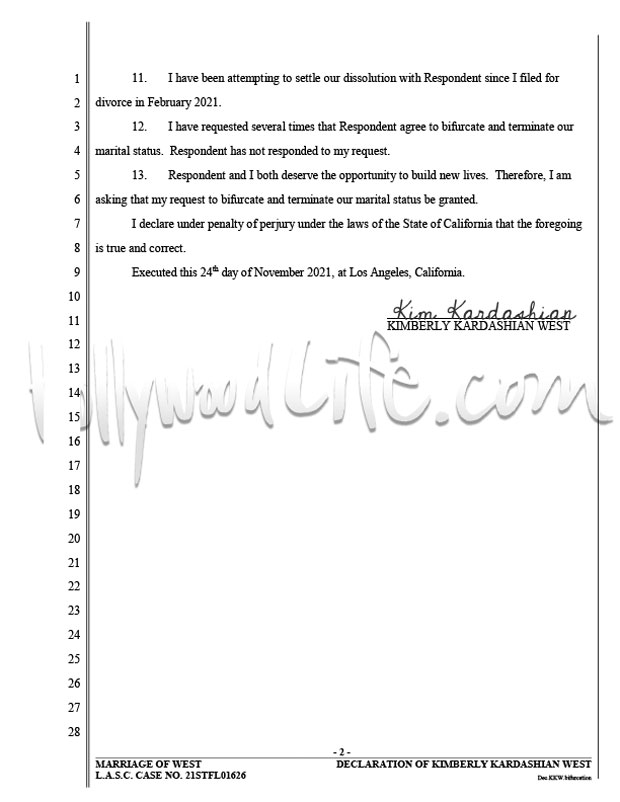 Another source added that Kim knew she “needed to take action right away” and called up her lawyer Laura Wassar to file the request with the court. “She contacted her lawyer immediately. She didn’t see any other choice. Kanye is not only upsetting Kim and her family, but he is confusing their children with the things he is saying her kids are getting older and beginning to understand what he’s saying and what is going on,” the source added.