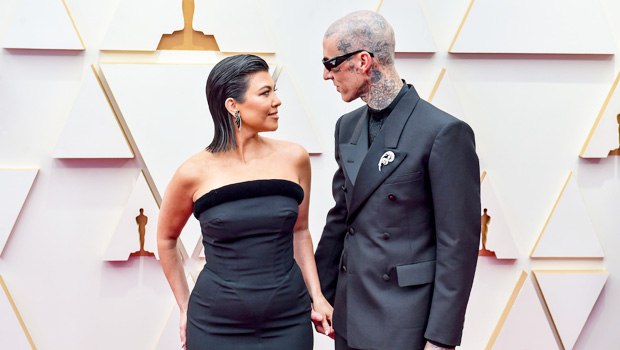 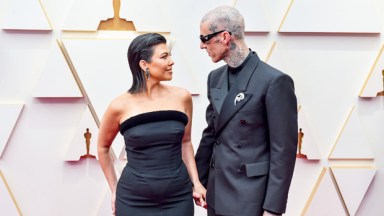 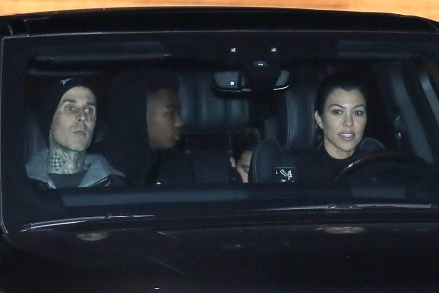 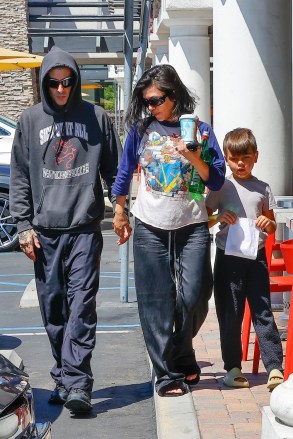 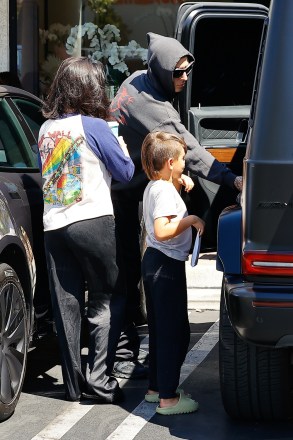 Travis Barker, 46, was rushed to Cedars-Sinai Medical Center in Los Angeles June 28, and his new wife Kourtney Kardashian, 43, was right behind him wearing dark sweats with a hood pulled over her head.  Now the Poosh founder is speaking out about the frightening incident that began at West Hills Hospital for an undisclosed health concern and ended with Travis being transferred.

“Oh what a scary and emotional week it has been,” Kourt wrote via her Instagram Stories on Saturday, July 2. “Our health is everything and sometimes we take for granted how quickly it can change,” “Travis and I went in for a routine endoscopy together and he ended up with severe, life-threatening pancreatitis.”

“I am so grateful to God for healing my husband, for all of your prayers for him and for us, for the overwhelming outpouring of love and support,” she continued. “I am so touched and appreciative. I am so so thankful to our specialists, doctors and nurses at Cedars Sinai for taking such wonderful care of my husband and me during the stay.” 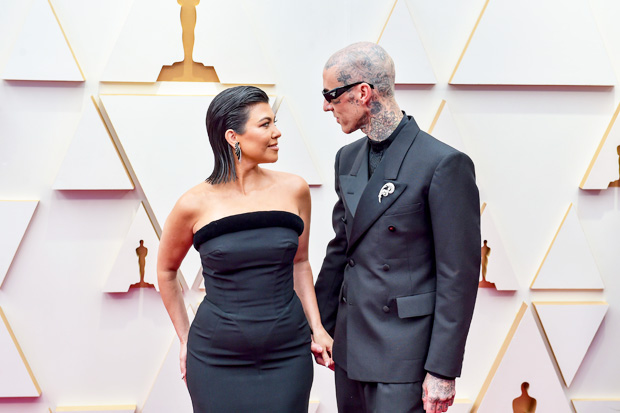 Kourtney Kardashian and Travis Barker at the 94th Academy Awards in Los Angeles, California on May 27, 2022. (Matt Cowan/Shutterstock)

The dramatic photos of the Blink 182 drummer being wheeled in via stretcher escalated concern among fans. Travis wasn’t completely visible in the photos, but his hand tattoos could be seen, and he was wearing a long-sleeved black top. His reality icon wife stood among medical personnel who were transporting Travis into the facility. The rocker raised further raised concerns when he tweeted “God save me” the same day. His daughter, Alabama Barker, also issued a plea for prayers via social media. HollywoodLife has reached out to his reps, but we haven’t yet received a response.

The images were a stark depiction of a marriage that reached the “in sickness” portion of the vows rather quickly. The PDA-loving couple tied the knot in no fewer than three ceremonies — an April 4 “practice” run in Las Vegas, a legal ceremony in Santa Barbara, California on May 15, and a lavish, star-studded celebration in Portofino, Italy on May 22. Kravis got engaged in a stunning seaside betrothal in October.

They’ve since seamlessly blended their families — Travis brought his two children with ex-wife Shanna Moakler, Landon, 18, and Alabama Barker, 16 to the marriage, as well as his former stepdaughter Atiana de la Hoya, 23. Kourtney brought her children with ex Scott Disick to the union — Reign, 7, Penelope, 9, and Mason Disick, 12. A source close to the couple told HollywoodLife EXCLUSIVELY earlier in June that Kourt is “loving” the marriage.

The source stated that she is, “loving every second of playing wife” and “cannot stop looking at photos from their wedding and she is telling everyone to call her Mrs. Barker.” They also said that the marriage has only made the entire family one another more. “Marrying Travis has only strengthened the bond that she has with his children, and they were so happy to have been included in their wedding party. She will care for his children the same way she does for hers.”

How to Make the Most of Free Trials of Hulu,