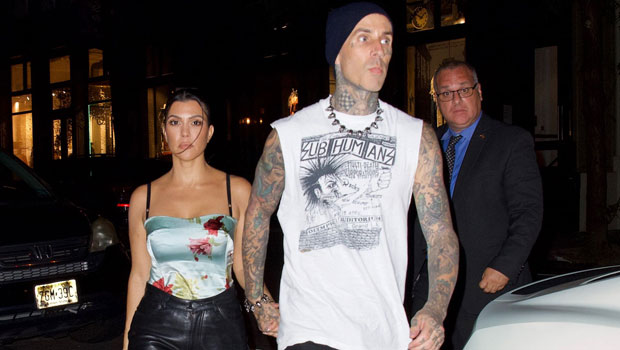 Kourtney Kardashian and Travis Barker’s Halloween couples costume reign has reached its grand conclusion with a homage to the 1990 classic Edward Scissorhands. The newly-engaged couple dressed as movie couple Kim and Edward, played by Winona Ryder and Johnny Depp, for their final Halloween costumes this year. The Poosh founder, 42, wore a long blonde wig and Kim’s signature off-the-shoulder dress recreated by Amsale, while Travis, 45, wore the title character’s all-black ensemble, hands made of scissors, and unruly hair, as seen in the photos HERE. 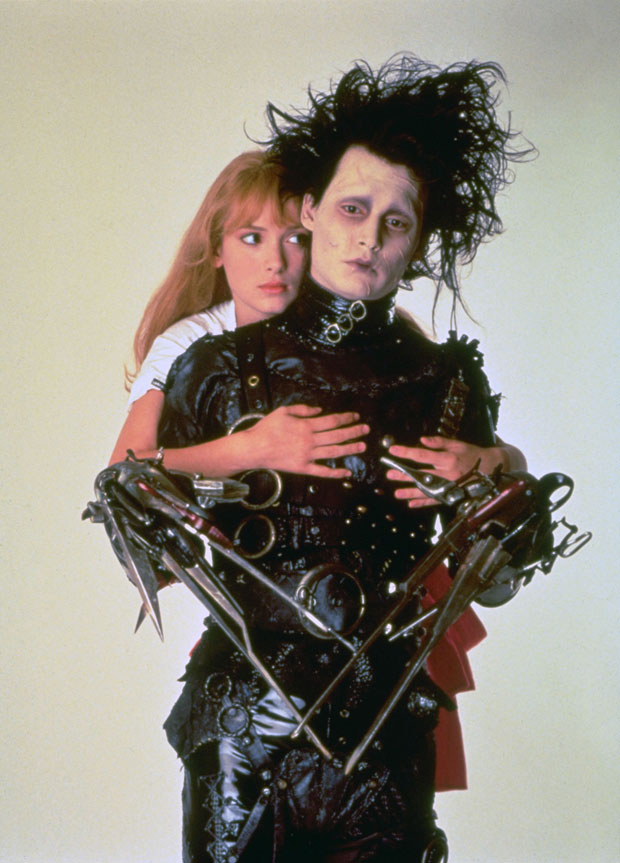 Other couples costumes that the two wore this year were that of Sex Pistols’ Sid Vicious and girlfriend Nancy Spungen and fictional couple Clarence and Alabama from the 1993 crime romance film True Romance. This Halloween marks the first spooky holiday for the two as an engaged couple. The Blink-182 drummer proposed to Kourtney on October 17, almost a year after going public with their romance in February. Travis popped the question on a beach in Montecito, California with much of their family around, including sisters Kim and Khloe Kardashian.

The nuptials will mark Kourtney’s first and Travis’ third. He was previously married to Melissa Kennedy between 2001 and 2002 and Shanna Moakler between 2004 and 2008. He and Shanna share children Landon, 18, and Alabama, 15, together. Kourtney is also a mom to three, sharing Mason, 11, Penelope, 9, and Reign, 6, with ex-boyfriend Scott Disick. Following the news of the engagement, a source revealed to HollywoodLife exclusively that the Kardashian and Jenner clan, especially Kourtney’s children, are elated about the engagement. 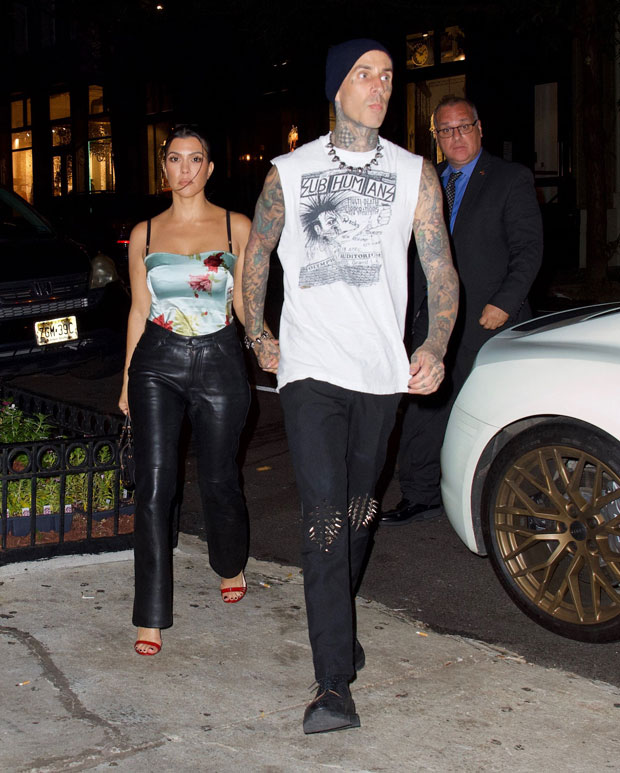 “The kids are super happy about this, as is Kourtney’s entire family,” our source said. “They adore Travis and they love their blended family.” Travis treats Kourtney’s children “like his own,” the source explained, adding that the musician is “extremely hands on” and a “good father” to his children, which is “one of the things that attracted [Kourtney] most to him.”

While on Ellen DeGeneres‘ final Halloween show on her eponymous talk show on October 29, Kardashian matriarch Kris Jenner (dressed in a Cruella de Vil costume) revealed that Travis asked for her blessing prior to proposing, calling him a “sweetheart.” Kris said, “They’re really made for each other. They really are. They’re the cutest couple. They’re so in love. And, you know, they let us know they’re so in love, constantly.” She called the relationship “really, really special.”

‘What a fix!’ Starstruck viewers ‘livid’ over final result of

Outlander: Blood of My Blood Prequel Officially in Development at

AuthorBuzz Giveaway: A Fairytale Romance and a Heartrending Story of