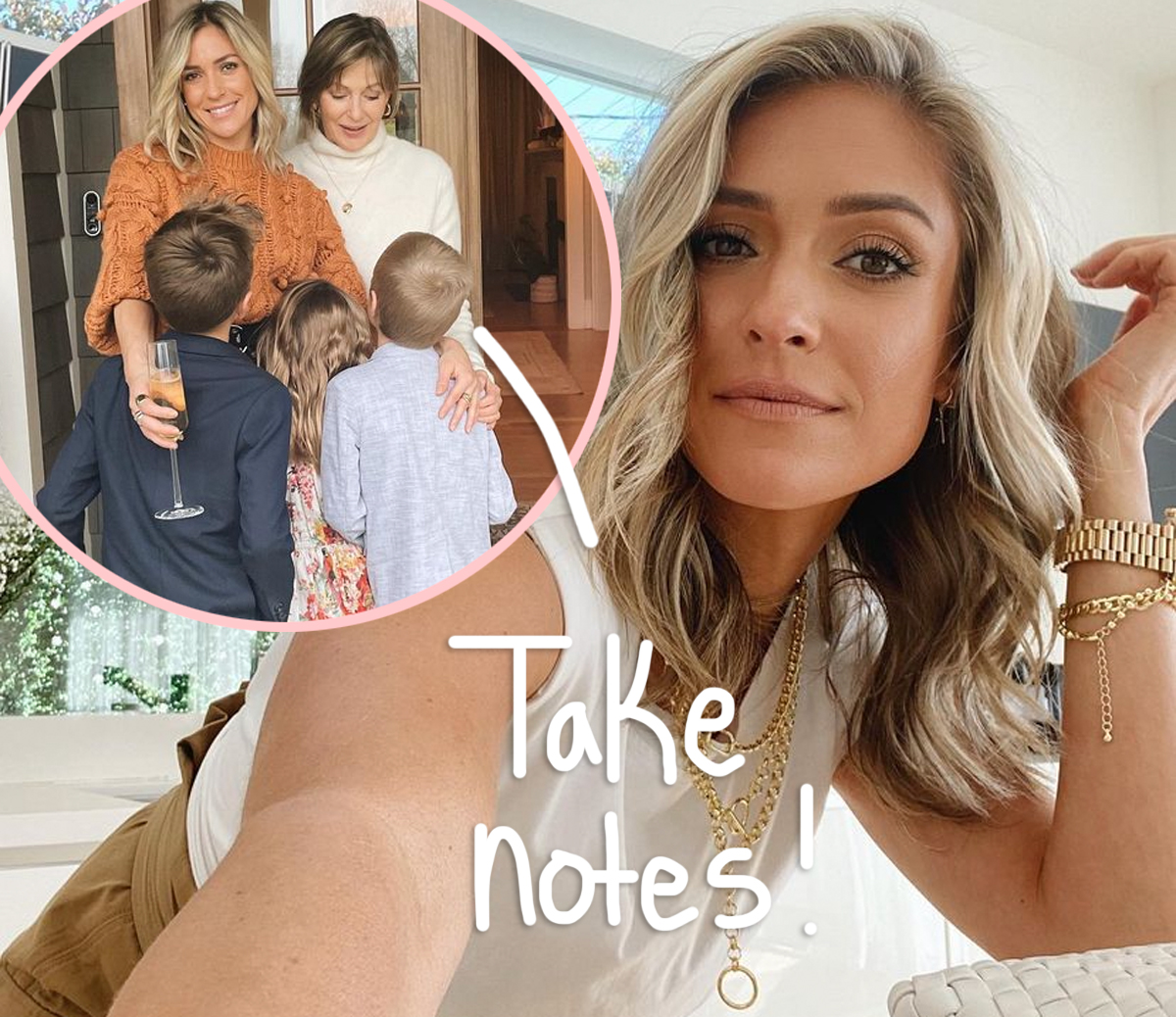 When it comes to her love life, it turns out Kristin Cavallari’s kids have some hilarious thoughts about it!

The 35-year-old reality star posted a series of videos on Instagram Stories Thursday, where her two sons, 9-year-old Camden Jack and 8-year-old Jaxon Wyatt, offered up some dating advice – specifically on what kind of guy they think she should become involved with next. She said in the clips:

“I’m getting dating advice from my boys. Jaxon just said I need to date somebody older.”

Jaxon then chimed in off-camera:

Related: Is There Any Hope Left For Kristin Cavallari & Jay Cutler???

And when Kristin asked why she needed to date someone older, her young son simply stated:

As for some other tips, the pair also recommended that their mom “wear better lipstick” in general. Kristin, who sported a coral shade of lipstick that day, laughed, responding:

Of course, Jaxon and Camden are not the only ones who have some guidelines about Kristin’s dating life! The Laguna Beach alum previously detailed what she is looking for in a future partner during a Q&A session on the ‘gram in April, sharing:

“I need my rock. Someone who is so comfortable in their own skin who is stable and has their own s**t going on. I want a good, sweet guy. I’m done with narcissist a**holes thank you very much.”

DAMN! Talk about some shade towards her exes!

Kristin also admitted that she “finally” felt ready for a serious relationship after spending some time “to work through some heavy stuff” following her split from Jay Cutler. She further explained on The Bellas Podcast that same month:

“Through my divorce, I’ve done a lot of reflecting and I’ve really looked inward. I feel like I’ve grown up the most that I have in the last two years, because I’ve essentially been on my own. The first year I dated, I was having fun. I was like, you know, getting back out there and then really for the last year I haven’t dated. I mean, I’ve gone on a couple of dates, but like nothing major. And I’ve really just focused on myself and making sure that I worked through everything with my ex and really closed that chapter.”

“I want to make sure I’m fully healed before entering something new. I also think just being really comfortable in your own skin and knowing who you are is really important entering a relationship. So, it was important to me to just really get in touch with myself again and figure out who the hell I am now.”

We are wishing her the best of luck in the dating scene because, as we all know, it can pretty wild out there! And who knows perhaps Camden and Jaxon’s advice will be helpful!