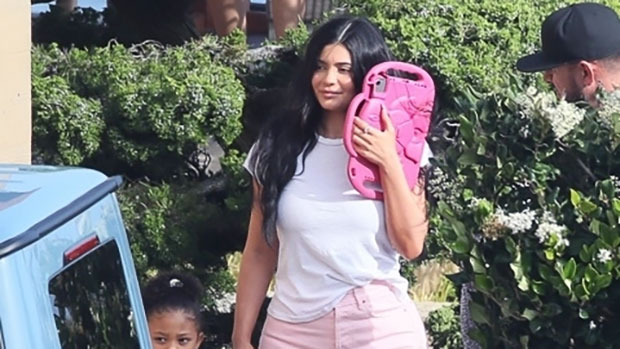 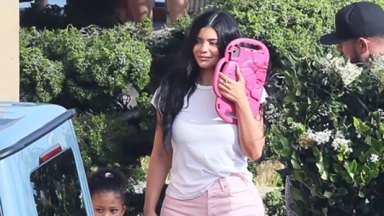 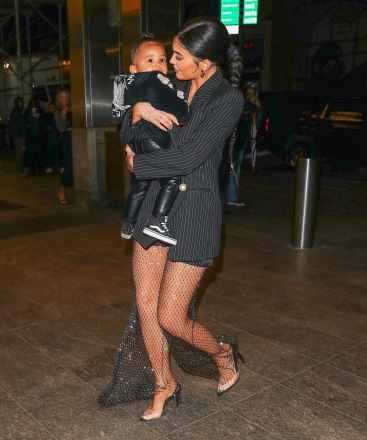 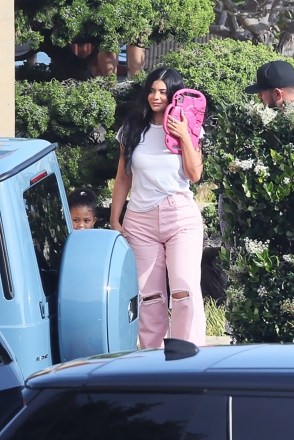 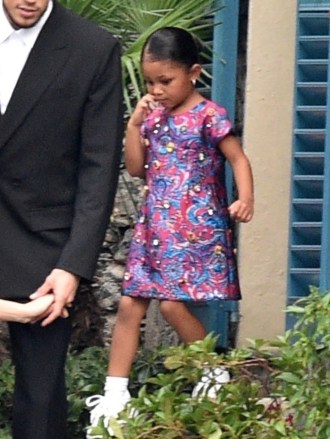 Kylie Jenner, 24, and Stormi Webster, 4, always make time for mommy and me moments. The mother-daughter duo was seen heading to fave spot Nobu Malibu on June 7. Kylie went for a casual look in a simple white T-shirt and light pink ripped jeans. 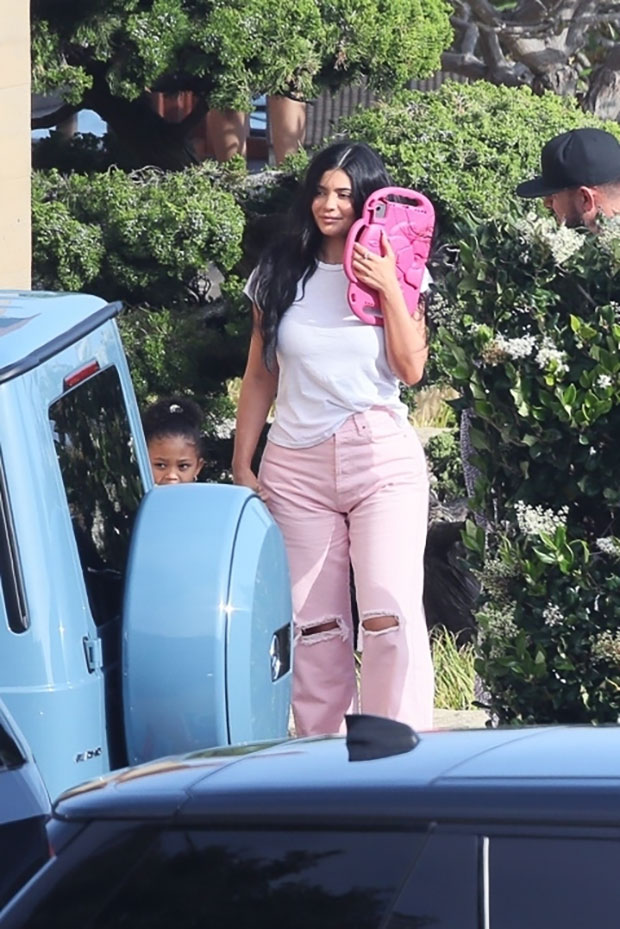 She held Stormi’s hand as they headed out of Nobu. The Kylie Cosmetics mogul had one of Stormi’s pink toys in the other hand. Stormi had to have something to do while waiting for her food!

Kylie and Stormi left the boys at home in favor of a girls-only outing. Kylie welcomed a son with Travis Scott in February 2022. The couple has not publicly revealed their son’s official name yet. The baby boy was originally named Wolf Webster, but Kylie and Travis decided to change their son’s name.

The mom and daughter have been able to spend lots of time together — just the two of them — over recent weeks. Kylie took Stormi to Kourtney Kardashian and Travis Barker’s wedding in Italy and left Travis and their son at home. Stormi wore an adorable white dress to one of the wedding events, while Kylie looked stunning in a floral Dolce & Gabbana silk dress.

At the actual nuptials, Stormi was a total fashionista in a blue, pink, and purple sequined dress. Kylie dazzled in a shimmery floral dress for Kourtney and Travis’ wedding. Stormi was one of the only Karjenner kids to attend the wedding other than Kourtney’s 3 kids.

Even though she’s just 4 years old, Stormi is already a master photographer. Kylie revealed that Stormi can take a photo with the best of them. The 4-year-old took one of Kylie’s gorgeous photos in Italy. “My baby’s got me,” Kylie captioned her Instagram photos.

Just one week before Kourtney’s lavish wedding, Kylie also took Stormi to the Billboard Music Awards to support Travis. Stormi looked stylish in a one-shouldered white dress for the outing. Stormi is such a big girl now and always on her best behavior. Kylie has to be one proud mama!

Michael Phelps Credits Wife Nicole Johnson With Helping Him Through

Marvel Drops Trailer for Assembled: The Making of Moon Knight

THE CASE OF THE ABSENT ANSWERS

New Photos Show How Nasty It Gets At The ‘Fear