Machine Gun Kelly Is More Of A ‘Bridezilla’ Than Megan 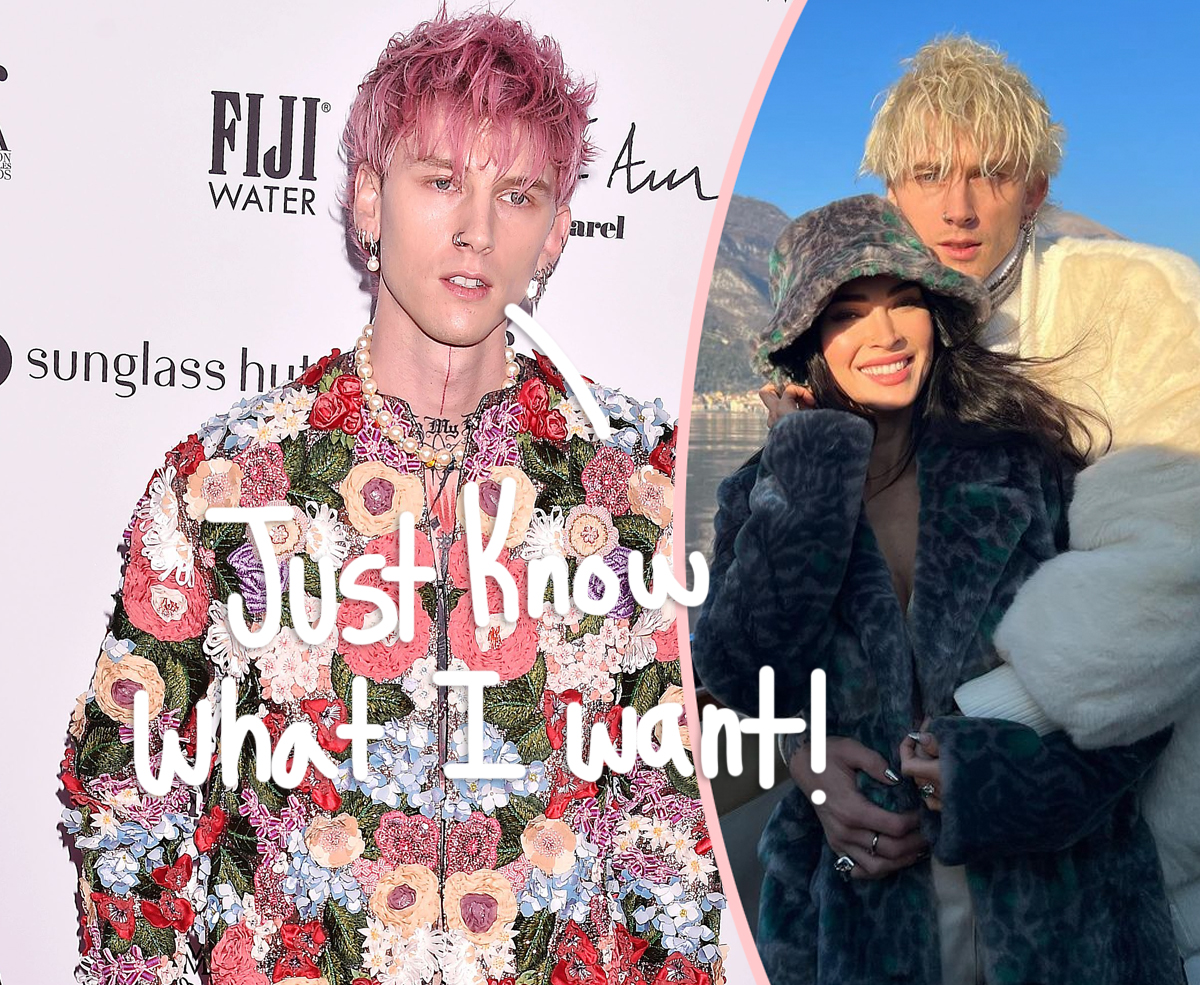 Apparently, Machine Gun Kelly is bringing all the drama to the wedding planning with Megan Fox – at least so says director Tim Sutton!

While working with the couple on the drama movie Taurus, the filmmaker spilled to Us Weekly at the Tribeca Film Festival on Thursday that he noticed some inneresting dynamics between Megan and MGK when it comes to getting ready for their future nuptials. What is that you may ask? Well, Tim claims that the 32-year-old musician was a bit of “bridezilla” at times while Megan is more chill about everything. He said:

“Supposedly [Machine Gun Kelly is a] bridezilla more than she is because she’s been through it before. Their every move is recorded and I made it my space to, like, work with them dramatically, answer questions, be there if they needed, but to give them their space.”

Related: Britney Spears Admits She Had A ‘Panic Attack’ Before Her Wedding!

Maybe this is where those rumors that the two are “fighting” constantly as of late are partially coming from?! As we reported, a source told The Sun that friends have grown concerned about the Jennifer’s Body star’s relationship with MGK, saying:

“They had a good time at Kourtney Kardashian and Travis Barker’s wedding and looked super cute. But friends are worried they could be on the rocks as they have been fighting a lot and getting on each other’s nerves.”

That does not sound too good for the engaged duo! The insider continued:

“They had an amazing relationship for the first year but now Megan often feels she is dealing with a grown-up child. He can also be prone to jealousy whenever she talks to other men.”

It sounds like this all comes down to his behavior. Yikes! Wedding planning can be incredibly stressful at times – so if MGK is a groomzilla at times, that very well could be a big reason for Megan’s aggravation, too.

Fortunately, it sounds like they are close to finishing their preparations! An insider previously told Entertainment Tonight that the lovebirds are in the “final stages” of planning everything – and it promises to be the perfect embodiment of how their relationship tends to be:

Now that it seems like the stress of planning will be over soon, hopefully, things will calm down for the both of them! What do YOU think, Perezcious readers? Let us know in the comments (below).