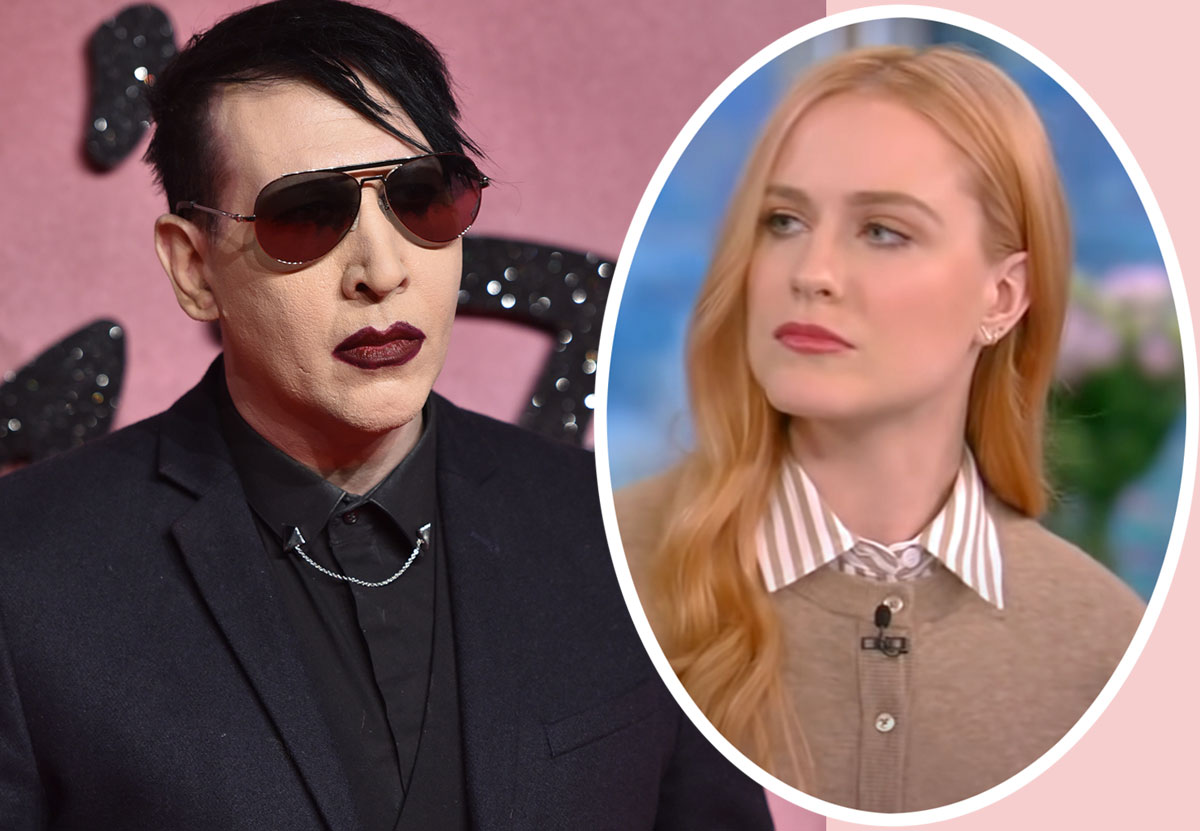 What did he think was going to happen??

On Wednesday, TMZ obtained new legal documents filed by Marilyn Manson in which he complains about the career downfall he’s faced after Evan Rachel Wood and several other women accused him of sexual assault! In the new filing, the rock star claims his career has been deeply affected by what he calls a false portrayal of him as an alleged rapist, abuser, and child pornographer.

As we’ve reported, the Westworld actress, who dated the musician from 2006 to 2010, has made very public accusations against her ex-boyfriend (all of which he denies). She even chronicled the alleged sexual abuse she faced in an HBO documentary, Phoenix Rising. Back in February 2021, the Frozen 2 star first accused her ex of sexual abuse, claiming on Instagram he had “started grooming [her] when [she] was a teenager and horrifically abused [her] for years.” In the dramatic two-part doc, she also alleged he tied her up, beat her with a Nazi whip (she was raised Jewish), and electrically shocked her genitals when she tried to break up with him. To top it all off: he allegedly made her drink his blood, too. Really gruesome stuff. He’s continuously denied it all.

Naturally, with accusations as serious as these, the 53-year-old’s reputation took a major toll… and now, he’s upset about it! In the filing mentioned at the top, the artist said his film and TV career is currently in the gutter as an aftermath of the allegations. He was even pulled from two shows, one of which he had a recurring role on. His art is also suffering as his paintings depreciate in value because of the scandal. A book release and other art shows have also been indefinitely postponed.

Similarly, his music career is going down the drain since he is unable to tour. It doesn’t help that he was dropped from his record label, Loma Vista Recordings, and talent agency, CAA, either. Marilyn, whose real name is Brian Hugh Warner, is even feeling hurt now that he’s been shunned from countless social and business gatherings as apparently no one in Hollywood wants to touch him amid this controversy.

Even more troublesome for the controversial star is that he’s getting countless death threats online. These have reportedly caused him to become anxious, distraught, depressed, worried, frantic, sleepless, and fearful, according to the doc. Whoa. While he is scared for his personal safety, he is also afraid for his wife, Lindsay Usich.

This filing does come at an interesting time since in May, TMZ reported that his sexual assault case was winding down after a nearly year-long investigation and that criminal charges did not seem likely since there were “some credibility issues with the victim,” according to law enforcement sources at the time. He’s still yet to face charges, so, we suppose this is why he’s so upset the damage has already been done to his career. Still, after what he’s been accused of, it’s not surprising.

If you or someone you know has experienced sexual violence and would like to learn more about resources, consider checking out https://www.rainn.org/resources. If you or someone you know is experiencing domestic violence, help is available. Consider calling the National Domestic Violence Hotline at 800-799-7233, or text START to 88788, or go to https://www.thehotline.org/.

“Love Is Blind” Couple Iyanna and Jarrette Just Announced They