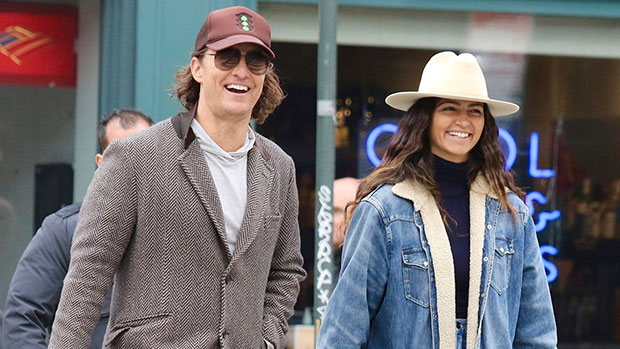 Matthew McConaughey and his wife Camila Alves couldn’t hold back their smiles as they enjoyed a romantic NYC stroll in new photos.

Now that’s a love that lasts! After nearly a decade of marriage, Matthew McConaughey, 52, and wife Camila Alves, 39, looked as happy as teenagers as they enjoyed a romantic stroll together over the weekend in NYC. Toting matching tan shopping bags as they crossed the street, Matthew and Camila were overcome with laughter and absolutely radiant as they enjoyed some one-on-one time. 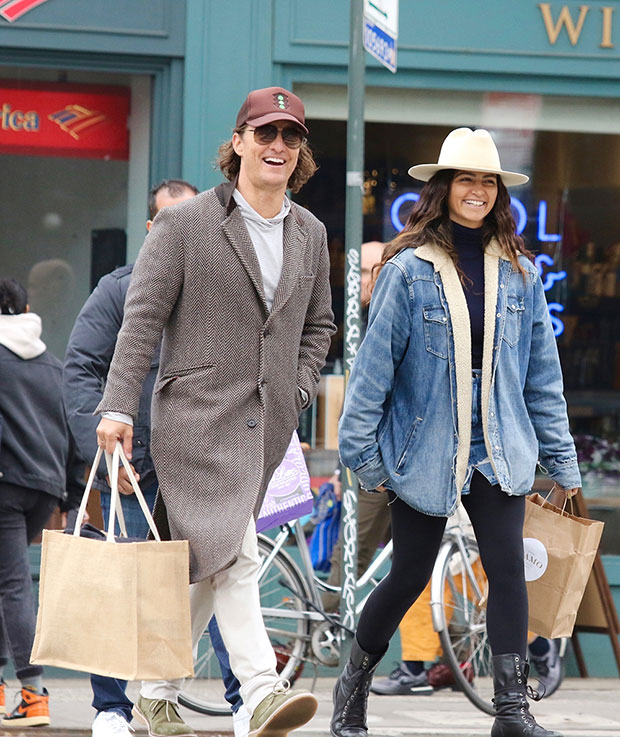 Matthew McConaughey and Camila Alves were all smiles as they shopped through SoHo during a daytime date. (BrosNYC / BACKGRID)

In the sweet photos, Matthew and Camila chose polished and casual looks for their city stroll and grinned happily together as they crossed the street toting their purchases on the early spring day. Matthew chose to keep warm with a stylish brown peacoat, completing his look with green suede shoes, tan pants, and a brown baseball cap. For Camila’s part, she chose a cozy denim jacket with a fleece interior, a skintight black turtleneck with leggings to match, and a denim skirt to tie the whole look together. To accessorize her city-chic look, Camila opted for a tan fedora and calf-high leather combat boots. 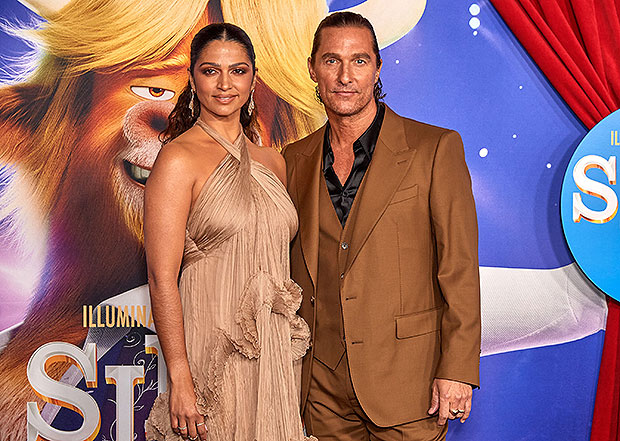 Matthew McConaughey and Camila Alves have been married for nearly a decade. (Rob Latour/Shutterstock)

Matthew and former model Camila reportedly first met at a Los Angeles club back in 2006, and for Matthew at least, it was love at first sight. As the pair grew closer, many milestones would come before marriage, and they welcomed two of their children before Matthew finally popped the question at Christmastime in 2011. They welcomed their first child, son Levi, back in 2008, and added daughter Vida to the family in 2010. After finally tying the knot in an intimate Texas ceremony attended by pals Woody Harrelson and Reese Witherspoon, they welcomed their third child, son Livingston, just a few days after Christmas in 2012. Holidays are extra special in the Alves-McConaughey family, it seems!

Matthew has been open about his love and pride in his family and even dedicated his first Academy Award win to them in a heartfelt speech. After accepting the Best Actor award for his role in Dallas Buyers Club, he took the stage to honor his family, sharing: “the courage and significance you give me every day I go out the door is unparalleled…You are the four people in my life that I want to make the most proud of me. Thank you.”

Meet Your Heroes: A Case for Reading Author Biographies