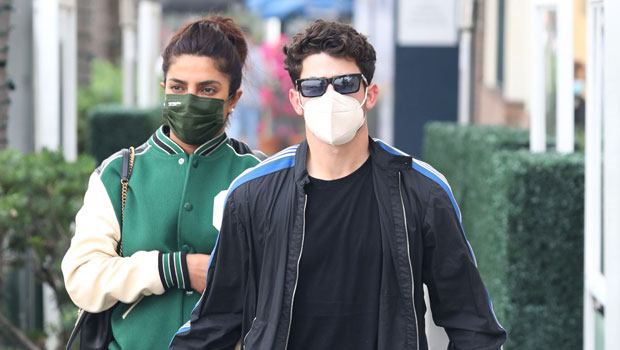 Nick Jonas and wife Priyanka Chopra stepped out in Beverly Hills to run some errands on November 1. The couple held hands as they departed a store on Monday, looking warm (and stylish) in their bomber and varsity jackets. Nick, 29, opted for an all-black ensemble (with the exception of the blue stripes running along his sleeves) and some Converse shoes, while Priyanka, 39, wore a green varsity jacket with white sleeves and black ripped jeans. 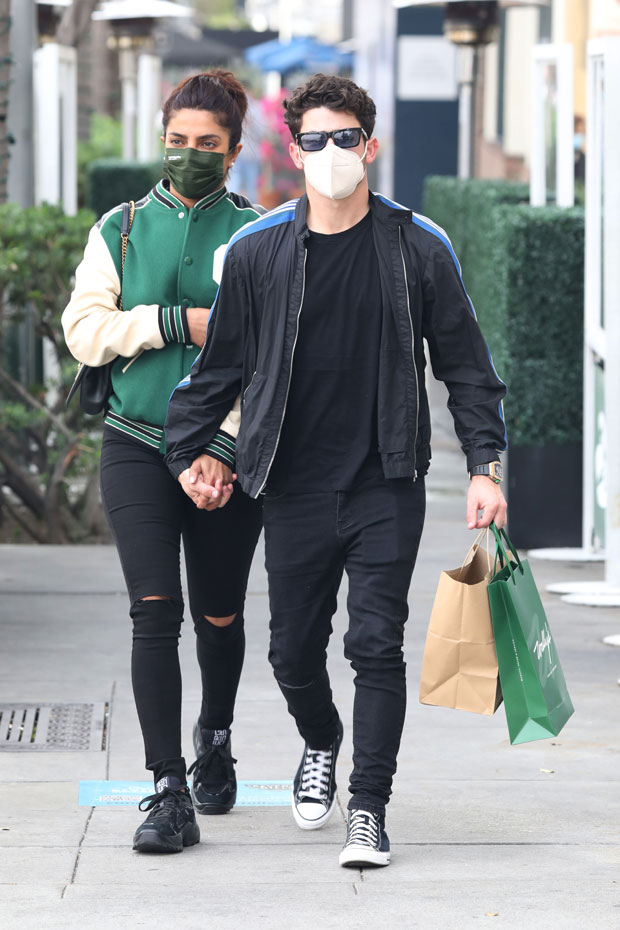 The two wore surgical masks for the outing to protect themselves and others amid the ongoing pandemic. The couple wed in 2018, hosting an elaborate ceremony in Priyanka’s native India that combined Hindu and western traditions to reflect both of their respective cultures. Of course, Nick’s famous brothers and Jonas Brothers bandmates Joe and Kevin were in attendance, as well as Joe’s now-wife Sophie Turner.

Following the festivities, Priyanka shared stunning snapshots from the ceremony on Instagram and reflected on blending the two cultures. “One of the most special things that our relationship has given us is a merging of families who love and respect each other’s faiths and cultures,” she wrote. “And so planning our wedding with an amalgamation of both was so so amazing. An important part of the pre wedding rituals for the girl in an Indian wedding is the Mehendi.” 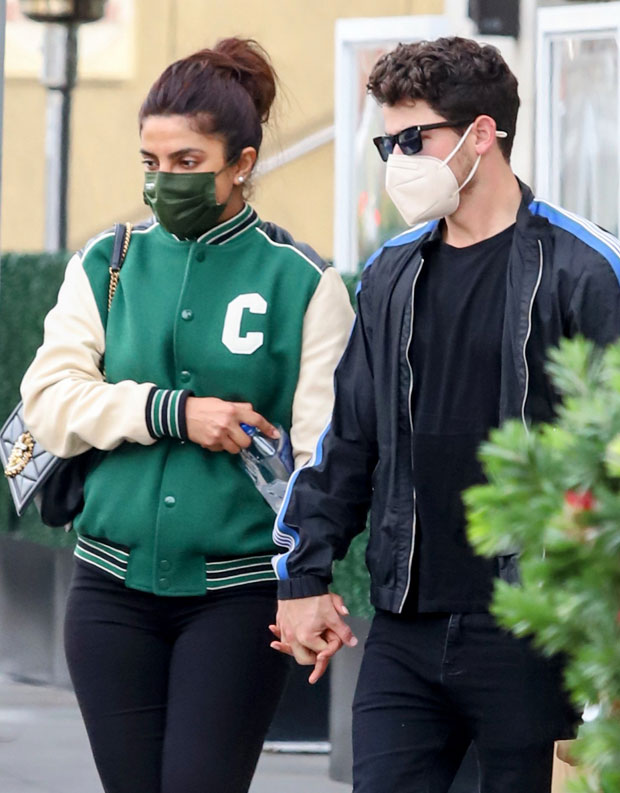 She added, “Once again we made it our own and it was an afternoon that kicked off the celebrations in the way we both dreamed.” In an interview with British newspaper The Sunday Times in January, Priyanka opened up about the age gap and cultural differences in their marriage, revealing that none have presented much of a hurdle. “Neither was a hurdle,” she revealed. “Nick took to India like a fish to water. But just like a normal couple, you have to understand each other’s habits and what each other likes.”

“So it’s more of an adventure than trying to figure out hurdles,” Priyanka continued. “None of it was really that hard. It’s so comforting to find a person who is in your corner. Whatever I may be in my professional life or how the world perceives me, I’m just a girl trying to live her life in the best way possible, and I’m so grateful to have a partner in doing that.” She also revealed that coronavirus lockdown had been a blessing for them. “Quarantine gave us the ability to spend a lot of time together, which I’m really blessed by,” she said. “Because with both of our careers it’s hard to find that kind of time.”