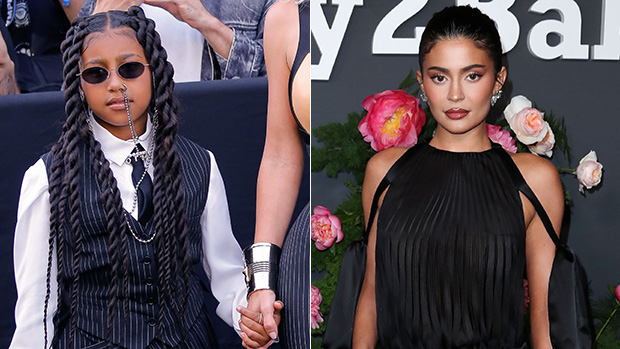 North West is already on her way to greatness! The budding makeup artist, 9, took to her shared TikTok account with mom Kim Kardashian to post a fun makeover video with aunt Kylie Jenner, 25 on Tuesday, November 22. “Doing auntie KYLIE make up,” she captioned the 48 second clip, which featured TLC’s 90s hit “Creep.” In the video, Kylie sat patiently in a makeup chair wearing a pretty pair of silver heart earrings and a black robe, her hair wet and pulled back with a wide black and white headband.

North’s hands were visible, applying everything from base and concealer to blush, lipstick, gloss, and eyeshadow and liner. She also appeared to have a young assistant join her. In the final shot, Kylie removed the headband and posed with a full face of perfect glam, and the pink toned palette looked stunning. The video had racked up nearly a million likes and four million views within just a few hours.

When it comes to the art of makeup, North is undoubtedly a steadily emerging talent. In fact, her famous mama once shared that North’s cinematic makeup skills nearly got the family in trouble! “North is really into special effects makeup, and she’s really good at it so I have a teacher come and show her special effects makeup where it’s like wounds and blood and tons of stuff,” Kim, told Allure in a video interview in July.

“She’s actually so good that I rented a house this summer … and she decided not only to prank me and do [the makeup] on her and Chicago, but she made the whole room look like a murder scene.” Kim attempted to tidy up the messy scene, but it didn’t do the trick. A housekeeper arrived the next day to a frightful sight after the reality star left to take the kids to school. 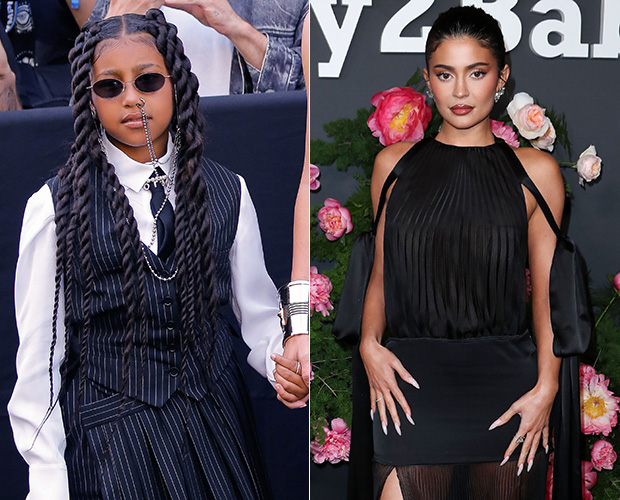 “The housekeeper came and tried to call the authorities and called the homeowner thinking that it was a full, real murder scene,” Kim recalled. “I had to let them know that it was completely just a prank and my kids were doing special effects makeup. It was bad.”

‘Yellowstone’ Gets ‘ET’ Aftershow Special On Paramount+ With Kevin Costner,

an EVEN DEEPER DIVE into the SYMBOLS