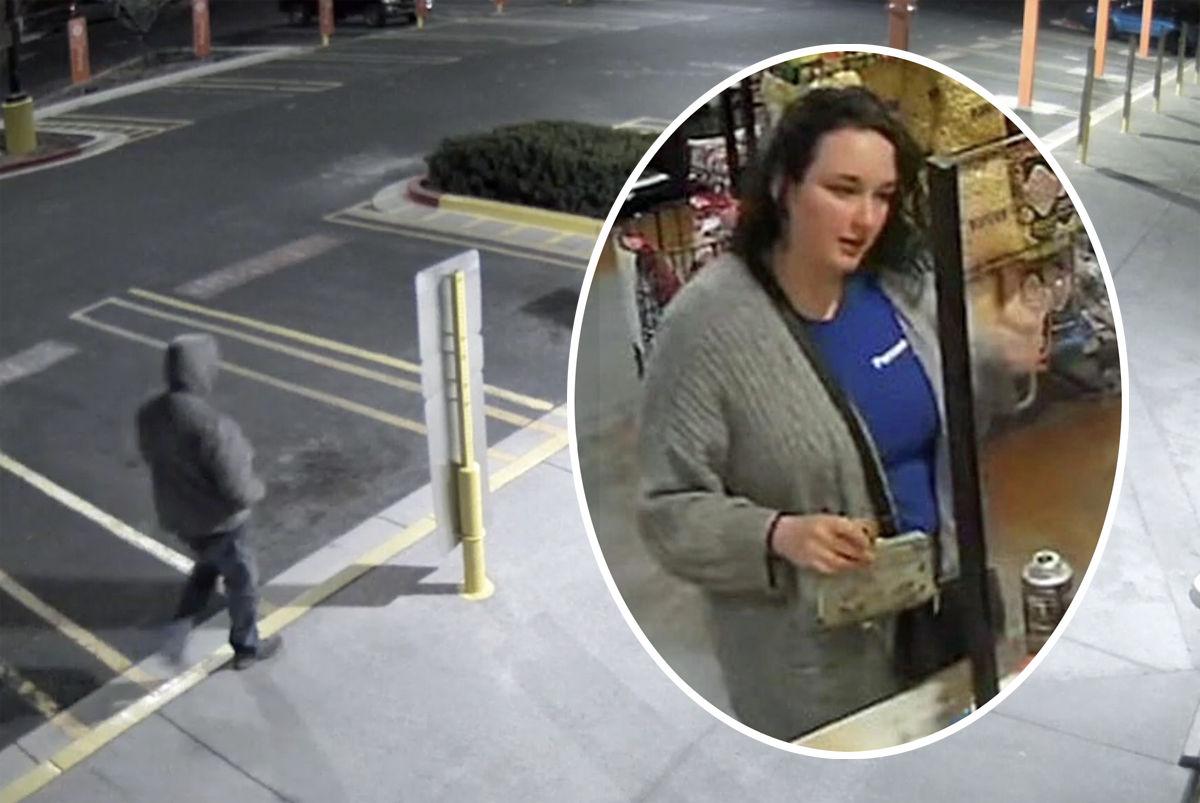 An 18-year-old girl disappeared from the parking lot of a Fernley, Nevada Walmart last week and police are desperate for help from the public!

According to authorities, Naomi Irion was last seen on March 12 at around 5 a.m. in the parking lot of the local Walmart. She was supposedly waiting for a shuttle to pick her up and take her to her job at Panasonic, a regular routine for her. In a press conference on Tuesday, Detective Erik Kusmerz with the Lyon County Sheriff’s Office revealed new information on the investigation, including footage of an unidentified man they think may have abducted her.

Via data from Irion’s cell phone, police know that she was active on social media between 5:09 a.m. and 5:23 a.m. In fact, she sent a Snapchat just one minute before she was approached by a man in a gray hoodie. In the security footage (below), the mystery man can be seen wandering outside the shop and walking in front of multiple cars before ultimately approaching Naomi’s vehicle.

Little is known about him at this time except that he is believed to be a six-foot man and driving in a dark-colored 2020 or newer Chevrolet 2500 High Country four-door pickup truck.

After approaching Noami, he can be seen standing at her window before he somehow coerces her to slide to the passenger seat. He then gets into the car and drives away with her inside. One day later, on March 15, her car was found a short distance away from the store. Police say evidence inside the car suggests her disappearance was criminal and suspicious.

Investigators have now focused their search on an area just north of Wadsworth, Nevada. The teenager’s phone pinged in that area for about 10 minutes before it was likely shut off.

Naomi’s family is especially concerned about her disappearance; they think this was a targeted attack. Her older brother, Casey Valley, explained that she regularly arrived at the Walmart parking lot early. A bus to take her to her job would arrive between 5:30 to 5:40 a.m. The fact that the suspect appeared to wait in the parking lot for Irion suggests he knew of her schedule.

The Lyon County Sheriff’s Office has also urged anyone with knowledge to reach out as soon as possible. Because a few others were seen in the security footage at the time of the alleged abduction, the family believes someone has information they aren’t giving the police.

Pleading for the community’s help, Valley said during the press conference:

“Please save my daughter and bring her home. Anything, any little, tiny bit of information, please call … No piece of information is too small to report. At this point, we need everyone’s help across the nation because the incident happened so close to I-80. She could be anywhere, anywhere in the nation.”

The family has planned another search on Saturday, but the specifics have not been revealed. They have asked anyone willing to look in the meantime to search in the north area of Interstate 80 where highways 427 and 95 intersect in the area east of the reservation.

Irion (above, inset) is described as 5’11” and about 240 pounds. She has brown hair, green eyes, and piercings on both sides of her nose and septum. She also has a smiley face tattoo on one of her ankles. She was last seen in a blue Panasonic shirt, a gray sweater, sweatpants, and knock-off Ugg boots. Anyone with information should contact Secret Witness at 775-322-4900.

The investigation has expanded in size, now including authorities from the local, state, and federal levels. We are sending our thoughts and love to this family in this scary time! Here’s to hoping they can bring Naomi home safely.

Melissa Gorga Guests On The Simonetta Lein Show On SLTV