Scott Disick Bonds With Son Mason, 11, In Miami After 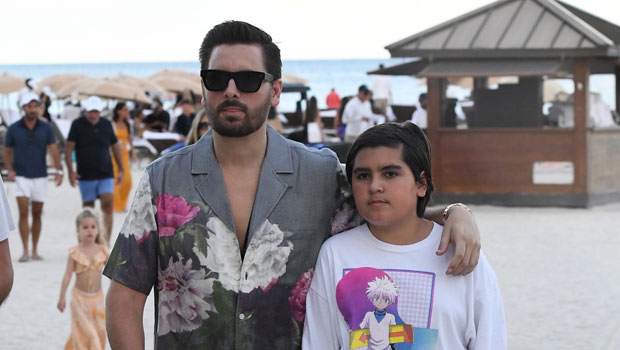 Scott Disick, 38, shared some father-son bonding time with his oldest child Mason, 11, over the weekend in Miami, Florida, as photographs revealed the two walking on the beach together. The two looked awfully sweet as they both wore colorful outfits, with dad Scott sporting a floral-printed, short-sleeved grey button down shirt and blue shorts, completing his look with black-and-yellow Nikes and dark sunglasses. Mason walked next to his dad in a white t-shirt with a multi-colored anime design on the front, also wearing red shorts, and beige Yeezy slides. 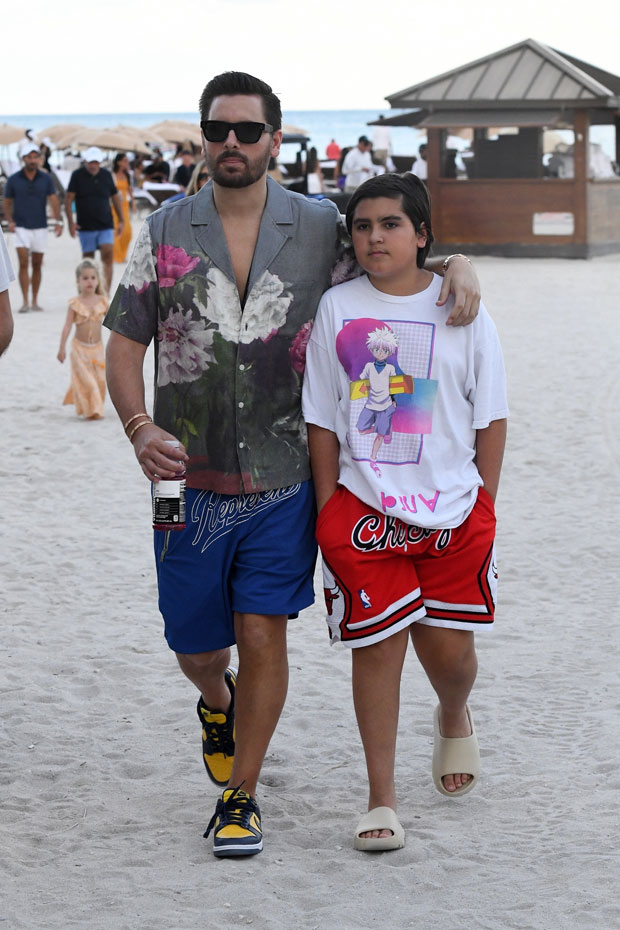 The father-son duo looked relaxed as they took in the beach locale, walking together while Scott drank what appeared to be a Vitamin water. The outing came after Mason’s mom, Kourtney Kardashian, 42, got engaged to boyfriend Travis Barker, 45, in Montecito, California on Oct. 17. Perhaps Scott is finding some comforting solace in hanging with his son, as sources have previously shared EXCLUSIVELY with HollywoodLife that Scott was “losing his s****” over his ex’s engagement news. 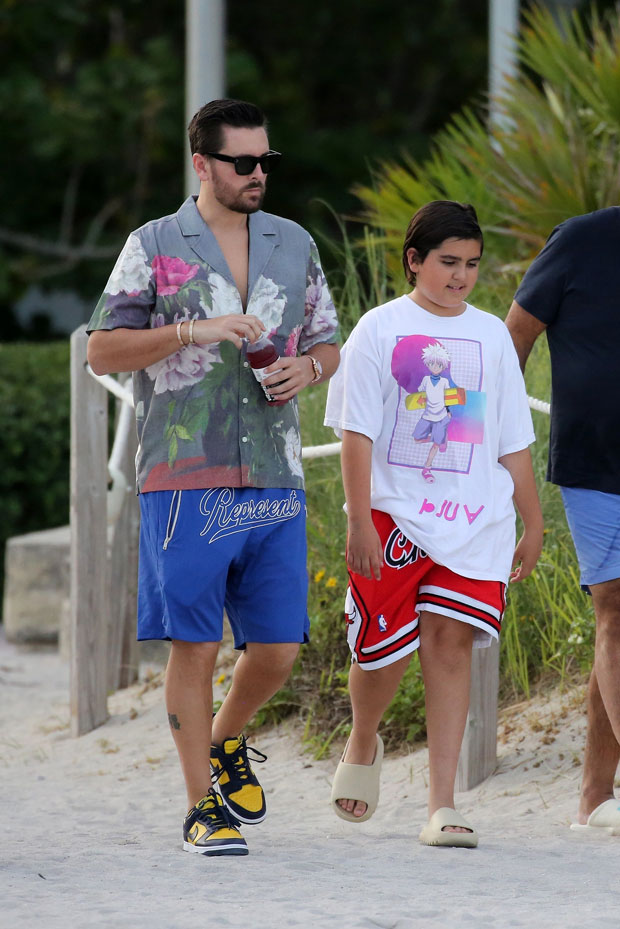 “He feels like he deserved some sort of warning that this was coming, but he really didn’t,” the source added about Scott’s reaction to the news. “This is what Kourtney has wanted her whole life and it is what Scott refused to give her. Now he has to deal with the consequences of his actions, or lack thereof, forever.” Scott has yet to speak publicly on the engagement news, but he first broke his social media silence by posting an Instagram story hanging with his other son, Reign, 6, getting more father-son time in to deal with the situation.

Although Scott also moved on from his on-again-off-again relationship with Kourtney, dating models Sofia Richie, 23, and Amelia Hamlin, 20, sources often shared how it was still difficult for the entrepreneur to fully move forward. Scott’s most recent girlfriend, Amelia, broke things off after some drama-worthy DMs were revealed wherein Scott disrespectfully discussed Kourtney’s PDA with Travis.