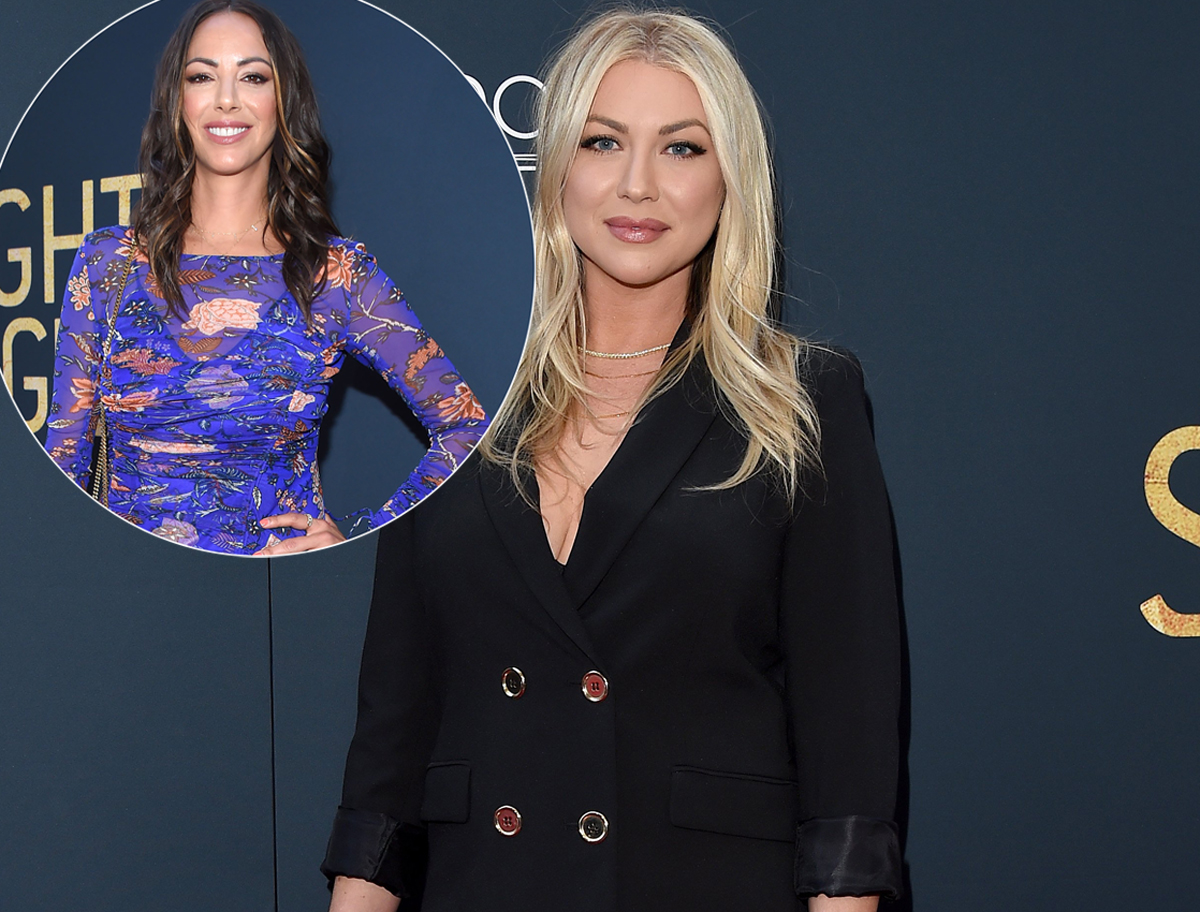 It turns out there may have been more people involved in the racism scandal that resulted in Stassi Schroeder and Kristen Doute being fired from Vanderpump Rules in 2020!

As you may recall, the two reality stars were let go from the Bravo series when Faith Stowers came forward to reveal they made racist comments and racially profiled her (the only Black cast member) by accusing her of a crime she did not commit to the police in 2018.  At the time, the Straight Up with Stassi host issued an apology for her actions after facing a ton of backlash, saying in a statement:

“Racially insensitive comments from my past have resurfaced. It is important that I continue to take accountability for what I have said and done, while pushing myself to do better. I have grown significantly from the person I was then, and I am still filled with remorse and regret for the hurt I caused. I am grateful for the people in my life that continue to check me and push me to evolve into a more educated person.”

But two years following the controversy, Stassi is now sharing some new details about what went down. During an interview on the Skinny Confidential Him and Her podcast Friday, the 33-year-old revealed that she and Kristen weren’t the only ones involved in the scandal. Yep, she claims there were allegedly other Vanderpump Rules stars who were a part of it, too! Stassi explained:

“I mean the cast members I’m friends with, everyone was there, I mean they witnessed… Lots of other people were a part of what went down. There were more people involved in ‘the incident’ that I was fired for. … And Kristen and I, obviously we were not gonna take people down with us. So we were like ‘Lucky you guys, those of you who didn’t get called out for this.’ So everyone was pretty kind because I think they were feeling lucky that they didn’t, that they still had a job.”

While Stassi did not name any names on the podcast episode, Max Boyens and Brett Caprioni were also axed at that time after tweets resurfaced that included racial slurs. Jax Taylor and Brittany Cartwright later left the show long after social media users called for their firings over their own alleged racist actions. As a quick refresher, Jax had accused Faith of the same crimes Stassi and Kristen did at the time when ask by a fan if she’d continue on VPR:

“She’s wanted by the police for grand theft auto and ‘awol’ from military, bad idea to be on a reality show dude. Someone’s going to jail.”

Meanwhile, Brittany was slammed by another follower, who asked her to “address the racism regarding Faith Stowers, calling her hair ‘nappy’ as well as complicit support of the cops being called on her?” However, she ended up denying both accusations.

Faith also previously called out former co-stars for their terrible actions towards her following her cheating scandal with Jax while he was dating Brittany. She recalled one incident to Entertainment Tonight, saying:

“They tried to have the military also arrest me or take me down because they thought I went AWOL, not knowing that I have honorable discharge papers that show that I had done my eight years of service for my country. So they tried to take that from me too and then when that didn’t work, they said the night of the scandal, when it all comes out, the night of Scheana [Shay]‘s birthday party, Jax’s car went missing out of his home. They said that I was the person that went into his home and did grand theft auto, like, I went and broke into his home and stole his car. So they said so much that it was hard to take in and I was really numb at that moment.”

So it is clearly no secret that VPR has a serious issue with racism and ignorance over the years. What do you think about Stassi’s claim, Perezcious readers? Sound OFF in the comments (below).

“Cult classic of the future” LAGUNA AVE debuts on VOD