Taylor Swift Performs 10-Minute Version Of All Too Well As 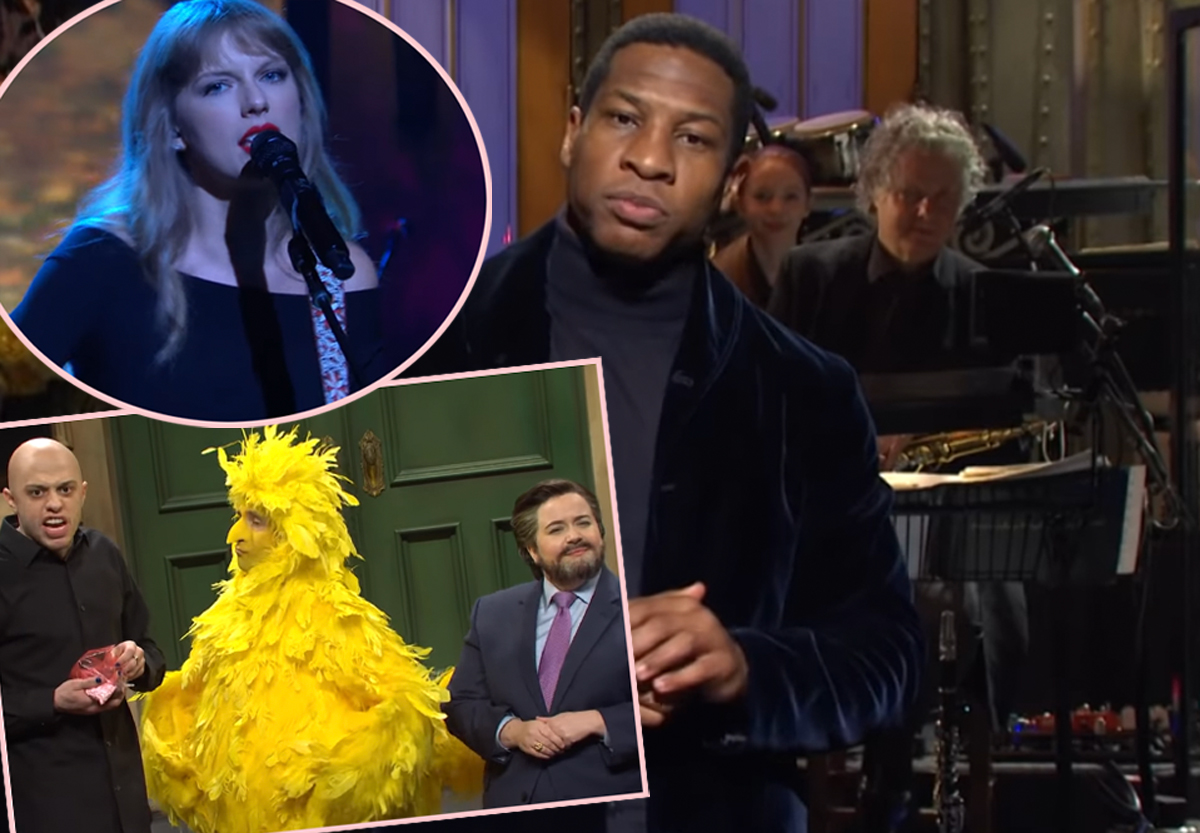 During his first hosting gig, the 32-year-old Lovecraft Country star was joined by highly-anticipated musical guest Taylor Swift. At the start of the night, it highlighted #FreedBritney. Chloe Fineman briefly revived her impression of Britney Spears during the cold open, which featured Aidy Bryant’s Ted Cruz chatting with Sesame Street characters about their experiences taking the COVID-19 vaccine and more. After Chris Redd’s Oscar the Grouch explained how he was spending his stimulus checks, Chloe appeared to celebrate Brit’s conservatorship ending:

In his opening monologue, Majors took the opportunity to acknowledge the downside (for him at least) of working with Idris Elba on the new Netflix movie The Harder They Fall, saying:

“It was fun filming that movie, but if you ever want to feel bad about how you look, definitely spend two months standing right next to Idris Elba! It humbles you!”

We bet! He then reflected on his journey to becoming a leading man, sharing:

“Growing up, I was a military brat. My father was in the Air Force, my mother was a pastor, so hallelujah, and I moved around a lot. I like to say I was born in California, raised in Texas, educated in North Carolina, roughed up in New York City, and re-educated in New Haven, Connecticut, which I guess is my roundabout way of saying, yeah, I went to Yale.”

Ch-ch-check out the entire monologue (below):

One of the highlights of the night came from the commercial parody “Man Park,” where socially awkward guys played by the cast attempt to form relationships and connect over things like Marvel and sports (below):

Instead of the usual two performances by the musical guest, Taylor delivered an emotional performance of the full 10-minute version of her iconic song All Too Well from her newly re-released album Red (Taylor’s Version). The 31-year-old singer wore all black and red lipstick while footage from All Too Well: The Short Film played in the background as leaves and later snow fell onto the stage. It was a moment! Take a look (below):

So good! Jake Gyllenhaal must be quaking after that raw performance!

She also teamed up with Davidson for a musical parody roasting the “Three Sad Virgins” — AKA the show writers Ben Marshall, John Higgins, and Martin Herlihy — about their lack of sex appeal. Check it out (below):

In case you missed last night’s episode, ch-ch-check out the rest of the sketches (below):

What did YOU think about last night’s episode? Let us know your reactions in the comments!