Unbreakable IRL? Woman Walks Away From Horrific Car Crash With 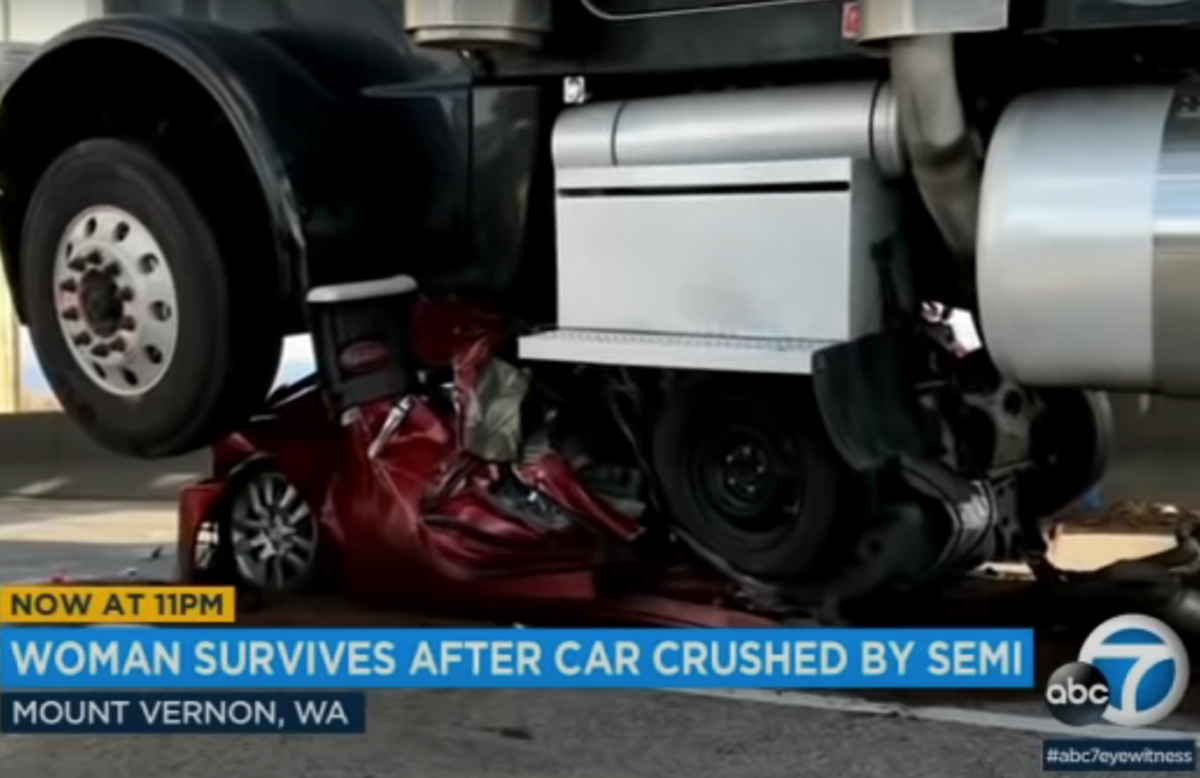 Does this lady have super powers or what?!

Police were baffled when a Washington woman’s Nissan Altima was completely flattened by an 18-wheeler in a devastating crash — and she eventually walked out of the car with barely a scratch!

According to reports, the horrific collision went down on the Skagit River Bridge in Mount Vernon on Tuesday morning. It was one of many accidents in the area due to historic flooding and landslides.

When officials got to the scene of this one, they assumed the worst. State Trooper Rocky Oliphant told Fox13:

“I have never seen a collision like that before in my career, and I’ve been with state patrol for 14 years.”

The 18-wheeler reportedly failed to stop in time and rear-ended the itty bitty Altima, shoving it into another truck. The car was folded in two as the 18-wheeler drove over it, completely crushing it with the woman inside.

“The impact was so significant it folded the back end of the car over onto the rear compartment, and rode on top of the car.”

Miraculously, the 46-year-old driver was still alive — and barely injured! The officer continued:

“When troopers arrived, we could still hear a person inside the car. And once the tow truck was there to lift up the front end of that semi truck, that person was actually able to get out of the car themselves, and walk from the car.”

The woman was taken to a local hospital for treatment of her minor injuries. Ch-ch-check out the news clip (below) to see how insane the crash actually was.